One year after Congress moved to Washington, D.C., the Federalist-controlled Congress passed—and President John Adams signed—the Judiciary Act of 1801. The Act reformed the federal judiciary and created the predecessors to today’s Courts of the District of Columbia Circuit.

Because of the peculiar nature of the District of Columbia—the seat of the federal government, not a State, yet needing all of the services traditionally provided by state governments—Congress has repeatedly reorganized the D.C. courts, reallocating jurisdiction for federal and local matters between the various courts, sometimes unifying the courts, sometimes dividing them. 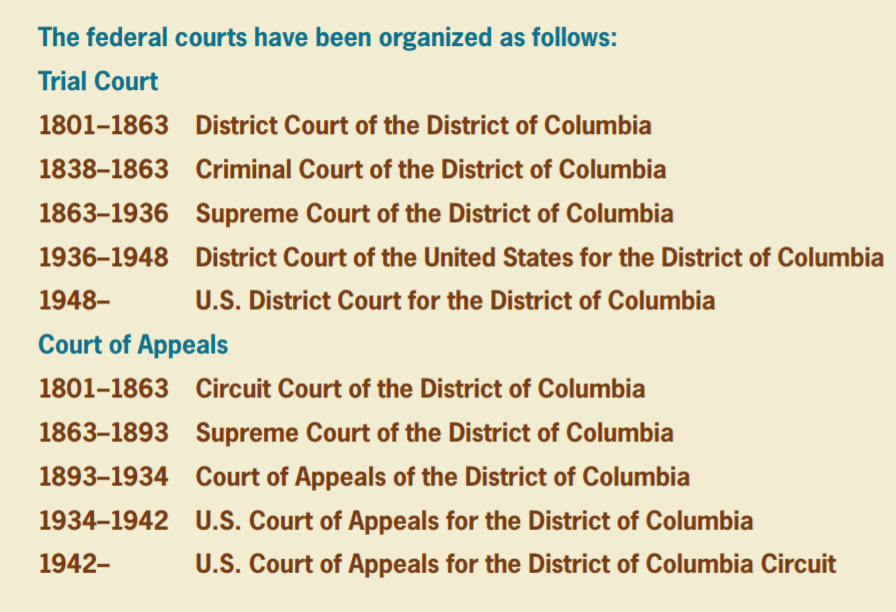