Many of the highlights of the 200-year history of the Courts of the D.C. Circuit are revealed in an exhibition prepared by the Historical Society for the Courts. The exhibition was unveiled at the opening of the William B. Bryant Annex to the Courthouse.

Ten display panels which capture the Courts’ history include photographs, articles, and text on the creation of the Courts and many of their high-profile cases as well as a tribute to Judge William Benson Bryant, who was appointed to the U.S. District Court in 1965, served as the Court’s Chief Judge, and was one of the Court’s most respected judges.

The exhibit can be viewed in the Great Hall of the Barrett Prettyman U.S. Courthouse today at 333 Constitution Avenue, Washington, D.C. 20001. 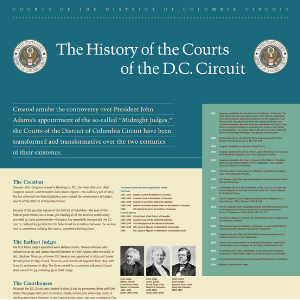 The History of the Courts of the D.C. Circuit 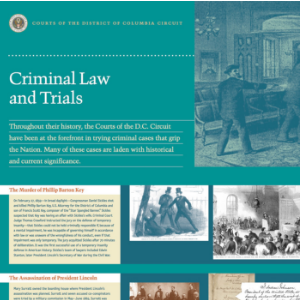 Throughout their history, many of the criminal cases that have gripped the nation have been tried in the Courts of the D.C. Circuit. 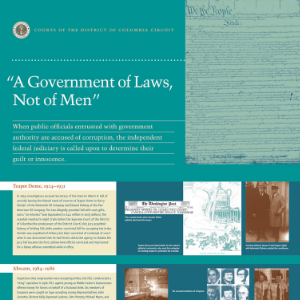 A Government of Laws, Not of Men

When public officials entrusted with government authority are accused of corruption, the independent federal judiciary is called upon to determine their guilt or innocence. 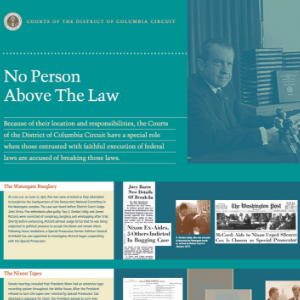 No Person Above The Law

Because of their location and responsibilities, the Courts of the District of Columbia Circuit have a special role when those entrusted with the faithful execution of federal laws are accused of breaking those laws. 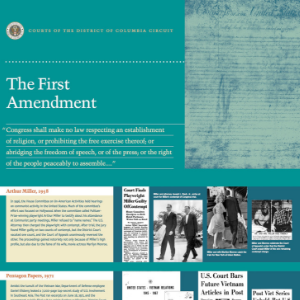 “Congress shall make no law respecting an establishment of religion, or prohibiting the free exercise thereof; or abridging the freedom of speech, or of the press; or the right of the people peaceably to assemble….” 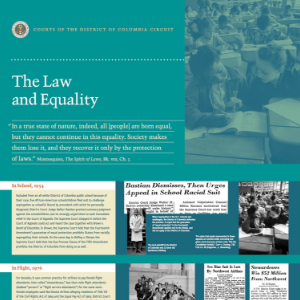 The Law and Equality

“In a true state of nature, indeed, all [people] are born equal, but they cannot continue in this equality. Society makes them lose it, and they recover it only by the protection of laws.” 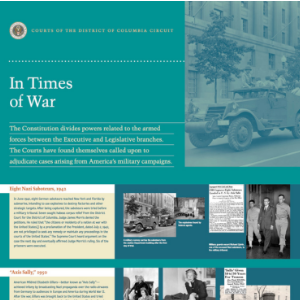 In Times of War

The Constitution divides powers related to the armed forces between the Executive and Legislative branches. The Courts have found themselves called upon to adjudicate cases arising from America’s military campaigns. 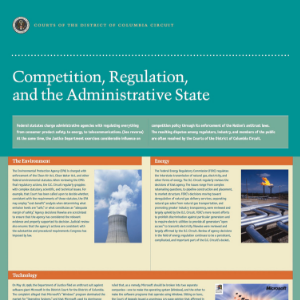 Federal statutes charge administrative agencies with regulating everything from consumer product safety, to energy, to telecommunications. At the same time, the Justice Department exercises considerable influence on competition policy through its enforcement of the Nation’s antitrust laws. The resulting disputes among regulators, industry, and members of the public are often resolved by the Courts of the District of Columbia Circuit. 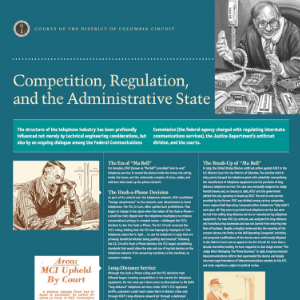 The structure of the telephone industry has been profoundly influenced not merely by technical engineering considerations, but also by an ongoing dialogue among the Federal Communications Commission (the federal agency charged with regulating interstate communications services), the Justice Department’s antitrust division, and the courts. 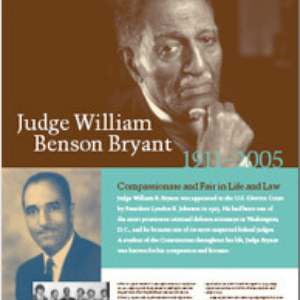 Judge William B. Bryant was appointed to the U.S. District Court by President Lyndon B. Johnson in 1965. He had been one of the most prominent criminal defense attorneys in Washington, D.C., and he became one of its most respected federal judges. A student of the Constitution throughout his life, Judge Bryant was known for his compassion and fairness.