Included on this page are a collection of feature stories and articles written by and about members of the D.C. legal community.

A Tribute to Justice Ruth Bader Ginsburg
The “Missing Chapter” 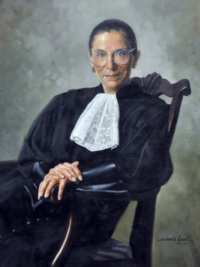 In 1990, Linda Ferren, then Circuit Executive, received a call from then-Judge Ruth Bader Ginsburg. Judge Ginsburg invited Linda to come to her Chambers to discuss an idea – the creation of a historical society for the D.C. Circuit Courts. In particular, Judge Ginsburg wished to facilitate the writing of a history of these Courts and the creation of oral histories of judges, lawyers and others serving them. In 2020, we celebrate the 30th Anniversary of Justice Ginsburg’s vision and of her service as the Honorary Chair of the Historical Society of the District of Columbia Circuit. With her passing, and because of her importance to the Society, it is fitting that we reflect on what some might say is a “Missing Chapter” in the remembrances of her exemplary career – her 13 years on the D.C. Circuit Court of Appeals. The following article draws on recollections of her judicial colleagues and law clerks 1980 to 1993.

Read the Missing Chapter in the Story. 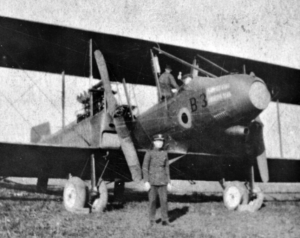 In 1917, many Americans had never seen an airplane. That year the Navy, with support from its young Assistant Secretary, Franklin Roosevelt, bought its first. Only the year before had the Army used planes—unarmed “Jennies” dispatched by General Pershing to observe the movements of Pancho Villa’s rebels in Mexico. When America declared war on April 6, 1917, its combined Army and Navy aerial force consisted of thirty-five qualified pilots and fifty-five airplanes. All but four were obsolete. No non-obsolete plane was armed. All were useless for combat.

That’s when Charles Fahy enlisted in Navy Aviation. “… I fairly quickly straightened out in my own mind where lay our interests and the relative morals of the matter.” So he decided. “Being unmarried and with no dependents I felt I should go into the service.”

The Evolution of the Courts of the D.C. Circuit

For almost 200 years, the judicial system of the District of Columbia dealt with a commixture of federal and local concerns born of its unique character as the capital of all the states, yet not a state. Faced with the needs of a growing population and an increasingly complex federal government, Congress repeatedly reorganized the District of Columbia courts, reallocating jurisdiction for federal and local matters between the various courts, sometimes unifying the courts, sometimes dividing them.

What Makes the D.C. Circuit Different?
A Historical View 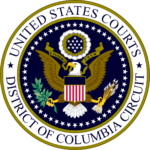 Each of the federal circuit courts of appeals has its own unique character. The D.C. Circuit is no exception. This distinctiveness is the result of local legal cultures, differences in rules, and differences in the personalities that have sat on the bench at each of the circuits and have impressed their own character on the institution.

For example, I am sure you are familiar with the tradition in the Court of Appeals for the Fourth Circuit, where at the end of oral argument the judges come down from the bench and shake hands with the lawyers. It is a very endearing custom emblematic of the grace and hospitality of the region encompassed by the Fourth Circuit. 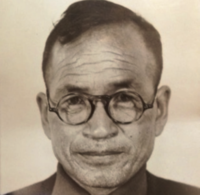 In 1957, Charles Fahy shared his recollections of the case of the Japanese-born fisherman “barred from our courts” during war with Japan: “I thought this unsound.” An aspect of the opinion lingering with special pleasure for Fahy, champion of the working man’s right to fair wages, was Justice Black’s “interesting observation” that English-born men fought for America in the war of 1812. “If they could fight for us, the Court seemed to be saying, they could sue in our court for wages.”

For Solicitor General Charles Fahy, this was not the usual case of a President, federal department, or Congress expecting his defense of executive action or congressional enactment. A Japanese-born noncitizen pursuing a private claim against an American business during war with Japan presented singular circumstances. The Supreme Court had signaled no leanings either way in its dry disposition on June 8. The one certainty of Fahy’s brief was that its author was not bound to either side, but was “amicus curiae”—friend of the Court.

A Survey of the Judges’ Views on Appellate Advocacy

Any attorney handling an appeal in the United States Court of Appeals for the District of Columbia Circuit would wish to know the answers to several critical questions:  What makes for a great appellate advocate?  What telling mistakes do attorneys too often make in their written briefs and oral arguments?  What’s more important, briefing or oral advocacy?  Can counsel lose a case because of subpar briefing or oral argument?  In November 2020, Judge Harry T. Edwards prepared a report summarizing answers to these and other questions – a report that reflects the comments and observations of no fewer than thirteen current members of Court of Appeals.  No doubt every appellate advocate will want to read and carefully study Judge Edwards’s report, which also includes summary data on the workload and disposition of cases of the Court of Appeals for the past three years.

Thirteen Who Paved the Way – The First Women D.C. AUSAs 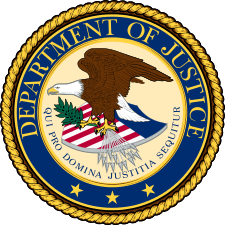 The first woman appointed to serve as an Assistant United States Attorney for the District of Columbia was Pearl McCall, who joined the Office in 1921.  From then until 1970, a period when few women had been admitted to the bar in the U.S., only a dozen other women served as AUSAs in Washington.  Carol Garfiel Freeman, the eleventh woman on this distinguished list, has authored a fascinating article identifying these pioneering women and summarizing their numerous accomplishments.  Freeman’s article is an important new contribution to the “Articles” section maintained by the Historical Society on this website.