Getting Tough on Crime 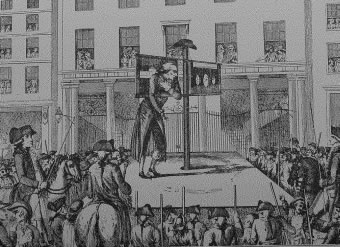 Think current punishment for crimes is excessive? When the courts of the District of Columbia opened for business in 1801, penalties included whipping, the pillory, and branding with a great key heated to a white glow by a jailer. Thirty crimes were punishable by death on the Alexandria side of the Potomac, where Virginia law was applied, and 14 under state law on the Maryland side, where the death penalty was prescribed for such trivial crimes as the theft of five shillings. Nonetheless, judges usually declined to impose such penalties. Only three executions were carried out between 1801 and 1850.