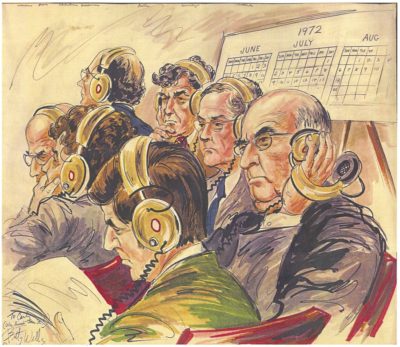 An Artist’s Sketch of Watergate Hearing – Donated by Carl Stern to the D.C. Circuit Historical Society on November 17, 2004

Celebrating its 20th anniversary, the Historical Society presented a program at the D.C. Circuit’s Judicial Conference on June 9, 2010. Panelists, all active participants in the Watergate drama, probed the conflicts, tensions and personalities of the individuals who, and institutions that, played a role in the Watergate events.