Warner Gardner and the Court-Packing Plan 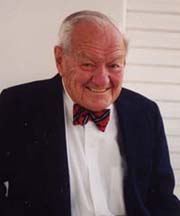 In 1933, President Franklin Roosevelt launched a dramatic legislative program to help the country recover from the Great Depression and to reform business conditions, but he ran headlong into old legal notions of “liberty of contract.” The Supreme Court had fallen back on these in striking down key elements of Roosevelt’s program. Writer Genevieve Beske relies on the oral history of lawyer Warner Gardner to show what was happening behind the scenes in this clash with the courts including Roosevelt’s so-called “court packing” proposal to name additional justices to the Supreme Court.