Until 1952 the U.S. Court of Appeals and the U.S. District Court operated under separate roofs in fact, many roofs. Previously, the Court of Appeals occupied a Greek Revival structure built in 1909 near the former City Hall at John Marshall Place and D Street, N.W. The land had once been intended for the United States Mint, and its neighbors had included public baths and a circus building. The City Hall had been seized by the federal government in 1873 for use by the District Court which eventually was scattered over nine different buildings. All came together in the new courthouse, proposed in 1938 but postponed during the war. At the laying of the cornerstone, President Harry Truman declared, “Nowhere else, outside of the Supreme Court of the United States, will so many legal questions of national magnitude be decided as in the building before us.” 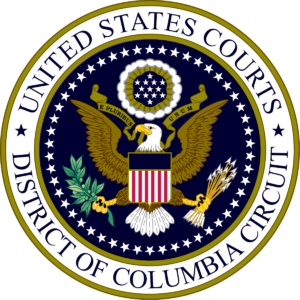