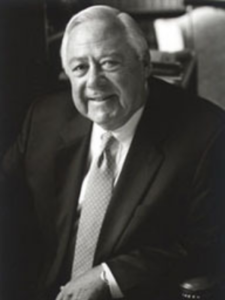 Thomas Penfield Jackson began his legal career as a medical malpractice defense lawyer in a small local firm. As he freely admits in his oral history, he was hardly expecting the phone call he received in 1982 from President Reagan, nominating him to the federal bench.

As a district judge, he presided over numerous high-profile trials, including the drug prosecution of Mayor Marion Barry and the government’s antitrust case against Microsoft (for which he was castigated by the Court of Appeals for speaking off-the-record during the trial to a reporter). Judge Jackson’s recollections of his experiences, both as a private attorney and as a judge, are summarized by Eva Petko Esber, a Williams & Connolly litigator who participated in taking his oral history.