The Repossessed Stereo That Struck the Conscience of the Court

In a case from Washington, D.C., the U.S. Court of Appeals for the District of Columbia Circuit drew national attention over 50 years ago for its strong voice for consumer protection. In 1962, when Ora Lee Williams, an uneducated mother of seven, defaulted on an installment contract for a stereo she had purchased for $515 (leaving $ 164 not yet paid) from the Walker-Thomas furniture store at 7th & M Streets, N.W., the company came to the Court of General Sessions to repossess not only the stereo but — under a fine-print, lengthy contract — all the items she had purchased from the store since 1957. As was usual at the time, the Court, affirmed on appeal, found no basis for denying enforcement of the contract. The “unconscionability” provisions of the Uniform Commercial Code had not yet been widely adopted. Yet, the U.S. Court of Appeals for the District of Columbia, in an opinion written by J. Skelly Wright, employed its common law and equity authority to hold that “when a party of little bargaining power, and hence little real choice, signs a commercially unreasonable contract with little or no knowledge of its terms, it is hardly likely that (her) consent .. was ever given to all its terms.” The decision, Williams v. Walker-Thomas Furniture Co., 350 F. 2d 445 (1965), became a staple of first-year law school contract law courses. 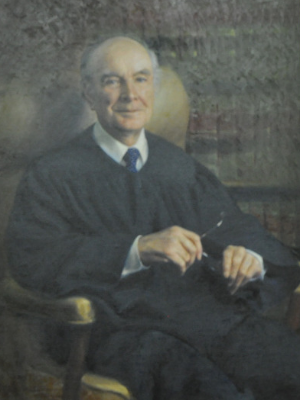