Senate hearings revealed that President Nixon had an extensive taperecording system throughout the White House. After the President refused to turn the tapes over voluntarily, Special Prosecutor Cox obtained a subpoena for them. The President agreed to turn over everything except the tapes, invoking executive privilege.

Judge Sirica rejected the claim of privilege, and ordered the President to produce the tapes. The Court of Appeals affirmed. 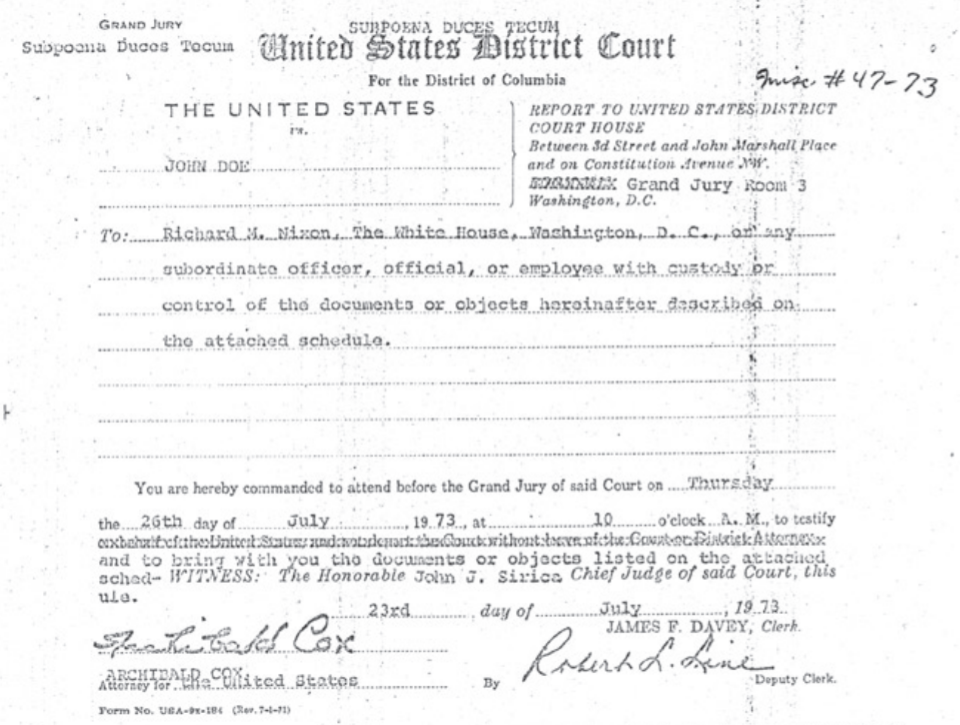