To show their disagreement with the war effort in Vietnam, thousands of protestors filled the streets of Washington to halt the day-to-day operations of the federal government.

Between April 22 and May 6, 1971, the police arrested 14,517 persons, typically on charges of disorderly conduct. The government held more than 1,500 of these protestors at the Washington Coliseum. Of those charged, 871 proceeded to full trial on the merits.

The Court of Appeals eventually ordered the District Court to enjoin prosecutions not supported by specific evidence—the vast majority of cases. 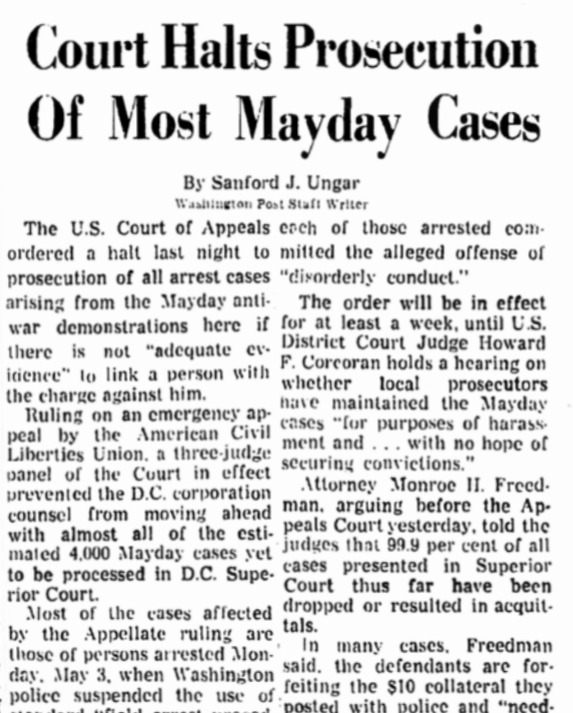 The Court later ordered that the arrest records of thousands of protestors be expunged. In 1976, a class action lawsuit was filed on behalf of 1,200 arrested protestors against former Attorney General John Mitchell, former U.S. Capitol Police Chief James Powell, the District of Columbia, and others, alleging that the officials violated their First Amendment rights. In 1981, the parties settled.