The Era of “Ma Bell”

For decades, AT&T (known as “Ma Bell”) provided “end-to-end” telephone service: It owned the phone inside the home; the wiring inside the home; and the nationwide complex of wires, cables, and switches that made up the phone network.

As part of its control over the telephone network, AT&T prohibited “foreign attachments” to the network, even attachments to home telephones. The FCC, in turn, often upheld such prohibitions.

That began to change in the 1950s when the maker of the Hush-a‑Phone— a small box that clipped over the telephone mouthpiece to enhance conversational privacy in crowded rooms—challenged the FCC’s decision to bar the Hush-a-Phone. 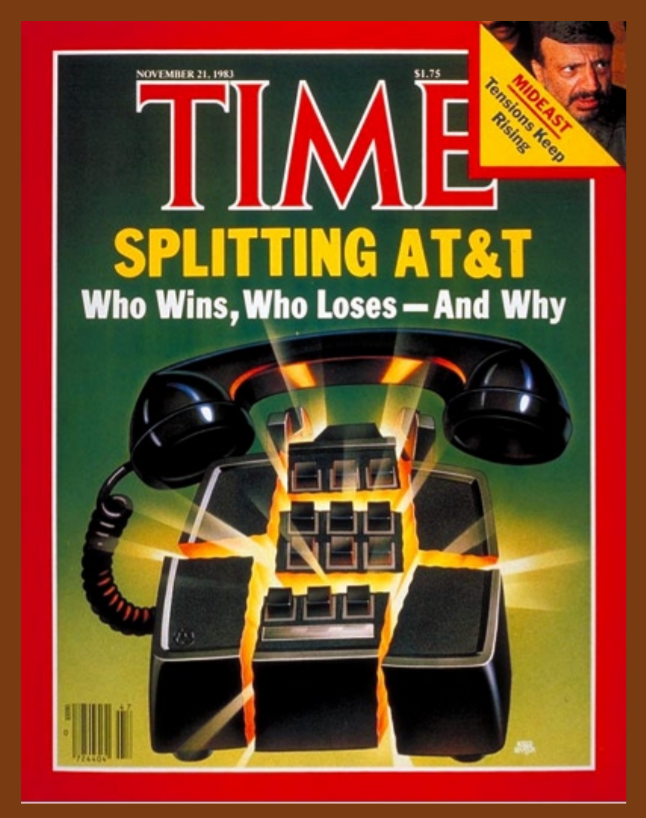 The D.C. Circuit reversed the FCC’s ruling, holding that the FCC had improperly impinged on “the telephone subscriber’s right . . . to use his telephone in ways that are privately beneficial without being publicly detrimental.”

Following the D.C. Circuit’s Hush-a-Phone decision, the FCC began establishing standards that would allow the sale and use of myriad devices on the telephone network, from answering machines, to fax machines, to computer modems.

Although the Hush-a-Phone ruling and the FCC decisions that followed began creating competition in the market for telephone equipment, for the most part there were no alternatives to Ma Bell’s “long distance” telephone services. Under AT&T’s FCC-approved tariffs, customers could reach subscribers in distant cities only through AT&T’s long-distance network (or through a dedicated long-distance link for their sole use).

When MCI sought to introduce an inter-city “Execunet” service—which took advantage of AT&T’s network for the “local” portion of the call but used MCI’s facilities for “long distance” carriage—the FCC resisted. The D.C. Circuit twice overturned FCC decisions that would have prevented MCI from offering the new service. Eventually, the FCC adopted an “open entry” policy for all interstate services. The FCC’s actions were soon overshadowed, however, by the Justice Department’s antitrust lawsuit against AT&T.

In 1974, the United States filed an antitrust action against AT&T in the U.S. District Court for the District of Columbia. The suit (the third in sixty years) charged the telephone giant with unlawfully monopolizing the manufacture of telephone equipment and the provision of long distance telephone service. The case was eventually assigned to Judge Harold Greene and, on January 8, 1982, AT&T and the government settled the suit, agreeing to break-up AT&T. The end-to-end service provided by the former AT&T was divided among various companies.

Despite a lengthy review period, the meaning of the consent decree, the limits on the Bell Operating Companies’ activities, and proposed modifications of the decree were continuously litigated in the District Court and on appeal in the D.C. Circuit for more than a decade thereafter, leading Fortune magazine to dub Judge Greene “The Judge Who’s Reshaping The Phone Business.”