The Dark Days of the Black Codes 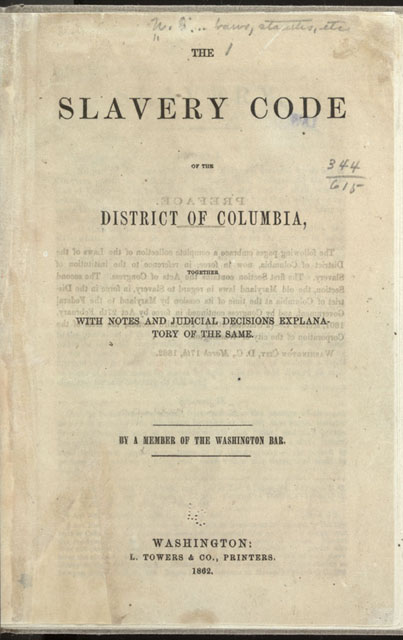 Fourteen-year-old Nancy Jones was scared. She had been stopped by a policeman while walking down a Washington, D.C. street, and he had asked to see her papers. Nancy had good cause to be afraid. She was an African American, and it was 1835. And she did not have the papers. The policeman immediately arrested her as a runaway slave. Yet, Nancy was not a slave and never had been one.

Most of us know that there were slave and nonslave African Americans in the District of Columbia before the Civil War. In fact, slavery was not abolished in the District of Columbia until April 1862, a year after the Civil War began. In 1835, the year Nancy was arrested, the population of Washington was only about 21,000 (not including Georgetown, then a separate city, and the parts of Virginia then in the District). A little more than a quarter of those were African American, roughly one-third slaves and two-thirds free.

But even nonslaves, like Nancy, were not entirely free — if they were black. Read the entire article.