The Attempted Assassination of President Reagan

In 1981, John Hinckley, Jr. attempted to assassinate President Ronald Reagan outside the Washington Hilton Hotel. At trial, an expert witness for the defense presented evidence that Hinckley suffered from schizophrenia and exhibited major symptoms of mental illness. After deliberating for three days, the jury concluded on June 21, 1982 that Hinckley was not guilty by reason of insanity. Hinckley has been confined to a mental institution ever since. 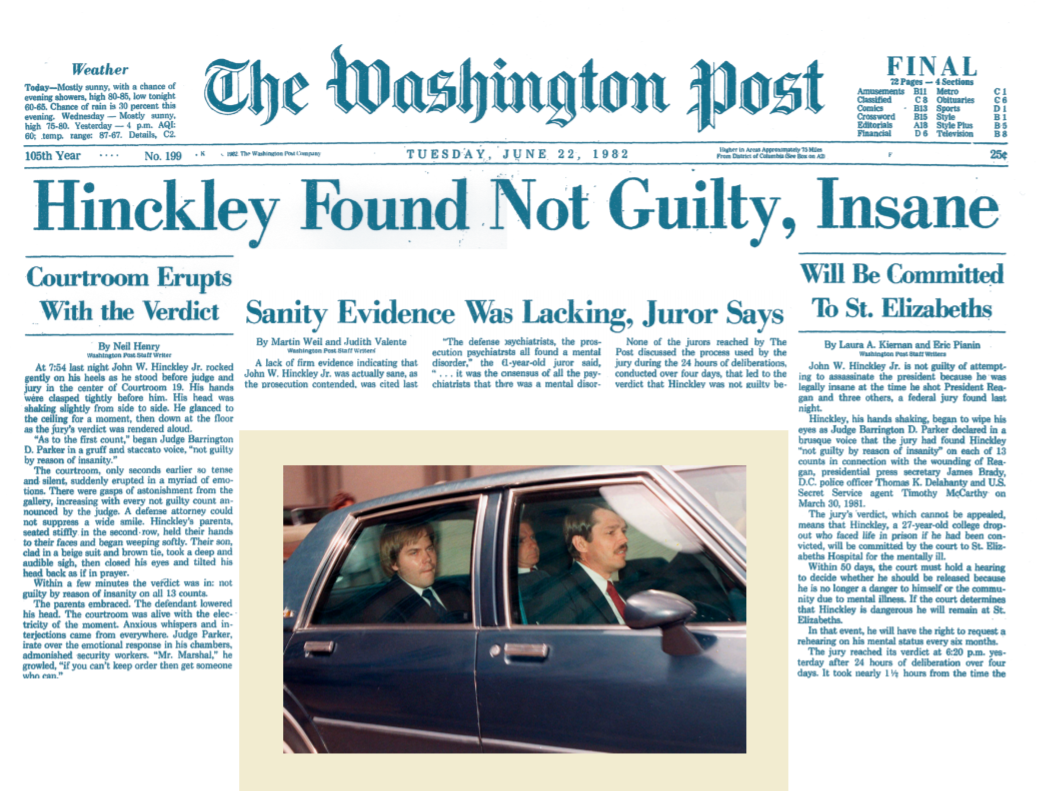