In 1924, investigators accused Secretary of the Interior Albert H. Fall of secretly leasing the federal naval oil reserve at Teapot Dome to Harry Sinclair of the Mammoth Oil Company and Edward Doheny of the Pan American Oil Company.

The two allegedly provided Fall with cash, gifts, and a “no-interest” loan (equivalent to $4.1 million in 2005 dollars). The scandals resulted in eight trials before the Supreme Court of the District of Columbia (the predecessor of the District Court). 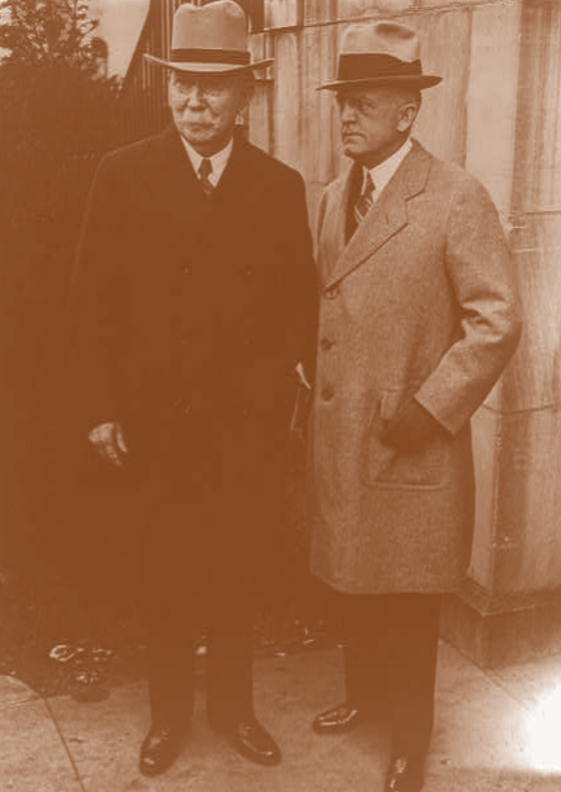 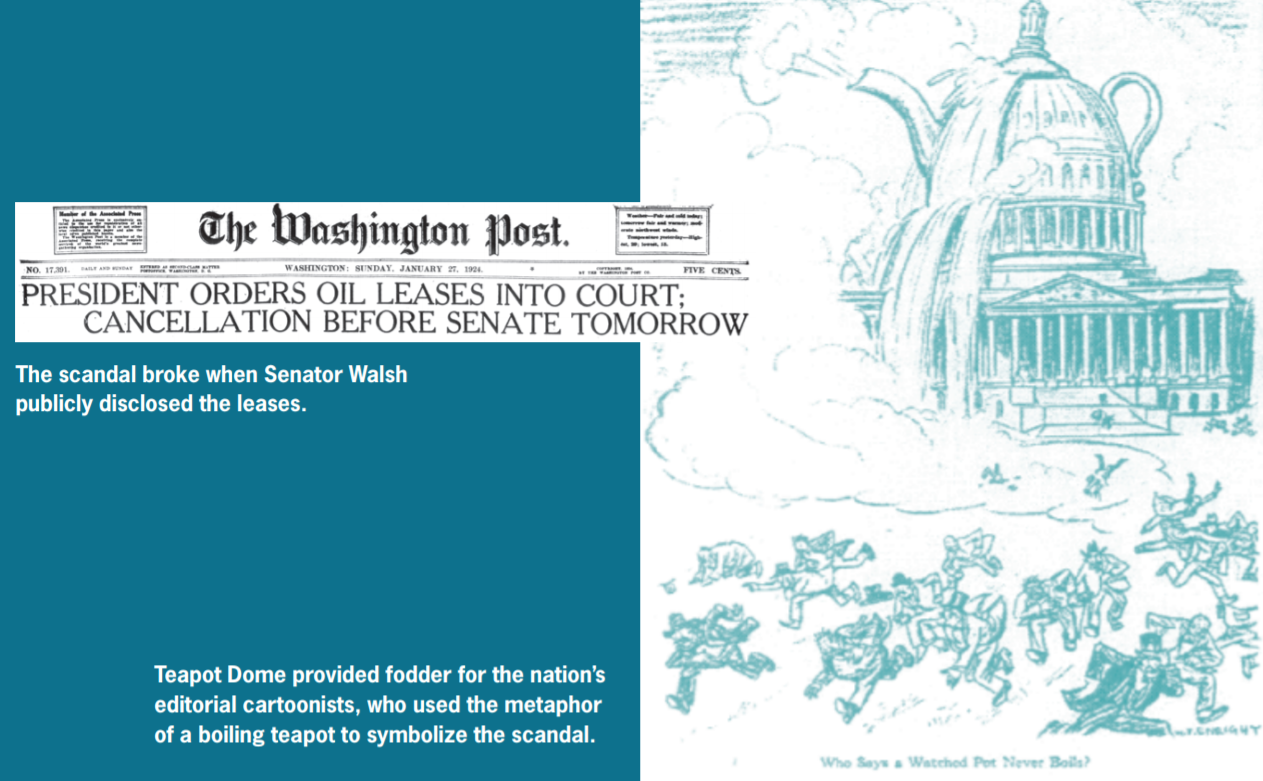 One jury acquitted Doheny of bribing Fall, while another convicted Fall for accepting the bribe. Sinclair was acquitted of bribery but later convicted of contempt of court when it was discovered that he had hired a detective agency to shadow the jury. Fall became the first cabinet-level official convicted and imprisoned for a felony offense committed while in office.