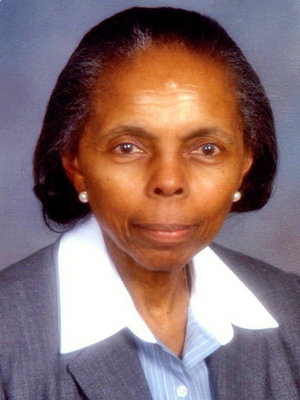 Although Judge Inez Smith Reid did not serve on the D.C. Circuit courts, she was a critical figure in Washington D.C. judicial circles, having served for over two decades on the D.C. Court of Appeals.

Born in New Orleans in 1937, Judge Smith Reid came to Washington, D.C., her mother’s home, at the age of two. In her oral history, taken between 2005 and 2010, Judge Reid reflects on her childhood, early education and the importance of her mother’s expectations. “Each of us [she and her two brothers] was told in no uncertain circumstances that we all could not stop our education until we had gotten the ultimate degree, which was then considered to be the Ph.D.” Judge Smith Reid recounts what it was like growing up in a segregated Washington, D.C., with “Division I (white)” schools and “Division II (black)” schools. Her high school, Dunbar, “was carved out as the school for young black children who would go on to college . . . a college preparatory school.” Judge Smith Reid recalls where she was in high school when Brown v. Board of Education was decided, and describes in vivid detail the reaction of her teachers and others when the decision was announced.

After teaching for several years, beginning in the Congo, Judge Smith Reid first entered the legal profession in the 1970s, accepting an offer from Peter Edelman to be his General Counsel at the New York State Division of Youth. She then took a position at the U.S. Department of Health, Education and Welfare in 1977 and then Inspector General at the EPA. Joining the D.C. Corporation Counsel’s office in 1981, she eventually became Corporation Counsel. Following ten years in private practice, Judge Smith Reid was nominated to the D.C. Court of Appeals in 1995, serving there until her full retirement in 2017.