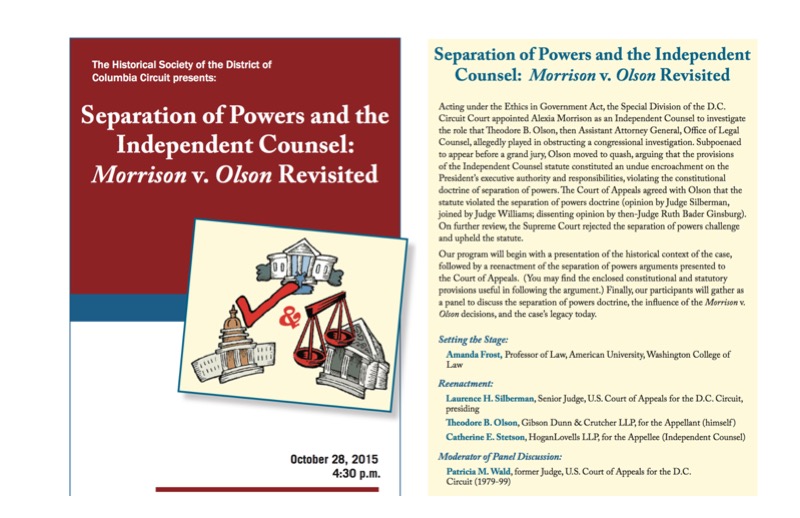 The Society featured a reenactment of the D.C. Circuit argument in Morrison v. Olson on October 28, 2015. Senior Judge Laurence Silberman presided over the argument, with Theodore B. Olson (representing himself) and Catherine E. Stetson (representing the Independent Counsel).

They were joined by Professor Amanda Frost of American University, who set the stage, and former Chief Judge Patricia M. Wald, who moderated a panel discussion on the separation of powers doctrine, the influence of the Court of Appeals and subsequent Supreme Court decisions, and the case’s legacy today.