Amidst the tumult of the Vietnam War, Department of Defense employee Daniel Ellsberg leaked a 7,000-page top-secret study of U.S. involvement in Southeast Asia. The Post ran excerpts on June 18, 1971, and the government quickly filed suit to enjoin further publication.

District Court Judge Gerhard Gesell ruled that the First Amendment precluded him from enjoining speech except to avoid the most compelling of injuries. The Court of Appeals, sitting en banc, eventually affirmed.

The case, together with a decision of the Second Circuit in a parallel case involving the New York Times, reached the Supreme Court, which agreed that the injunction sought by the government was inconsistent with First Amendment protections. 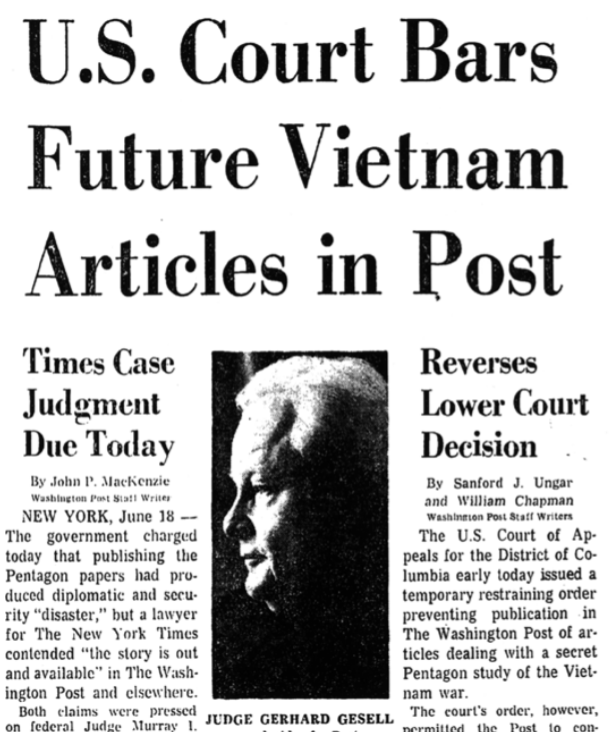