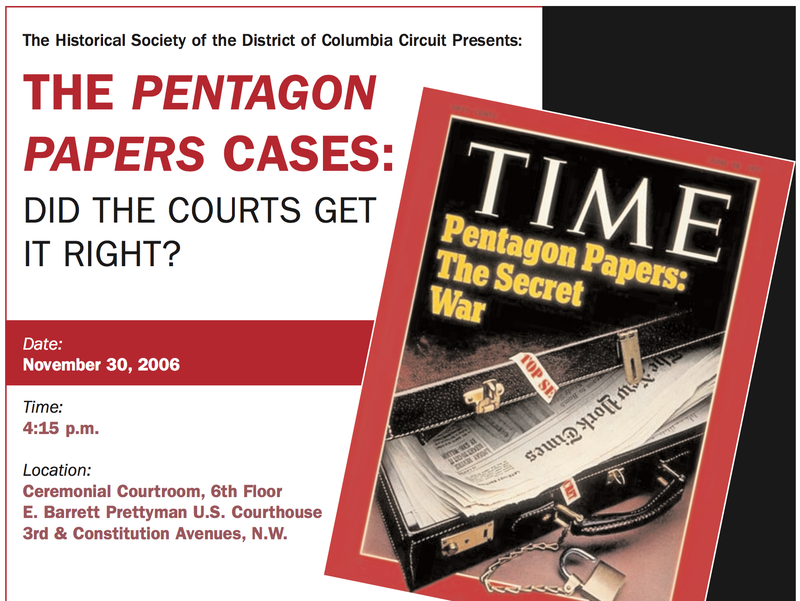 Attorneys directly involved in the Pentagon Papers cases and law professors who have written about the cases talked with moderator Carl Stern about their experiences in a panel discussion sponsored by the Historical Society on November 30, 2006. Watch the video of the full panel discussion below.

Anthony F. Essaye, counsel representing the Washington Post in the Pentagon Papers case before the U.S. District Court for the District of Columbia and the U.S. Court of Appeals for the D.C. Circuit.

David Rudenstine, Dean, Cardozo Law School, and author of “The Day the Presses Stopped: A History of the Pentagon Papers case”.

Geoffrey R. Stone, Harry Kalvern, Jr., Distinguished Service Professor of Law, University of Chicago Law School, and author of “Perilous times: Free Speech in Wartimes from the Sedition Act of 1798 to the War on Terrorism”.