A Summary of the Oral History of Laurence Silberman 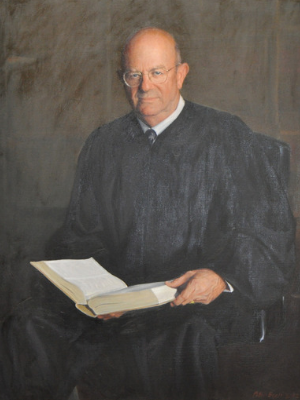 Followers of the federal judiciary obviously recognize Laurence Silberman as a preeminent member, for more than three decades, of the Court of Appeals for the District of Columbia Circuit.

A leading proponent of judicial restraint, Judge Silberman has authored hundreds of opinions and was a finalist for a Supreme Court nomination on no fewer than three occasions.

Perhaps not as well known, however, is Judge Silberman’s fascinating pre-judicial career – where, among other things, he authored a path-breaking plan for affirmative action, defended the integrity of the Justice Department during the darkest days of Watergate, became an intelligence advisor to several presidents,

and served as U.S. Ambassador to Yugoslavia – in addition to stints at law firms, professorships at law schools, work on a presidential campaign, and even an interlude as a California banker. Read Judge Silberman’s oral history and the article, The Two Lives of Laurence Silberman:  Political Service and Judging, by Steven A. Steinbach, written about it.