A Summary of the Oral History of Charles A. Horsky 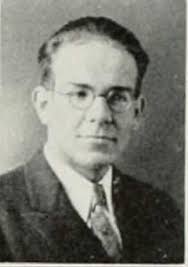 Although few Washingtonians know his name, lawyer Charles Horsky did as much to create today’s Washington as Pierre L’Enfant.  Perhaps more. His legacy includes the current structure of the DC government, METRO, the Watergate buildings, the Kennedy Center, and on and on.” So writes Carl Stern, long-time journalist and Historical Society member, who authored this summary of Horsky’s oral history. But as his oral history recounts, Horsky also played a seminal role as an appellate advocate, including both his unsuccessful representation in the Supreme Court in 1944 of Fred Korematsu, and his watershed victory in Griffin v. Illinois, which secured the constitutional right of a criminal

appellant to a trial transcript. On top of everything else, Horsky interrupted his 40-year tenure with Covington & Burling to serve as a prosecutor at the Nuremburg trials.