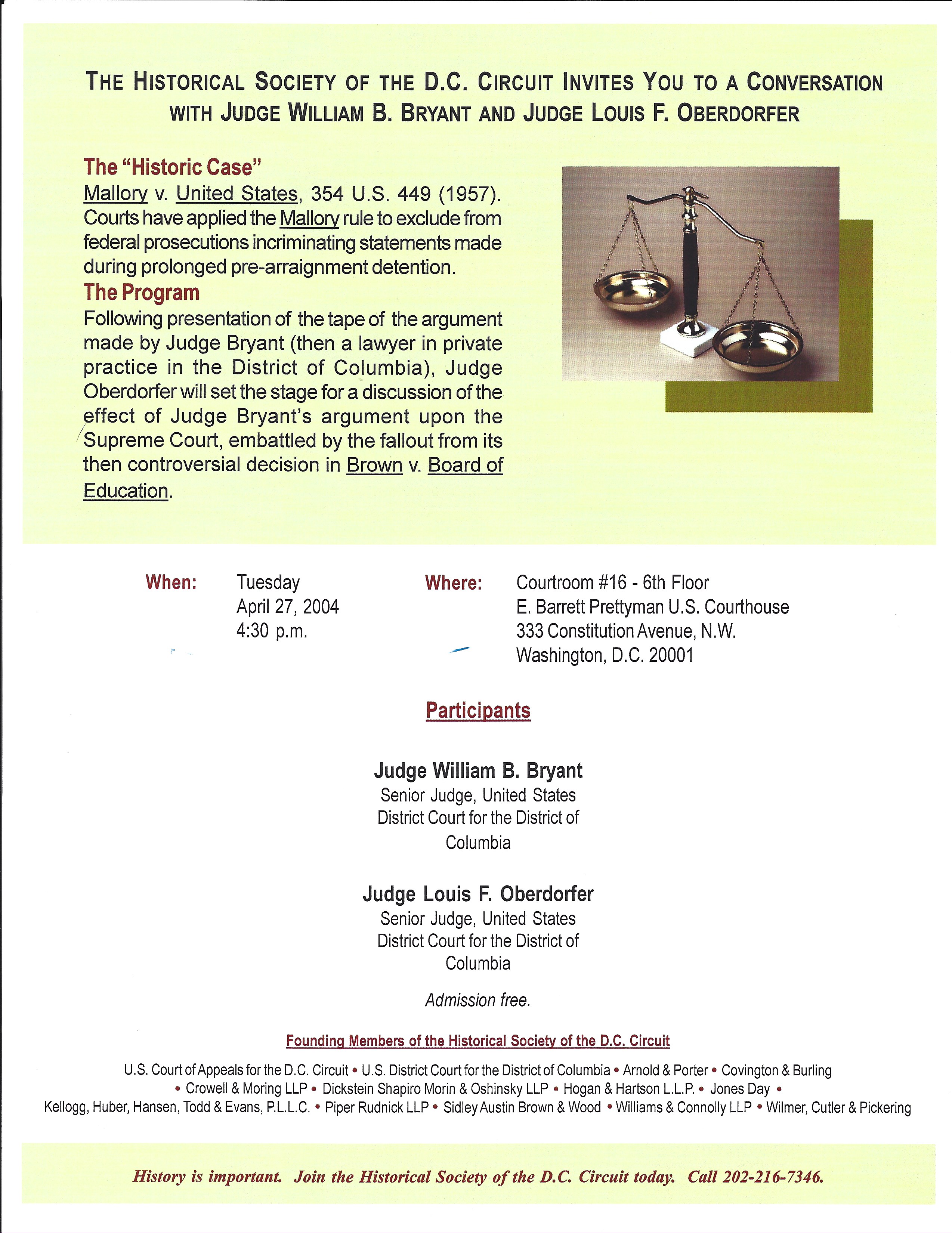 District Judge Louis Oberdorfer, acting as interlocutor, described the climate in the country at the time of Mallory and questioned Judge Bryant about this historic case.

About 100 people attended the dialogue, which was held in Judge Bryant’s courtroom in late April 2004.