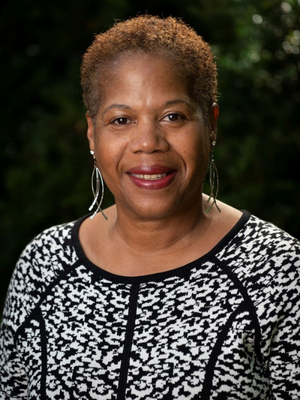 The only child to a grocery store clerk cashier (mother) and an auto parts worker (father), the grandchild of sharecroppers in the south, and descended from slaves owned by the Jeffries family in Mississippi, June Jeffries started her life in 1954 in a Detroit rooming house with her parents. They soon moved to the west side of Detroit, the second Black family in a mostly White neighborhood that soon became a Black neighborhood. Ms. Jeffries recounts “we had a great time growing up in Detroit . . . . We grew up in the heyday of Motown and kinds of things.”

In her oral history, Ms. Jeffries reflects at length on her education in the schools of Detroit, the impact of her teachers on her life trajectory and her own self-confidence, the role of music, Girl Scouts, sports (including curling), and many other things in her life while growing up.

At first her career sights were on medicine, but organic chemistry class changed that. She had wanted to be a lawyer since she was 5, from watching her mother’s favorite show, Perry Mason. In senior year of college, she began applying to law schools, ultimately attending Georgetown University Law Center in August 1975.

After graduation, she returned to Michigan to take the Bar there, and landed her first job based on a conversation with one of her mother’s customers at the grocery store. That job, trying misdemeanor cases in City Court, was her first exposure to a career in litigation. After a short stint in private practice, she joined the U.S. Attorney’s Office in Detroit, and then later came to Washington, D.C., where her extraordinary 25+ year career as a federal prosecutor began.