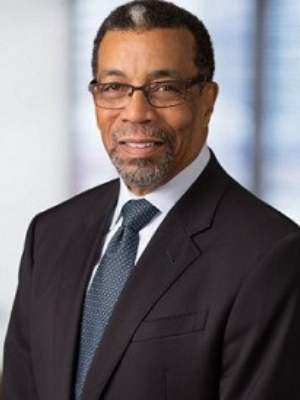 Based on Billy Martin’s Oral History for the D.C.Circuit Historical Society

Washington “celebrity lawyer” Billy Martin’s own description of what he does is “triage” – part crisis manager, part “front” man, part strategist, and always ready to apply a lifetime of legal experience to aid a client. He says the key is “preparation, preparation, preparation,” two weeks of preparation for every anticipated week of trial.

In a Historical Society oral history now available on the Society’s website, Martin reveals that an auto accident near his home in the Pittsburgh area launched his legal career. A local lawyer who rear-ended Martin’s car was so impressed with Martin’s dressing down that he advised him to go to law school. Martin also tells how he was helped along the way by Georgetown basketball coach John Thompson, sports agent David Falk and legendary lawyer Johnnie Cochran.

One of his most memorable moments, says Martin, was serving as attorney and adviser to the Monica Lewinsky family during the inquiry into the conduct of the White House intern and President Bill Clinton. He also represented the mother of Michael Jackson after the famed entertainer’s death, and the parents of slain Congressional intern Chandra Levy.

He represented athletes Michael Vick, Alan Iverson and Jason Williams. Actor Wesley Snipes is a client. USA Today described him as a lawyer with “unique skills for assisting people in big trouble.” Washingtonian magazine ranked him among the five top lawyers in Washington.

Martin says he is amazed by the title “celebrity lawyer.” In truth, he says, he has been “fortunate to have so many clients who were, in fact, true celebrities.”

In August 2015, after his oral history was recorded, Martin moved his practice to the Baltimore headquartered law firm of Miles & Stockbridge. The firm announced that Martin would run the white collar criminal defense and internal investigations practice in its Washington, D.C. office. It said he would also deal with regulatory enforcement, lobbying rules and the Federal Corrupt Practices Act.

Consistently named one of the top trial lawyers in Washington, D.C. and throughout the United States, Billy Martin represents large corporations has tried more than 150 cases, many involving large corporations and leading figures in politics, sports and entertainment that have been covered by the national media. Among his honors, Martin was previously named one of the nation’s “50 Most Influential Minority Attorneys” by The National Law Journal.

Billy represents large corporations in complex civil and white collar criminal matters before state and federal courts, in administrative hearings and in arbitrations. While Billy has made a name nationally through his representation in numerous high profile cases, he has a diverse practice that also focuses on complex civil and white collar litigation before state and federal courts and in administrative hearings. Billy also has substantial experience with internal investigations and has served extensively as an Integrity and Ethics Monitor on behalf of government agencies and courts in a variety of industries. In addition, he is a member of the American Arbitration Association and has experience both representing parties in arbitration and serving as an arbitrator in private disputes. Billy also served as outside counsel to the United States House of Representatives Committee on Ethics in connection with its investigation of a Member of Congress.

Before entering private practice, Billy served as a state and federal prosecutor from 1976 until 1980. In 1980 he was appointed to serve as a Special Attorney in the Organized Crime Strike Force in San Francisco, a position he held for four years. He then moved from San Francisco to Washington, D.C., where he served as an Assistant United States Attorney for four years before being promoted to the Executive Assistant U.S. Attorney for the District of Columbia, a position he held until he left the office to begin private practice.