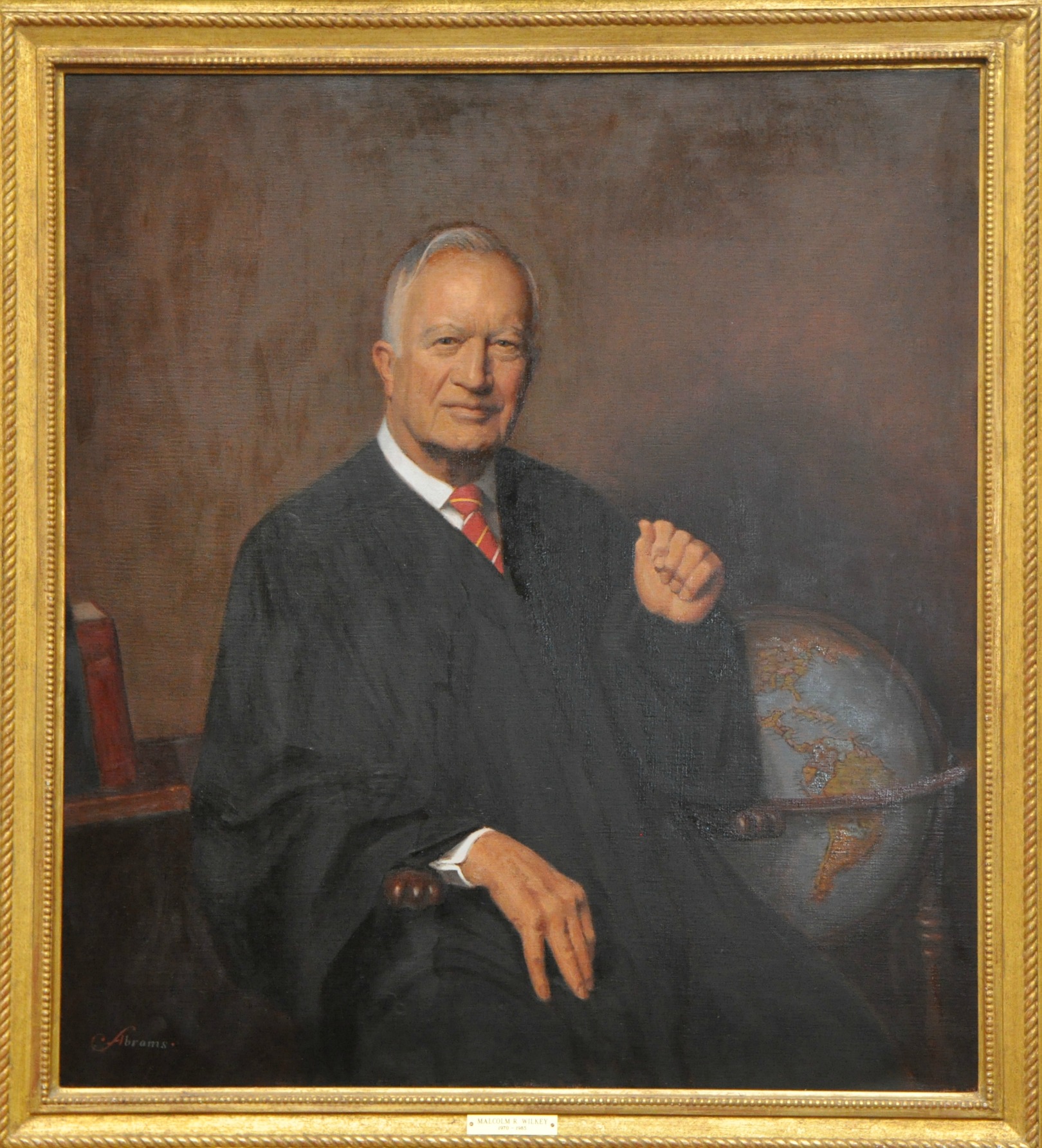 Judge, U. S. Court of Appeals for District of Columbia Circuit. Nominated by Richard M. Nixon on February 16, 1970, to a seat vacated by Warren E. Burger; Confirmed by the Senate on February 24, 1970, and received commission on February 25, 1970. Assumed senior status on December 6, 1984. Service terminated on November 8, 1985, due to retirement.

Artist
Herbert E. Abrams (1921 – 2003) was a portrait artist who painted a number of dignitaries including President Jimmy Carter, President George H. W. Bush, and General William C. Westmoreland, the first prominent official he painted. He also painted the portrait of First Lady Barbara Bush. His portrait of Arthur Miller hangs in the National Gallery. Mr. Abrams has painted over 200 portraits which have been displayed not only in the nation’s capital but also in state houses, courthouses, museums, and medical schools around the country.

Mr. Abrams lived in Warren, Connecticut. Since he never knew which days would be his most productive, he went to his studio each morning to paint. He used light in an effort to bring his subjects to life. He is quoted as saying, “I live in the pursuit of light.” For Mr. Abrams, a subject’s eyes were often the focal point of a portrait: “There is so much variety in the eyes that they reveal a good deal.”