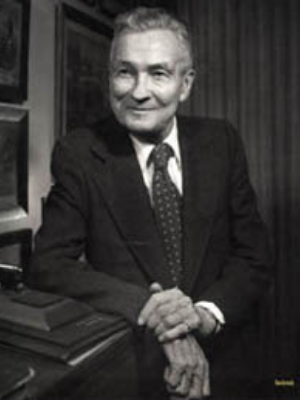 Based on Howard Westwood’s Oral History for the Historical Society of the D.C. Circuit

Never has the interplay between workers, corporations, and the United States government been more complex or evident than in the 1952 Steel Seizure case, Youngstown Sheet & Tube Co. v Sawyer, 343 U.S. 579 (1952). The Supreme Court’s decision denied the President the power to seize private property to avert a wartime emergency. Howard Westwood, a key litigator on behalf of U.S. Steel, recalls the excitement and nuances of the relationships between unions, steel companies, and the federal government in his oral history, terming the decision a “stinging rebuff” to then-President Harry Truman.

Creeping inflation over the course of the Korean War had resulted in increased wage demands by labor unions, demands that came to a particularly charged standoff in the steel industry. Upon termination of the United Steel Workers’ contract in 1951, the industry rejected the Wage Stabilization Board’s recommendation as to how the dispute would best be resolved. The Union threatened a strike in response, which would delay manufacturing and weaken the U.S. military during a critical wartime period.

Although the Taft-Hartley Act gave President Truman the power to declare a state of emergency in case of a threatened strike, he had bitterly opposed the passage of the law some years earlier. Cognizant that Truman might fear hypocrisy, all sides felt fairly confident that the President would favor seizure of the steel companies over use of the Act. This, they postulated, would likewise prevent the strike, as the Union had indicated it would not attempt a strike against the federal government.

Faced with either an impending strike or a seizure, the steel companies began preparing litigation. U.S. Steel knew a government seizure would weaken its negotiation platform against the union, since the seizure would likely result in temporarily increased wages for workers and thus improve the workers’ position in future wage bargaining. U.S. Steel, the most prominent and powerful steel company at the time, came to Covington & Burling, where Howard Westwood was then working, and it and the other steel companies filed suit to enjoin the seizure.

The case quickly went to argument before Judge David Pine of the District Court for the District of Columbia, but as Westwood recalls, “the whole proceeding before him was kind of shadowboxing really.” The decision at that level made almost no difference, because it was widely expected that the case would go up through the Court of Appeals to the Supreme Court. True to form, after the District Court sided with the steel companies and enjoined the seizure, the government got the case into the Court of Appeals “literally overnight.”

Such a rapid-fire case required backbreaking work. Westwood, who was working along with three other top lawyers, recalls, “We were literally spending 24 hours a day and I mean it, moving on this thing.” The second phase of the battle was fought in the D.C. Circuit, where the en banc Court sided with the federal government and temporarily stayed the District Court’s injunction against enforcing the seizure. To prevent the whole case from becoming moot due to a seizure, however, the Circuit Court stalled any action for a discrete period of time.

The government anticipated receiving the go-ahead to begin seizures by the end of the week and was astonished when, thanks to Westwood and company’s “very, very little sleep,” U.S. Steel was able to file a writ of certiorari with the Supreme Court before the government did. U.S. Steel gambled that the best way to move the case along expeditiously was to file the papers as quickly as possible, thereby proving the emergency of the situation. The tactic worked, and the Supreme Court immediately issued an order to maintain the status quo pending its decision.

Westwood and the two other lawyers he had been working with flew to New York City to work directly with John W. Davis, who would be arguing the case. Westwood, a self-identified socialist, recalled his interest in Davis with laughter: “Davis, of course, had been the Democratic candidate for president in 1924 . . .. And I’d always tended to think of Mr. Davis as an instrument of the capitalist system.” After working together, however, Westwood glowed about Davis, joking, “I was absolutely amazed that one who had been in favor of maintaining the exploitation of the masses by the capitalists’ society should be such a nice guy.”

Westwood saw the industry’s task at the Supreme Court as extremely difficult. Although the law seemed to favor the steel companies from a constitutional perspective, the litigators were cognizant of the fact that they were trying to stop the President of the United States from doing something he thought ought to be done. Instead of viewing it as a purely academic matter, Westwood saw it for what it was: a crisis in the midst of a great economic emergency, with a decision that could potentially halt huge amounts of manufacturing, weakening the American military when its strength was crucial.

At the end of the day, however, the Constitution held priority over politics. Though President Truman viewed the decision as a slap in the face, Justice Hugo Black attempted to reconcile, inviting Truman and other justices over for a dinner party. The show of hospitality worked; Truman told the Justice, “Black, I don’t much care for your law, but, by golly, this bourbon is good.” Wedged into the middle of the action, Westwood didn’t harbor any resentment about the hard work or lack of sleep; he looked back on the accelerated and momentous case as a “tremendously exciting experience.”

His law practice included helping develop government regulation of airlines and the Civil Aeronautics Act, and the representation of clients in the airline industry. From the mid-1950s to the mid-197’s, Mr. Westwood also worked on legal aid for indigents. He was a founder of the Legal Aid Society and in 1992 was awarded its “Servant of Justice” award.

Mr. Westwood had written more than 30 articles on the Civil War for historical journals and had presented more than 25 papers to Civil War round tables in Washington and elsewhere. His first book, “Black Troops, White Commanders and Freedmen During the Civil War,” was published in 1992. He was a member of the Burning Tree Club and a board member of the Ulysses S. Grant Association of Carbondale, Illinois.

He was born in Cedar Rapids, Iowa, attended Swarthmore College and graduated from Columbia University law school. He was clerk to U.S. Supreme Court Justice Harlan F. Stone for a year before joining Covington & Burling. During World War II, he was a Marine Corps drill instructor at Parris Island, S.C.

Courtesy of the Westwood Family

Howard C. Westwood as an infant

Celebrating the Fourth of July

Mr. Westwood as a scout 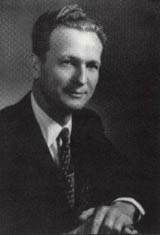 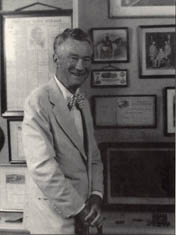