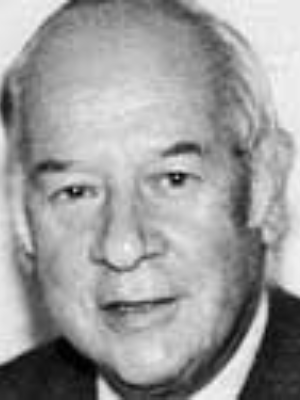 Paul Warnke on the Ideological Divide of the Vietnam Era

As Paul Warnke saw it, America’s involvement in the Vietnam War spawned a period of growing disillusionment with the government. Ideological rifts among Americans broadened, resulting in significant conflict between war Hawks and Doves. When the intellectual justifications for the war collapsed, leadership positions within the government became disputed and difficult to navigate. Paul Warnke was General Counsel to the Department of Defense from 1966-1967 and Assistant Secretary of Defense from 1967-1969. He experienced first-hand the clash of ideals during one of America’s most controversial periods.

Supporters of the war adhered to the “Domino Theory,” which postulated that if one country fell under the influence of Communism, surrounding countries would quickly follow. Warnke cited the example of Assistant Secretary of State Willard Robinson, under whose watch the United States had “lost China.” Robinson, like his boss, Secretary of State Dean Rusk, fervently believed that if Vietnam “fell,” Burma and Thailand would fall too. To Warnke, this was nonsense. The only domino, in his view, was Laos. And “if Vietnam should fall, Laos would fall, and who would know the difference?” If Vietnam had no strategic significance, it was hard to justify the commitment of American troops to the cause amidst mounting casualties.

A fear of the unknown was a driving force behind much of the American involvement in the war, and Warnke witnessed those with reservations ultimately defer to the opinions of more apparently credible leaders. When Warnke was approached to take the job with the Defense Department, he told Deputy Secretary of Defense Cyrus Vance about his disagreement with the war. Vance told him that his concerns would make no difference to Secretary of Defense Robert McNamara, hinting “that they had their deep reservations about it.” Warnke offers insight into the dynamic in the Department of Defense. McNamara had taken the job in 1961 with “no government experience and no familiarity with foreign affairs,” yet was in the midst of a group of people that were “supposed to be experts.” McNamara, along with President Johnson, was convinced that “these guys had to be right, that they knew so much more about it.”

The influence of the “experts,” specifically McGeorge Bundy, National Security Advisor under both Presidents Kennedy and Johnson, was significant. A favorite of President Johnson, Kennedy-appointee McGeorge Bundy “was (a) very self-confident and (b) very persuasive.” The strong sentiments of such war Hawks served to counteract the “awful lot of people who had deep reservations about the Vietnam War.” Warnke recalls that non-believers were highly prevalent in the Defense Department and less-so in the State Department. Yet even the Defense Department’s unified civilian opposition was hindered by the presence of its military component. “The military always goes along. […] That’s what they have to do. So, if they had their doubts, they kept them under cover.”

The large-scale disagreements during the war led to Warnke’s gradual falling out with Paul Nitze, a Vietnam Hawk who was one of the chief architects in shaping the government’s Cold War defense policy. Nitze was serving as the Secretary of the Navy when Warnke first joined and served in the Department of Defense. Robert McNamara ensured that when Vance left, Nitze would replace him as Deputy Secretary of Defense. Warnke describes his initial relationship with Nitze as very close. They “met on a daily basis and usually shared much of the same position,” with only slight disagreements.

Nitze thought of the Soviets as “a malignant power that was out to get us,” while Warnke could never quite agree with that sentiment. He believed the Soviets were a problem, but their legitimacy was weakened by their lack of political friends – a comparison between the West’s North Atlantic Treaty Organization or NATO and the Soviet’s Warsaw Pact. The involuntary nature of the Warsaw Pact, whose members were puppets of the Soviets, highlighted the shortcomings of Russia’s alliances.

As the Vietnam War progressed and the ranks of non-believers swelled, Nitze came to resent Warnke’s skepticism about the strategic significance of Vietnam. The relationship had fully deteriorated by the time Warnke was named Arms Control Director at the beginning of the Carter Administration. The two had a discussion about foreign affairs and became aware of their arrant disagreements. This was coupled with Nitze’s active opposition to the Arms Control and Disarmament Agency, which sought to reduce proliferation of nuclear weapons and ultimately eliminate the presence of all weapons of mass destruction. Nitze’s opposing stance caused him to testify very strongly against Warnke in his confirmation hearings. Nitze stated that Warnke was “soft on the Soviets, really didn’t understand them, would be just easily chewed up by the Soviets.” Warnke cited Nitze’s dissatisfaction with his political position as reason for their growing personal rift, recalling that Nitze was determined that Warnke “was not going to get that job” as Director of the ACDA.

For high-level players of the era, the Vietnam War inspired marked disagreement on ideological and personal levels. Fundamental points of departure on issues like the strategic importance of Vietnam, the role of China, and the lurking presence of the Soviet Union marked Warnke’s experiences in the heart of the government during this time, providing testament to the utter confusion of war, the intricacies of political theory, and the underlying and profoundly human desire to be proven right.