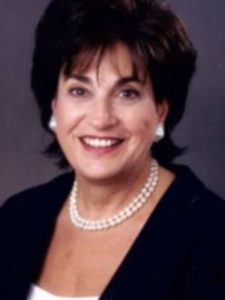 A Description of the Oral History of Noted D.C. Attorney Marna Tucker

Based on Marna S. Tucker’s Oral History for the ABA’s Women Trailblazers Project

Marna Tucker, one of the nation’s foremost divorce attorneys, acknowledges that divorce law is among the most emotionally demanding practices.  “It does keep me up at night,” she says, especially when children are affected.  “It does eat you up inside.”

So, how did she get into that line of work?  Why does she do it?

“My job is to be a problem solver,” she says.  “You feel . . . like you can help and use your tools with your skills.  There is something that makes you pick that field.  I didn’t start out that way.  I never really planned to be where I am.”

In an oral history conducted by American University law professor Mary Clark, Tucker recalls that her mother wanted her to get a degree in education.  “In case I didn’t get married, I could teach.”  Tucker’s early choice was to be a doctor.  Nonetheless, approaching graduation at the University of Texas, Tucker changed her mind and applied to law school “because I thought I wanted to be an international lawyer.”

At the law school she attended, Georgetown, a course was offered in family law.  She didn’t take it.

In 1964, between her second and third years, Tucker worked in the Civil Rights Division of the Justice Department.  The Civil Rights Act was passed in June after a monumental filibuster in Congress.  She calls it her “very exciting Mississippi summer.”

Nearing graduation, Tucker sought to return to the Justice Department.  “I wanted to do trial work in the South.  I said I would like to figure out way to change society.  It was the time of the Great Society.  That was Lyndon Johnson’s phrase.  But they did not want women – white women or black men – to try cases in the South because it was too dangerous.  I was offered a job to work in the voting rights section to look at machines.”

Tucker didn’t take the job.  When asked by her advisor what she was interested in doing, she remembers saying she would like to work for the poor.  He responded, “Well, there is this new program starting in D.C. called the Neighborhood Legal Services Project, and I’m Chairman of the Board.”

She worked at 14th Street N.W. and Park Road.  She says it didn’t look like a law office, but there was a lot of action when it started:  rent strikes, child support, Social Security benefits.  “I absolutely loved it, and loved dealing with the people.”

“I would go out in these areas by myself, and I was all of 24, 25 years old, and I just didn’t think anything would ever happen to me on the streets and actually nothing ever did.”  That is, If you don’t count the time an aggrieved husband came after her with a knife.

What followed was a West Coast stint – organizing legal services in the War on Poverty program.  “We all had this sense of adventure,” she says.  Then a return to D.C. to work for Congressman Allard Lowenstein.  She stayed for one term, but decided to leave congressional staff work after Lowenstein  left office in 1971.  “The Hill wasn’t for me because I am not the kind of person who likes to speak through someone else’s voice.  I didn’t want to be somebody’s assistant.”

Tucker made her move.  She joined a public interest law firm “run by former government people who decided they would be legal counsel to all these do-gooder groups.”

Congress had just passed a law making sex discrimination unlawful and providing for attorneys’ fees.  That is when she cut her teeth as a litigator.  “I was hired to do whatever I wanted, to see if we could make public interest work profitable.  I remember billing at the rip-roaring rate of $50 an hour and thinking how could I even charge that?  I ended up doing a lot of sex discrimination cases.”

“During the time when I was building up these cases a couple of people came in for divorces.  I had never planned on being a divorce lawyer.  I did a couple.  I thought, well, that’s kind of interesting.”

At the start, her clients were women. “Early on, women only went to women,” she recounts.  She implies much of the work was routine.  “I kind of joke and say there are six divorces in the world.  Most of them fall into the same pattern.”

Not all of them.  She describes one “hostile, high conflict” case in which she represented a husband.  “He wanted to treat his wife and (two) children well.  He proposed that his wife would have custody of the children and he would see them a reasonable amount of time.  Well, the wife went nuts, absolutely nuts!  She started doing very destructive things to the children.  We had to involve the police.  We had to use therapists.  At the end of the day my client got sole custody because of these destructive incidents.  The wife moved away, she was so angry with him, and never contacted the children again.  What a terrible, sad, sad thing.”

Tucker opened her own office in the early 1970s at a time when family law was changing, especially with the advent of no-fault divorces.  “There was always something new,” she says.  “There are surrogacy issues when you don’t know who is the mother, who is the father.  We’ve done arrangements for gay and lesbian couples who want to adopt.  Because we’re one of the largest family law firms, we get a nice variety of cutting edge issues and I love those.”

So far, that’s only half the story of Tucker’s professional career.  As of 2006, when her oral history was recorded, she had held positions in an astonishing forty-six organizations, task forces, commissions, and foundations, by my count.

Her extracurricular activities started at age thirty when she was working for Congressman Lowenstein on issues concerning the Vietnam War and became involved with the Individual Rights Section of the American Bar Association.  One of its officers, Jerome Shestack, a future ABA president, had obtained Ford Foundation money to fund pro bono programs, and he enlisted Tucker to go around the country for the next year and a half encouraging law firms to set up pro bono programs.

“That job was another thing I just loved doing.  I was working under an ABA banner.  I was getting up there.”  It was also a chance to meet top lawyers and law firms in D.C. and from coast to coast.  “I met a lot of senior partners,” she recalls.

The 1972 reorganization of the D.C. Bar beckoned new people to take leadership.  “We got young people involved in it, changing the whole nature, the whole culture of the District of Columbia Bar.”  Tucker says the Association began to implement progressive programs in support of the public interest.  “I played a role in that.”

She became a D.C. Bar delegate to the ABA House of Delegates, and chair of the Section of Individual Rights and Responsibilities.  By 1984 she advanced to President of the D.C. Bar.  At the time it was the second largest bar association in the nation.  “I was invited by other bar associations to travel all over.  It was really the single most defining moment in my professional career.”

In the ABA she was instrumental in getting the organization to support a woman’s right to choose.  She also pushed through measures barring federal judges from membership in private clubs that discriminate on the basis of sex or race.  She became President of the ABA’s National Conference of Bar Presidents – the first woman to do so – and founder and chair of the ABA Women’s Caucus.

Even as this oral history was being recorded, twenty years after her presidency, Tucker was serving a three-year term as a member of the ABA committee that evaluates nominees for the federal bench.  “Every report that we do is a telephone book-sized report.  I spend over one thousand hours a year doing these evaluations.”  “That’s twenty hours a week,” her interviewer remarks incredulously.  “It’s a job that is an honor to perform,” says Tucker, “and I feel the weight of the responsibility.”

Tucker doesn’t groan under the weight of her activities.  She insists, “The things that were most rewarding just fell into my lap.”  She credits her enormously supportive husband, senior Court of Federal Claims Judge Lawrence Baskir, with being her “equal partner.”

And she unfailingly approaches her tasks with a light touch.  She  remembers being asked by a TV talk show host if she had always wanted to be president of the D.C. Bar.  Says Tucker, “I looked at her and thought I just couldn’t believe she would ask that kind of question. 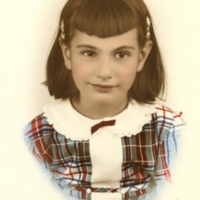 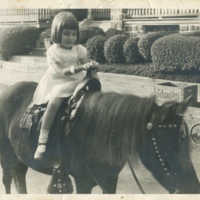 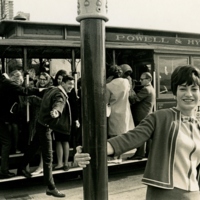 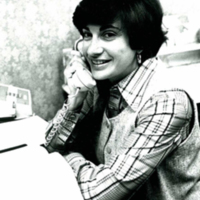 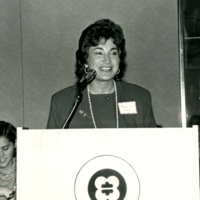 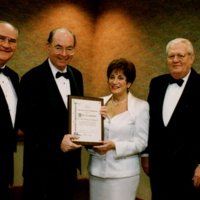 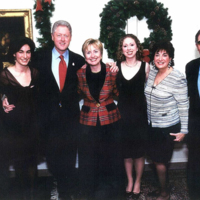 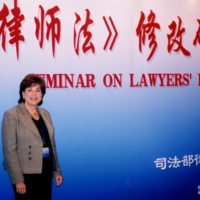 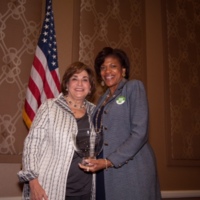 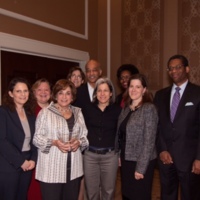 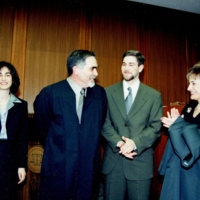 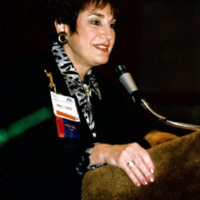