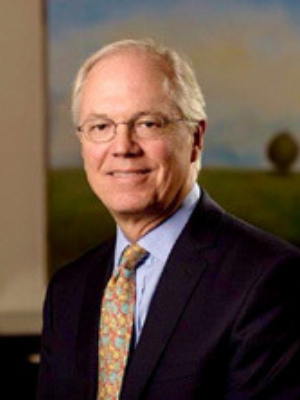 Bob Trout was born July 17, 1948 in Roanoke, Virginia. After graduating from  Washington & Lee University in 1970, and University of Virginia School of Law in  1973, he joined the Criminal Division of the U.S. Department of Justice as a trial  attorney. After two years at the Criminal Division, Bob became an Assistant United  States Attorney in Baltimore, Maryland, where he served for four years. In 1979,  Bob returned to Washington to practice at the firm of Dunnells, Duvall, Bennett &  Porter. He became a partner in 1981.

Bob is married to Janet Studley, who is also a lawyer. He has two sons, Carter (married to Lindsay) and Philip (married to Rachel Cotton), and three grandchildren (hopefully, more to come).

Courtesy of the Trout Family 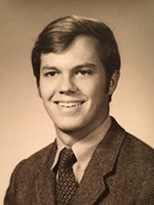 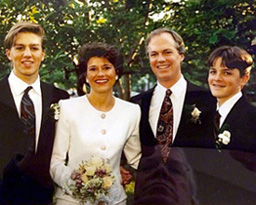 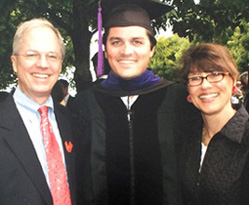 Trout is with son Philip and Janet in 2009 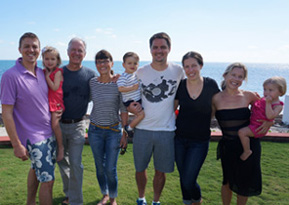