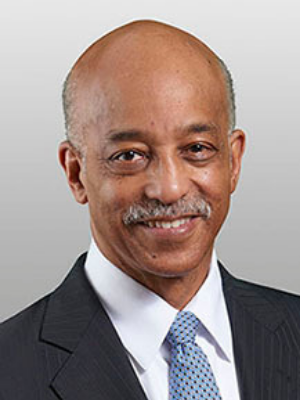 The family ultimately settled just east of the San Francisco Bay in Piedmant, California where Tom grew up with his two younger siblings– his late brother George and his sister Brenda.  They integrated Peidmont and experienced the vicissitudes it brought with the mix of well-meaning and less well-meaning neighbors, classmates and teachers.

Tom’s parents instilled in their children the importance of education and doing their best in all they did. It paid off. His work ethic earned him letters in track, basketball and football, and an MVP trophy, and led him to become his high school student body president.

His student life in the wake of Dr. King’s assassination included chairing a black student committee that successfully negotiated with Harvard’s administration to broaden opportunities for enrolling African American students and to establish a department of African American studies.

He later spent a year in Ethiopia training U.S. Peace Corps volunteers for an Ethiopian company. But it was largely Tom’s summer experience before his senior year at Harvard as an advocate at the California Rural Legal Assistance program on behalf of poor people and migrant workers that propelled him to become a lawyer.

Tom enrolled in law school at Boalt Hall at the University of California, Berkeley in 1971 where he later became a Notes & Comments Editor of the California Law Review. In his first year, he joined fellow students in protest over the school’s decision to cut back on diversity admissions and went on a strike that shut down the law school for two weeks.

He later spent time working as an extern in a public interest law firm called Public Advocates. Enticed by Covington & Burling’s program that permitted young associates to be on loan to the Neighborhood Legal Services Program for a six-month rotation, he accepted Covington’s offer to join the firm and moved to Washington, D.C. in 1974 after graduation.

Government service lured Tom from Covington twice. In 1978, he was appointed as the Deputy Inspector General of the newly established United States Department of Energy in the Carter Administration.  Soon after returning to the firm in 1981, Tom became its second black partner. He left the firm again in 1993 when President Clinton nominated Tom, and the Senate confirmed him, to be the Solicitor of Labor in Secretary Robert Reich’s Labor Department.

What followed his return to Covington in 1996 was a continuing extraordinarily accomplished and celebrated career. Within the firm, he led the employment practice group and was a member of the management committee, Tom also led a team of Covington litigators before the federal trail and appellate courts out west defending a constitutional challenge to various restrictive regulations that had been adopted by the Legal Services Corporation (LSC). The leadership of LSC credited Covington’s defense of the regulations with sparing LSC from a total cuttoff of Congressional funding.

Tom chaired the court-appointed Texaco Task Force on Equality and Fairness that monitored and evaluated Texaco’s nationwide efforts to reform and enhance diversity initiatives and equal opportunity. He was retained by the National Football League as special advisor to the Owner’s Workplace Diversity Committee and the General Manager’s Working Group established to facilitate increased diversity in the head coaching and front office ranks of NFL clubs. He played a key role in developing the NFL’s “Rooney Rule,” designed to promote increased opportunities for minorities to become head couches in the NFL.

Most recently, Tom co-led a team that assisted in the defense of the District of Columbia’s same sex marriage law. He also worked on race and disability discrimination class actions, including a nationwide class action to obtain dramatic improvement in American Sign Language interpreter services for thousands of deaf employees of the U.S> Postal Service and $3.5 million in compensatory damages. He chaired the monitor implementing the Sodexo class action race discrimination consent degree.

Tom served our community in countless capacities. His contributions to the D.C. Bar included chairing the Family Law Force, and serving as a member of the Board of Governors, the Bar Foundation, and the Pro Bono Committee.  He was elected President of the D>C> Bar, and pursued as his priorities supporting legal services for those who cannot afford them and strengthening relationships with our local courts.

He served his alma mater as a member and President of the Harvard University Board of Overseers, and as a director of the Harvard Alumni Association. He was recognized as one of “The 50 Most Influential Minority Lawyers in America” by the National Law Journal, and was featured in Washington DC Super Lawyers –  Employment & Labor, and Best Lawyers in America, Employment Law- Management.

Conversant in French, a fan of classic Motown R&B, and a member of Epsilon Boule’ of Sigma Pi Phi fraternity, Tom enjoyed traveling, was an avid Lawyers Touch Football League player into his mid-30s, and later was a committed cyclist completing several 100-mile bicycle rides.

He is survived by his devoted wife of 29 years, Shelley Brazier, sons Thomas III (Tommy) and Christopher and daughters Taylor and Kai; mother Winifred Williamson and Beita Brazier; nephew Tony Williamson and niece Audrey Williamson; and a host of relatives, colleagues, and friends. We will miss him deeply, but his memory shines brightly inspiring us to do more for others in need.