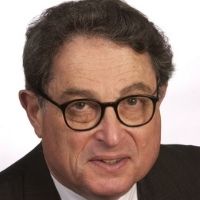 
Given his career as a broadcast journalist – first on radio and then television – Carl Stern knows how to frame and tell a story.  His oral history gives abundant evidence of his skill.

As the first fulltime legal correspondent for a network, Stern had a front row seat (sometimes literally) at many of the key trials of his era, including:  the Watergate burglars; Sam Sheppard’s two murder trials; the anti-war activist Berrigan brothers; Patty Hearst; John Hinckley; and Mohammed Ali.  He provides perspective and context about many of the defendants, jurists, and lawyers in these headline-making cases.  Among his revelations:  We learn Judge Sirica’s private reaction when James McCord, one of the Watergate defendants, walked into his chambers – unaccompanied by a lawyer – to present the Judge with a letter revealing the White House involvement in the Watergate coverup.  And we see how F. Lee Bailey, Patty Hearst’s lawyer, came to violate his own well-drawn rules for jury summation when he gave his closing argument in her trial.

Stern’s beat included the Supreme Court as well, and he has fascinating anecdotes about the logistics of covering the Court in an earlier era.  He also had the opportunity to interview and know some of the Justices.  Most notably, Justice Scalia shared his personal thoughts about Bush v. Gore.  They are remarkable.

Surprisingly, the legal beat was not always sedate.  Stern describes two escapades worthy of inclusion in an action movie.  In one, he accompanied the general counsel for the NAACP on a 220-mile road trip to file papers in a Mississippi court clerk’s office due to close in three hours; miraculously, the papers were timely filed.  In another, he and his camera crew were in a high-speed chase of Watergate defendant G. Gordon Liddy down the New York Thruway just after Liddy had been released from prison.

Liddy was far from the only Watergate figure whom Stern covered.  Howard Hunt told Stern of the planning involved in the raid on the office of Daniel Ellsberg’s psychiatrist.  After sharing Hunt’s details, Stern concludes that it involved “the gang who couldn’t shoot straight.”

Stern’s mandate at NBC News extended well beyond court cases, and he opines that some truisms about the news of the day sorely miss the mark.  Having covered the Bork confirmation hearing, Stern believes Bork was hoisted by his own petard when he demonstrated gross insensitivity to the plight of women facing devastating health hazards.  Accordingly, he believes that the term “to be Borked” has a “more honorable meaning than history has recorded.”  He also challenges history’s treatment of the Iran Contra scandal and explains why he sees it as a matter more serious than Watergate.

Stern’s reporting career extended over the tenure of fourteen Attorneys General.  He has anecdotes about them all.  Perhaps the most surprising is his story about John Mitchell, Nixon’s Attorney General, who had a fairly dour public demeanor and ultimately was convicted of conspiracy, obstruction of justice, and perjury.  Stern presents another side to Mitchell – a man with a wry sense of humor who wrote to Stern from prison, lauding the Southern hospitality he received in a prison camp in Montgomery, Alabama.

Stern did not only report significant legal events, he made legal history himself as the victorious plaintiff in several Freedom of Information Act cases.  The most notable led to the government’s release of more than 50,000 pages about COINTELPRO – the FBI’s covert counterintelligence activities against domestic groups.  The stunning breadth of the FBI’s activities detailed in these documents led to Congressional hearings, corrective legislation, new DOJ guidelines, and a ten-year term limit for FBI Director.

Beyond legal matters, Stern discusses some of the ethical challenges of journalism.  What to do when he learned – the night before the decision was released – that the Supreme Court ruling in the Nixon tape case would be 8 – 0 against the President?  Should he, could he, report that leaked information?  Similarly, should he release footage showing that Justice William O. Douglas was suffering noticeable mental decline while still sitting on the bench?  How Stern handled these issues makes for fascinating reading.

After retiring from NBC, Stern served as Director of Public Affairs for Attorney General Janet Reno.  The many newsworthy events to which he was privy included the FBI raid on the Branch Davidian compound in Waco, Texas.  Stern shares with the reader what the Attorney General knew, when she learned it, and how it affected her decision making.  Reading the account gives one the sense of being in the room with the Attorney General.  And Stern was with FBI leadership at their D.C. headquarters as they watched on screen the harrowing raid unfold.  It is a chilling account.

In sum, this oral history is a rollicking discussion of broadcast journalism, public issues, legal matters, and politics.  Beyond that, it is suffused with humor.  As a result, its appeal is expansive. 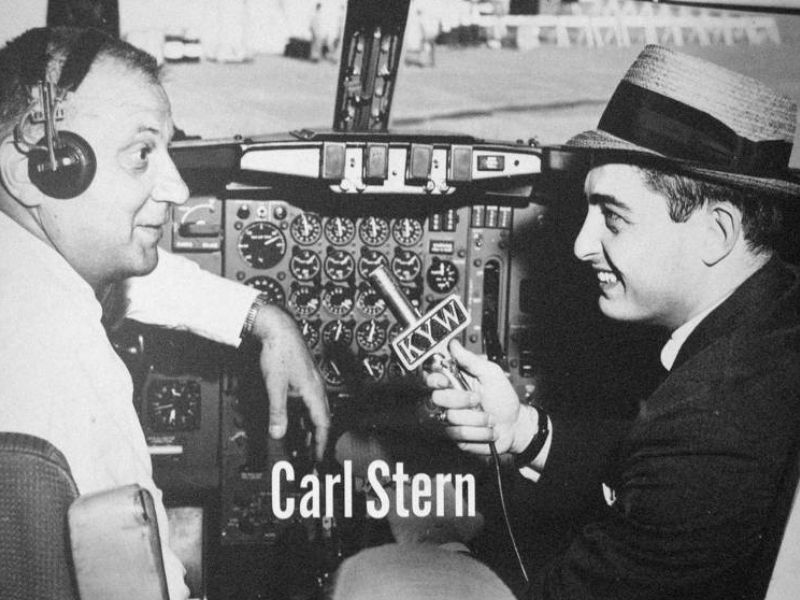 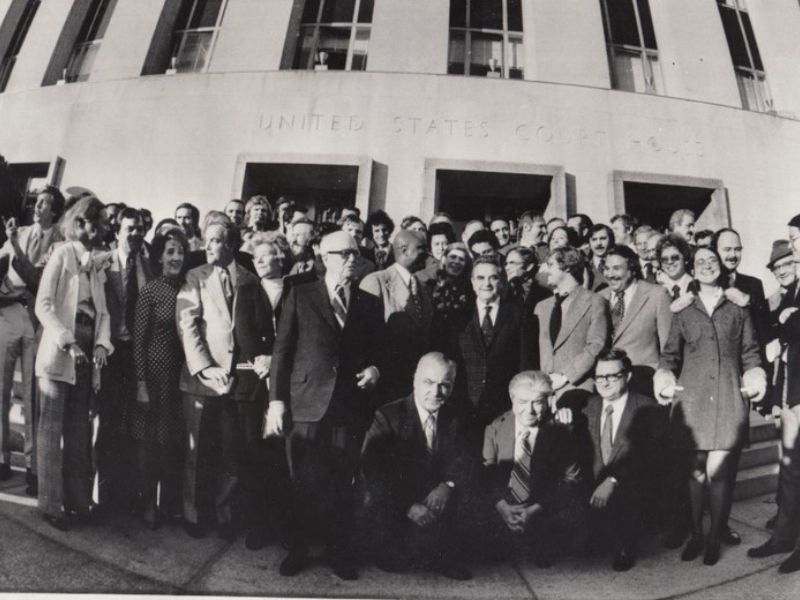 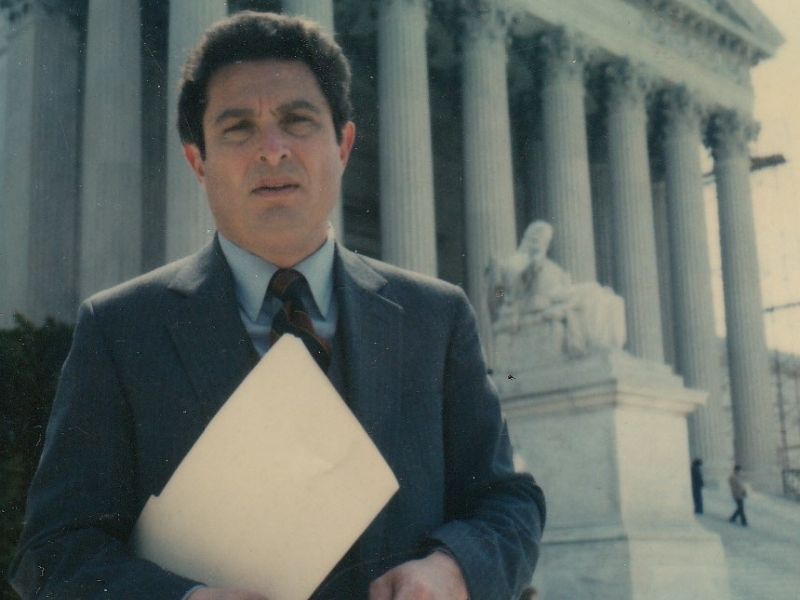 At the Supreme Court sometime in the 1980s 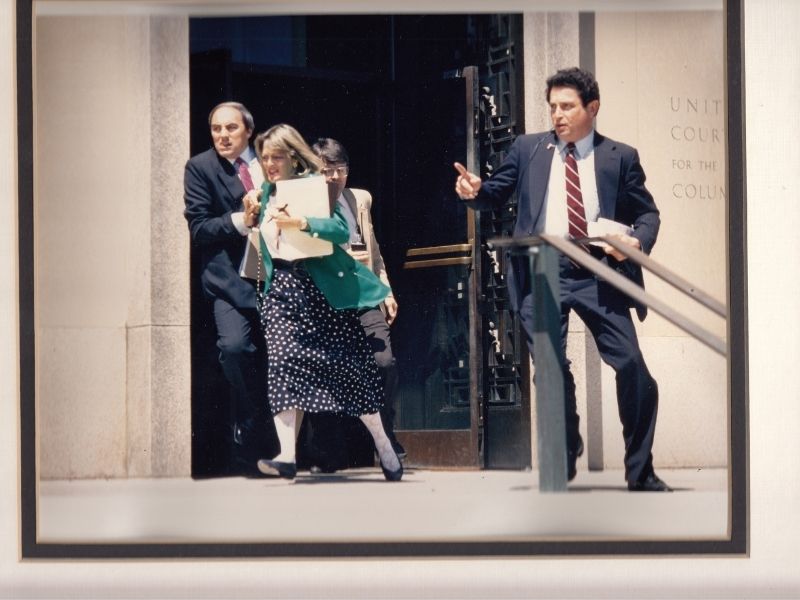 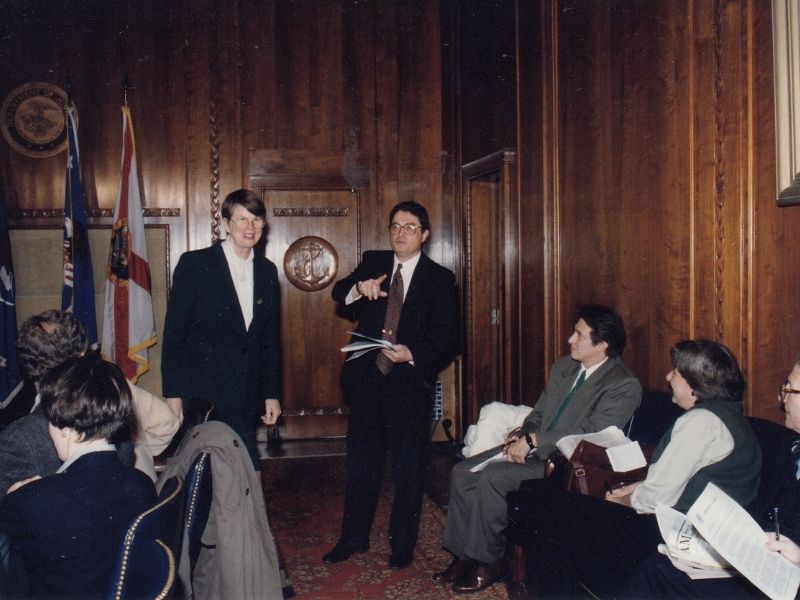 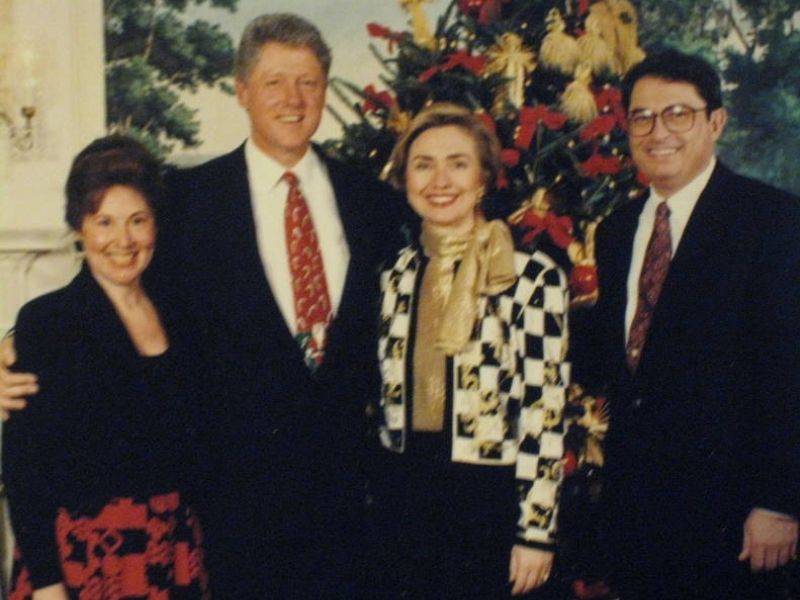 With wife Joy and the Clintons at the White House (1993)