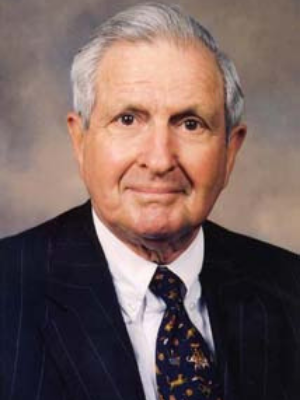 Stanley Temko:  No Fan of Changes in the Practice of Law

By Carl Stern
Based on Stanley Temko’s Oral History for the D.C. Circuit Historical Society

Stanley Temko was a top lawyer in Washington as the legal profession was changing – and he didn’t like it.

“We were in a learned profession,” he said in a 1999 interview with fellow attorney Jonathan Neuchterlein.  “Now it is more of a business.”

“Principally because [lawyers] are more interested in money,” said Temko.

Temko, who spent more than 40 years at Covington and Burling, attributed some of the change to lawyers working hand in hand with investment bankers in New York.  “You see some of the things they do, how much money they make, how they jump ship and so forth all the time, and you sort of start doing it.  Now a fellow can be in four firms in five years.”

Temko said big corporations once were responsible for the prosperity of iconic firms like Covington.  “If you go back 20 or 30 years,” he said, “the bigger law firms were, in effect, the general counsel to the major corporations.  Today, even if you have a firm that has a very close and satisfactory relationship with a corporation, you will find that the company may go out and retain other firms for different things.”

That, in turn, led to other unwelcome developments, Temko said.  He decried what he called “beauty contests” in which “a company has a major problem and it will have three or four firms make pitches for the assignment.  It’s just a fact of life now.”

Furthermore, Temko said, companies now engage firms with better connections in a certain part of the country or with a particular federal circuit.  “It is frequently more politics than law,” he said.

As the practice became more specialized, firms expanded to become full-service to attract and retain clients, and had to “go out and look for business” to support a larger operation.  Said Temko, “I don’t like the idea of law firms just going out and merging, merging and merging, picking up people all the time.”

Recalling that there were about 70 lawyers at Covington, the city’s largest firm when he joined it in 1948, he said one of the opportunities he enjoyed was the ability to practice in a number of areas.  “If a matter involved litigation you would try the case yourself.  We didn’t have a corps of barristers or a litigation section.”

The changes also eroded respect for the profession, according to Temko.  “The traditional view – that you don’t tar the lawyer with the views or sins of the client – enabled the lawyer, as long as he acted honorably, to represent almost any type of client on any issue.”  Now, he said, as firms grow larger, they actually may lose the ability to serve unpopular clients or causes.  More partners mean a greater likelihood of conflicts or that some of them will object to accepting a particular client.  Or that recruiters will be confronted by lawyers who say, “I just don’t want to work for the firm that represents X.”

How far has the notion of professional detachment been lost, even among lawyers?

Said Tomko, “As I recall, Ralph Nader picketed Wilmer Cutler one time in some auto representation.  They were out there walking back and forth picketing Lloyd Cutler.”

Temko’s practice was almost entirely corporate, with clients such as Bulova, Eli Lilly, and the Tobacco Institute, as beholds a lawyer of his pedigree.  He graduated first in his class at the Columbia Law School and was editor-in-chief of the law review.  He clerked for Justice Wiley Rutledge.  His co-clerk was John Paul Stevens.

His most vivid memories?  Two in particular.

In the 1952 Steel Seizure case, the Circuit Court stayed the District Court’s ruling against the government to give the parties time to go to the Supreme Court.   The race was on.  In those days whoever filed first had the right to open and close – a considerable advantage.  Temko, who represented U.S. Steel, and John Pickering, who was working for Bethlehem Steel, raced back to the Covington offices in the Union Trust Building at 15th and H and worked through the night to write a cert petition.

Said Temko, as daylight came, “They had arranged for the barber shop at the Hotel Carlton to be open.  Pickering and I went over and got ourselves a shave.  We did surprise the government by filing about an hour in advance of the government,” exulted Temko.  Pickering claimed that they met someone from the Solicitor General’s office going up the Supreme Court stairs as they were coming down.

The other case?  It began on a Saturday morning in 1954 when Temko got a phone call at home from Gerhard Gesell, who represented the Washington Post.  “Gerry told me to pack a bag and come down to the Post.  Everyone was there from [publisher] Eugene Meyer on down, the room was filled with executives and lawyers.”

A telephone line was being kept open to Chicago where Colonel Robert McCormick was expected to sign a contract selling the Washington Times Herald to the Post.  There was uncertainty because McCormick’s niece, Ruth “Bazy” McCormick, was “fighting to the last” to stop the sale.  “[She] was extremely conservative and did not want him to sell the Times Herald to Washington Post leftists,” Temko remembered.

Furthermore, there was concern that unless they moved fast the government might seek to enjoin the purchase on antitrust grounds.  The plan was to dissolve the Times Herald once the Colonel signed – even to move its printing presses immediately out of Washington, said Temko.  “It was something that could form the basis for a class B movie.”

Temko and a Post vice-president boarded the overnight 20th Century Limited to Chicago with the unsigned contract and a cashier’s check for a million and a half dollars.  “We were not to talk to anyone on the train,” he said.

Despite a last minute effort by “Bazy” and Dean Clarence Manion, the right-wing dean of the Notre Dame Law School, to convince Colonel McCormick not to sell to the Post, ”the plan went off without a hitch,” said Temko.  “I should have gone off with the check.”

In 1990 Temko became a senior counsel at Covington, where he remained practicing antitrust, regulatory, and food and drug law for many years until his death in 2011 at age 91.  By that time Covington and Burling had grown to more than 800 lawyers with offices in London, Brussels, and New York.  Despite the trends he deplored, he said it was “still a pretty good profession.”

Stanley L. Temko is a senior counsel who practices in the areas of food and drug law, trade association counseling, regulatory law, and antitrust.

He participated in the briefing of the steel seizure case, Youngstown v. Sawyer, and the Texas City disaster case, Dalehite, both at the Supreme Court. He has argued various Food and Drug Act matters in both the U.S. District Court and U.S. Courts of Appeal. He represented the Benfus Watch Company in a district court trial involving antitrust charges against the watch industry.

Courtesy of the Temko Family 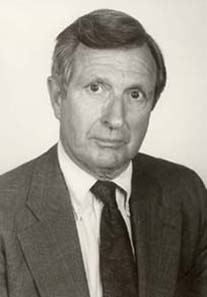 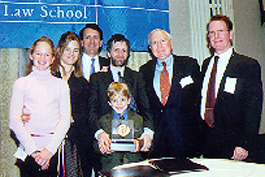 Stanley Temko with his family after receiving the Columbia Law School Medal for Excellence, January 2004 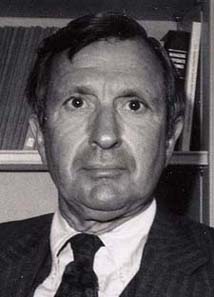 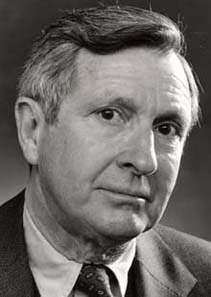