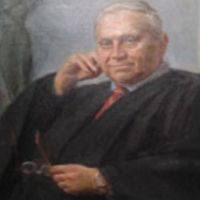 Based on Judge Stanley Sporkin’s Oral History for the D.C. Circuit Historical Society

Judge Stanley Sporkin’s life and career included more than 40 years of public service.  During that time, his energy, his creativity, and his sense of fairness and justice made a significant imprint on public affairs.

Mr. Sporkin’s interest in the law began when he was a boy.  That is when he started going to court to see his father, Maurice Sporkin, trying cases as a prosecutor in the Philadelphia courts.  Later, Mr. Sporkin’s father became a judge on the Court of Common Pleas in Philadelphia and served for many years.  From the early days, Mr. Sporkin wanted to be a lawyer.  He also thought that “there’s nothing better than being a judge.”

Immediately after his 1957 graduation from Yale Law School, Mr. Sporkin began what turned out to be a three-year clerkship with Judge Caleb Wright of the United States District Court for the District of Delaware.  He considered these to be “the three greatest years of my life.”  He thought that the practice could not get any better than this experience.

This view was confirmed after Mr. Sporkin came to Washington in 1960 and joined a small law firm as an associate.  Even though he was given a lot of responsibility as a young lawyer, he found that private practice involved many mundane activities that were not nearly as interesting or as challenging as public service had been.

Therefore, he was receptive when, after a year or so in private practice, an opportunity came up for him to participate in the SEC’s Special Study of the securities markets.  The study involved a temporary job only.  But once the Special Study was completed, Mr. Sporkin was offered and accepted a permanent job at the SEC as a branch chief with enforcement responsibilities.

Within two years, Mr. Pollock became a commissioner of the SEC, and Mr. Sporkin replaced him as head of the Division.  This role thrust Mr. Sporkin into the spotlight as a national figure.  He came to personify active and innovative enforcement of the federal securities laws, and his leadership cemented the elite stature of the SEC’s Enforcement Division among government investigating units.

The Enforcement Division took on many challenges during this time, and its activities had lasting effects on behavior in the securities markets and in the corporate world.  One example can be found in the Enforcement Division’s questionable payments program.  As a result of at least 65 SEC enforcement actions and the later related SEC voluntary-disclosure program, it was revealed that as many as 450 public companies in the United States in the 1970s had engaged in questionable payments, including illegal campaign contributions and foreign as well as domestic bribes.  In most instances, the transactions were concealed by inaccurate or misleading entries on the books and records of the corporation.

The response by Congress was the enactment in 1977 of the Foreign Corrupt Practices Act.  Mr. Sporkin played an important role in this legislation, in part due to his relationship with Senator William Proxmire, chair of the Senate Banking Committee.  That Act now requires all U.S. companies to keep accurate books and records and prohibits illegal payments overseas.

As a public servant, Mr. Sporkin believed that it was necessary to be fair with people.  He thought that one of the great benefits of government service was that you could do the right thing.  Mr. Sporkin was also known as a person with a deep understanding of his field and strong views on enforcement issues.  These characteristics led many on Wall Street to pay close attention to those views.

By 1981, after seven full years as head of the Enforcement Division, and with signs that the Commission’s enforcement priorities might change, Mr. Sporkin was beginning to consider the possibility of pursuing other professional opportunities.  Before he had a chance to do so, he was called to meet with incoming Director of the CIA, William Casey, Mr. Sporkin’s former boss as Chair of the SEC.  Director Casey offered him the position of General Counsel of the CIA, and Mr. Sporkin accepted immediately.  Mr. Sporkin served with distinction in this position from 1981 to early 1986.

It was during this time that the opportunity came up for Mr. Sporkin to become a federal judge.  A mutual friend told Director Casey, without Mr. Sporkin’s knowledge, of Mr. Sporkin’s long-time interest in becoming a judge.  Director Casey then wrote to the President.  As a result, Mr. Sporkin received a call from the Justice Department informing him that the President had decided to nominate him as a federal judge.  Mr. Sporkin was unanimously confirmed in December 1985 for the United States District Court for the District of Columbia.  He was sworn in soon thereafter and continued to serve until January 15, 2000.

Judge Sporkin was proud of his efficiency on the bench, and he liked to keep his docket current.  A friendly rivalry developed among Judge Sporkin, Judge Gerhard Gesell, and Judge Charles Richey as to which of them could have the fewest outstanding cases on his docket.  It is unlikely that any litigant ever complained that decisions in Judge Sporkin’s court were not issued quickly enough.  In fact, in one case the lawyers said to Judge Sporkin:  we know you decide quickly, Judge, but could you give us a little more time in this case?  It was Judge Sporkin’s recollection that he may have waited as much as a week to issue the decision in that case.

Judge Sporkin’s paramount objective was to do justice to the parties before the court, within the law.  He often spent hours figuring out the appropriate sentence in a criminal case.  He believed that this was among the toughest decisions a judge had to make.  In some cases, involving serious crime or hardened criminals, he issued lengthy sentences.  Yet he also spoke out against the limitations imposed by the federal sentencing guidelines – and the harsh sentences they sometimes required.

Judge Sporkin also believed that it was often a first step in a civil case to consider the facts and equities of the situation and then to examine the law to see if it permitted a result that would do justice in the particular case.  Judge Sporkin liked to hear from counsel for the litigants in court, rather than to decide a case on the papers alone.  Even when it might seem at first glance that there was little merit to a case, Judge Sporkin would listen to the lawyers to see if there was something that deserved a closer look.

An illustrative case in which this occurred was the Hugo Princz case.  The case involved a claim in the early 1990s by a Jewish American citizen who had been enslaved as a laborer in Germany during World War II, yet was denied eligibility for the German Government’s reparations program on the ground that he was an American victim of the Holocaust rather than a German victim or a refugee.  Hearing of Hugo Princz’s incredible tribulations during the Holocaust and of his four-decade long effort to secure compensation, Judge Sporkin saw an injustice in the case and allowed an action to proceed against the German companies which had used and benefited from Mr. Princz’s labor.  In the end, the case resulted in a settlement by the German Government providing compensation not only for Mr. Princz, but also for hundreds of other still-living American citizens who had been victims of Nazi brutality and enslavement during World War II.

In other cases too, Judge Sporkin’s eye for important issues meant that his decisions often had an influence beyond the immediate litigants in a case before him.  For example, in a 1990 decision, Judge Sporkin agreed with federal thrift regulators that Charles Keating had improperly withdrawn large amounts of cash from Lincoln Savings and Loan Association through sophisticated accounting devices and transactions carrying a false aura of legality about them.  Judge Sporkin’s opinion famously went on to ask, “where . . . were the outside accountants and attorneys when these transactions were effectuated?”  This theme proved to be a watchword for federal agencies as they looked closely at the roles of professionals in the failures of many other savings and loan institutions in that era.

After Judge Sporkin retired from the bench, he entered private practice in Washington, while remaining active in matters of public interest.  He also became Ombudsman for BP America.  As Ombudsman, Judge Sporkin could be contacted by employees, contractors, or any others with a similar relationship to BP who sought to voice complaints or concerns relating to environmental, safety, or any other issues affecting the oil company anywhere in the United States.

Judge Sporkin said that it made him cringe to hear someone say that a judge is an activist judge or a conservative judge or a liberal judge.  As Judge Sporkin said, “There is only one mold for a judge, and that is someone who does justice.”  Judge Sporkin’s oral history illustrates how well he pursued that objective throughout his years on the bench.