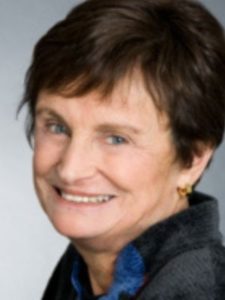 A Description of the Oral History of Mediation Pioneer Linda Singer

Mediation is now a fixture of the American legal system.  Using a neutral third party to try to avoid courtroom proceedings has become an almost routine first step.  Much of the credit for that goes to D.C. lawyer Linda Singer.

In an oral history, recorded as part of the American Bar Association’s Women Trailblazers in the Law Project, Singer recounts how it came about.  In fact, her interviewer, Carolyn Lerner, reflects the culmination of Singer’s work.  Lerner is the Chief Mediator for the D.C. Circuit.  She and her staff have provided free services to thousands of parties using a volunteer corps of experienced mediators.

It started when Singer graduated from Harvard Law School in 1969.  Working for a federally funded demonstration project involving young people in the custody of the D.C. Department of Corrections, Singer was drawn to inmate protests about their conditions of confinement.  Yet, trying to resolve their grievances was frustrating.  “Because our clients were people who tended to serve less than a year in prison, it didn’t do them any good to litigate and have a district court and a court of appeals decision.  They were long gone by the time that was decided.”

Singer says she saw a need to work things out.  “I began to think that mediation might be useful when we were trying to get the system to respond to us in some other way than having to sue them all the time.”

Singer put her idea into a concrete proposal.  “We managed to negotiate a process that involved a mediation stage and an arbitration stage for prisoner complaints against administrators.  It was used in D.C. and then later, we got additional funding from other sources to set up programs in California, Colorado, New York, and South Carolina.”

Singer says the only form of mediation she knew about at the time was labor mediation.  But it was seldom used to resolve labor-management disputes because they were usually governed by labor contracts.  With Michael Lewis (who became her husband) and a few others, Singer formed a non-profit organization to apply mediation more broadly.  “Our notion was to try to adapt labor processes to non-labor settings.”

At the outset this included school-related disputes and community conflicts and referrals from police.  “We had a large case load,” says Singer.

Singer is quick to point out that mediation and arbitration are different.  “An arbitrator has decision making power.  Traditionally all arbitration is binding.  So an arbitrator is like a private judge.  A mediator has no decision making power.  So, a mediator somehow has to develop skills to help people bridge their differences.  There is no such thing as binding mediation.”  If mediation fails, the parties remain free to seek to take their dispute to trial.

Singer believes the civil rights era accelerated the mediation process.  In the 1970s, she notes, citizen activists were looking for a way to resolve community problems more readily and inexpensively.  That fit with Singer’s idea of using mediation to provide a process for people who otherwise might not have been enabled to have access to any forum.

Unexpectedly, Singer found herself at odds with some women’s advocacy groups when it came to mediating domestic relationship clashes that could have resulted in minor criminal charges.  “They were trying to get more and more prosecutions, and here we were mediating.”  She hastens to add, “We mediated very few disputes involving spousal violence because [in those cases] we agreed that more serious sanctions often were appropriate.”

Singer asserts that commercial cases are “easier” to handle than most employment cases, “where someone generally feels completely victimized.  The victimization phenomenon can be very difficult to deal with.  Everybody is angry and you’re expected to try to settle that case in a day.”

On the other hand, “I think I feel the greatest sense of satisfaction in having settled some of the employment class actions that have not only dealt with monetary relief for class members but have contained significant changes in the way things should be done in the future.”

Singer says that mediation has evolved into a large-scale “field” of practice for both active and senior lawyers, and especially for retired judges.  Many of the mediators are not lawyers at all, but most have legal training.  As of the date of the interview, Singer noted that the American Bar Association’s Section on Dispute Resolution had become the largest section in the ABA because it permits non-lawyers to join as associate members.

“It’s extremely common now,” says Singer.  “Family courts have been requiring divorcing couples with children to go through mediation, often with a psychologist or other mental health professionals.  Many small claims courts have voluntary mediation programs.  In Texas and Florida, for example, before you can get a hearing in a civil case, you have to go to mediation.  In other places, by court rule a civil judge has the authority to order any civil case into mediation.”

Singer confesses to having mixed feelings about that.  She says she worries about judges who order everyone into mediation without making an individualized decision that mediation might be appropriate.  “As mediation becomes more routine and more mandatory, the better processes and outcomes that some of us think people can get may be lost . . . and mediation may become just another cog in a bureaucratic machinery.”

What quality is most needed in a mediator?  “Number one is persistence.  I used to think it was brilliance or charisma.  While both help, I think persistence – and the belief that almost all disputes can be resolved if you keep looking for a different, more creative way of doing it.”