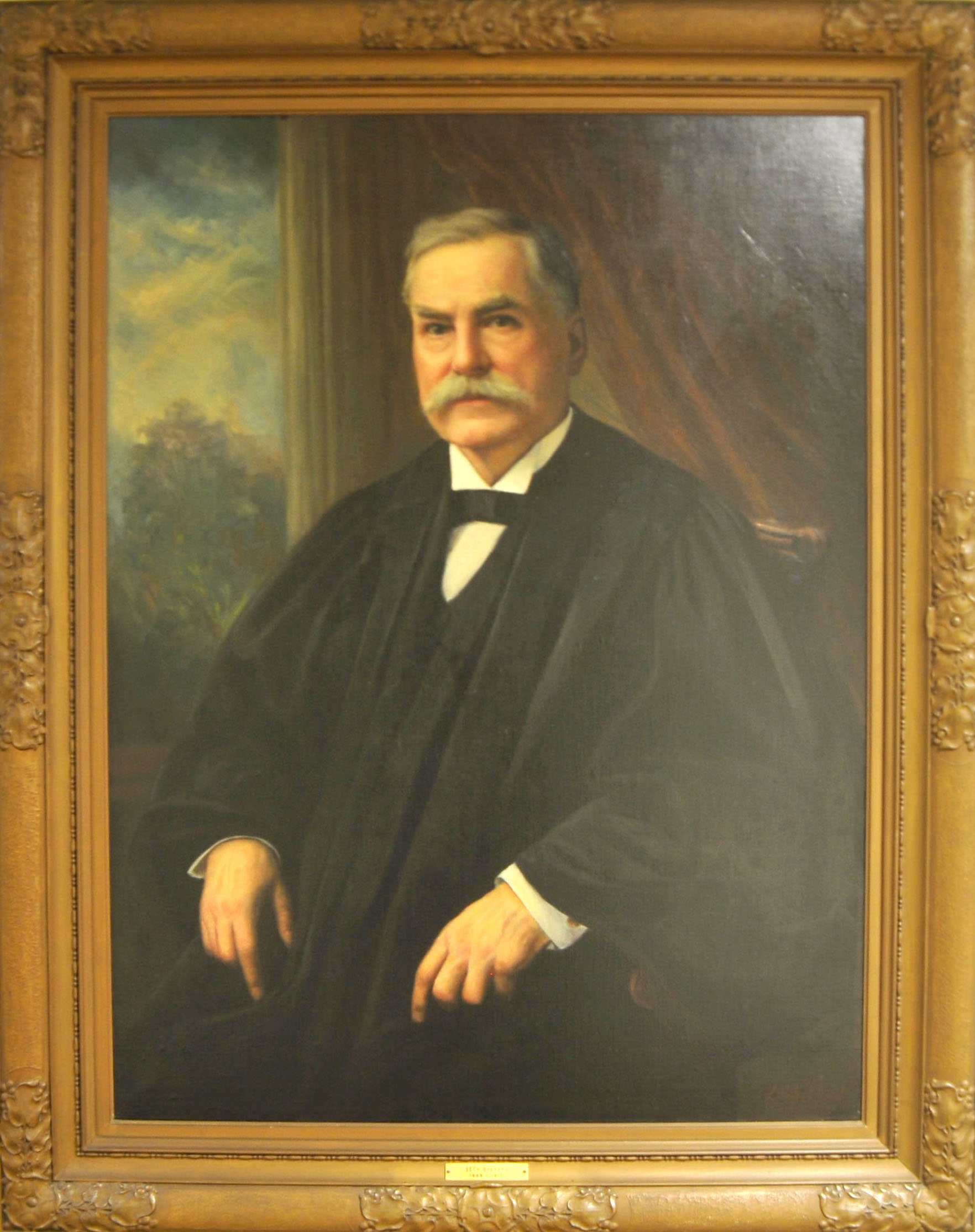 Chief Justice, U. S. Court of Appeals for the District of Columbia Circuit. Nominated by Theodore Roosevelt on December 16, 1904, to a seat vacated by Richard H. Alvey; Confirmed by the Senate on January 5, 1905, and received commission on January 5, 1905. Service terminated on September 30, 1917, due to retirement.

Artist
Louis H. Gebhard (1869 – 1924) was born in, and was a life-time resident of, Washington, D.C. He studied under L.P. Spinner. His first studio was on F Street, N.W., and he later opened a studio on Pennsylvania Avenue, the place where he died. Devoting his life to portrait painting, Mr. Gebhard painted an oil portrait of George Washington which has been displayed in Alexandria, Virginia, in the George Washington National Masonic Memorial. Unmarried, Mr. Gebhard lived with two of his three sisters.