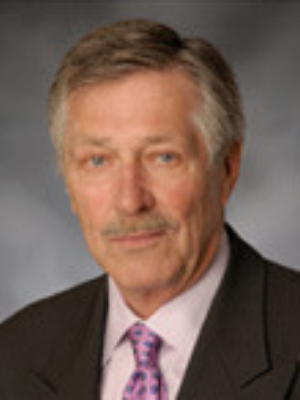 A Summary of the Oral History of Henry F. Schuelke, III

Hank Schuelke has had a long and distinguished career as a criminal lawyer. His legal knowledge is broad and precise, but what he really loves are circumstances: unusual facts, strategies and tactics that worked or didn’t, and human strengths and frailties. His oral history sparkles with descriptions of people both well-known and obscure: defendants innocent and guilty, fellow lawyers skilled or otherwise, senators, judges, and other leaders who commanded his respect or didn’t, and many other colorful folks. It’s a career full of adventures vividly described in a oral history that makes terrific reading.

Hank graduated in 1967 from Villanova Law School, served until 1972 as an attorney and later judge in the Army Judge Advocate General’s Corps at Fort Bliss and then in Korea, was an Assistant (later Executive Assistant) U.S. Attorney for the District of Columbia until 1979, and was a founding partner of Janis, Schuelke and Wechsler, where he remained until that firm dissolved in 2012, after which he joined Blank Rome LLP. But that capsule summary doesn’t begin to say how much he’s accomplished, how much good he’s done, or how much fun he’s had.

He describes the JAG Corps, which he admires, including his legal adventures involving crimes both serious and silly, and his life in Korea. In the U.S. Attorney’s Office, which he calls “the time of my professional life,” he tried one of the perpetrators of the murders of Hanafi Muslims, then the most horrific killings in DC history, and he tells the story of the subsequent prosecution of the Hanafi for deaths after they seized the District Building and the B’nai B’rith Center. He prosecuted Nick Antonelli, a real estate developer, and Joseph Yeldell, a D.C. politician, for a scheme to swap a favorable lease for favorable terms on personal loans; Antonelli’s counsel was Edward Bennett Williams, and after Hank won the first trial but lost the second, Williams said they had split a double-header.

In private practice, sometimes by accident but more often because other people trusted his skills and judgment, Hank’s career continued to involve cases of public importance. He successfully defended Bert Lance against a charge of bank fraud. (His firm later defended BCCI, a Pakistani bank; Hank describes this proceeding, which was background to the indictments of Clark Clifford and Robert Altman.) He represented the post-apartheid Government of South Africa in a U.S. prosecution of two companies owned by that government for illegal arms purchases. He was counsel to the minority Democrats on the Foreign Relations Committee as it considered the nomination of Al Haig to be Secretary of State, and later to the Senate Ethics Committee as it investigated and ultimately reprimanded Senator Alphonse D’Amato; his descriptions of interactions with Senators will bring smiles.

He represented Carolyn Huber, who worked for the Clintons before and in the White House and found the Rose Law Firm billing records that had mysteriously disappeared. Judge Emmett Sullivan appointed Hank to investigate the prosecutors of Senator Ted Stevens, whose misconduct led to the conviction of Stevens on corruption charges, a conviction later dismissed but not before Stevens lost re-election in 2008. He represented Ben Glisan, the treasurer of Enron, in the fraud proceedings at the end of its corporate life. He advised the independent directors of Boston Scientific and later Halliburton through their very public corporate vicissitudes. He was hired by the law firm Greenberg Traurig to investigate partner Jack Abramoff.

Hank comments perceptively, and with strong points of view, about some public cases in which he was not involved, including the Carpenter and McNally fraud cases in the Supreme Court and the prosecutions of Roger Clemens and Barry Bonds for using banned substances during their baseball careers.

Along the way, Hank’s done a lot of public good. He was Counsel to the D.C. Commission on Judicial Disabilities and Tenure, which investigates disciplinary complaints against judges and makes recommendations on reappointments. He was a long-time general counsel of the Autism Society, which serves families and lobbies for research and treatment, and he describes its role in the continuing struggles to define, understand, and cope with the disease.

Hank describes working hard but also playing hard. There have been a lot of physical activities involving big boats, marlin and other grand fish, and long motorcycle trips in the American West. Some of these adventures were tied to legal work: Hank tells of camping in Mozambique during his South Africa assignment and taking a hair-raising journey in French Guyana to show an SEC lawyer that a gold mine was real. All in all, it’s a legal career and a life full of good stories.

Nationally renowned practice of criminal defense representation in “white collar” cases with focus on the representation of corporations and their officers and employees in grand jury proceedings and criminal prosecutions, primarily at the federal level. As a corollary to that work, the firm often represents clients in the situations involving parallel civil  and administration proceedings and congressional investigations.

Since 206, specialized in the representation of the Boards of Directors of publicly-trading companies and their constituent audit, management oversight and special litigation committees in matters involving the Foreign Corrupt Practices Act, the Food, Drug and Cosmetic Act , federal securities law applied to public company accounting and shareholder demands for pursuit of derivative actions.

Courtesy of the Schuelke Family 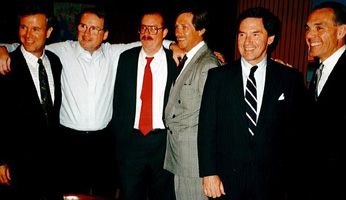 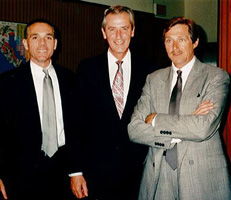 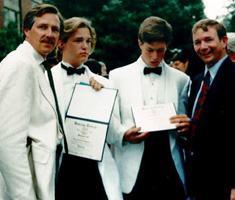