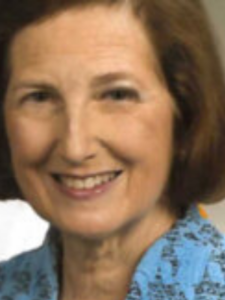 A Summary of the Oral History of Washington DC Attorney Lois J. Schiffer

If there’s one constant in Lois Schiffer’s professional life it has been care for the environment.

How did a sophisticated, big-city girl – educated at Radcliffe and Harvard Law, and brainy enough to be valedictorian at Wilson High School – become devoted to the environment?

She says it all started when she went to work at the Justice Department’s Land and Natural Resources Division.  A friend invited her to go rafting down the Colorado River through the Grand Canyon.

“It was an absolutely life-changing experience,” she recalls in an interview with D.C. attorney Katherine J. Henry.  “Through the wonderful rafting and hiking that we did on that trip and the incredible beauty of the scenery and the very remoteness from any civilization, I really came to love the environment in my heart.”  She adds, “(It) really committed me to protecting the environment.”

Her early career was anything but constant.  She thought she wanted to be a teacher.  She spent a civil rights summer in Mississippi and another at the Office of Equal Opportunity.  After law school, she handled housing cases at the Boston Legal Assistance Project.  But she wanted to be part of the action in her native Washington, D.C.

Her ticket was a job as a motions clerk in the U.S. Court of Appeals for the D.C. Circuit.  After that, she signed on with a small firm doing administrative law and litigation.  Of the 20 lawyers she was the only female.

That left time for some pro bono cases, several of them on women’s issues.  One of them she calls her “short cops” case   Police hiring excluded applicants under 5 foot 7, effectively disqualifying most women.  Schiffer got that rule changed in “short” order.   In another she negotiated a legislative fix to overturn a Pentagon policy that barred women – but not men – from military service if they had ever parented an illegitimate child.

That increased her interest in wanting to work full-time in using the law as an instrument for social change.  She joined the notable public interest Center for Law and Social Policy in 1974, working primarily on women’s rights issues.  Her portfolio included women’s health, equal participation in collegiate athletics, and additional military cases.

“I loved what I was doing at the Center,” Schiffer says, “and thought that it was making a real difference.”

Her move into environmental law came when Schiffer got a phone call in 1977 from James Moorman, the former head of the Sierra Club Legal Defense Fund, who had become an Assistant Attorney General in charge of the Justice Department’s environmental programs during the Carter Administration.

”The Division was known as the sleepiest backwater of the Justice Department,” she recalls.  “(Jim) said he was going to turn it into the best environmental law firm in America, and he would like me to be part of it.”

As a section chief, Schiffer managed 35 lawyers plus support staff.   She supervised litigation involving public lands, water rights, the Forest Service, surface mining, oil and gas leases, Native American issues and Alaska matters – all the while maintaining delicate relations with the Interior Department and other federal agencies, and working especially to strengthen the section.

“I began hiring a much more diverse group of people,” she says.  “I hired some women.  I added some minorities.  I hired people who’d had experience in different areas of the law who could learn public lands law but certainly knew things like administrative law and civil procedure and how to go to court.”

Schiffer says it was a wonderful feeling.  “How proud I was to be working for the United States Department of Justice.  Many people throughout the country really looked to the Justice Department to protect their rights and interests.”

It didn’t last.  In 1981 when the Reagan Administration took office pursuing a deregulatory policy, Schiffer was moved to a non-supervisory position.  She worked on major Superfund cases.  She also remembers an unusual case about the right of Bikini Islanders to claim damages resulting from nuclear testing in the South Pacific atolls in the early 1950’s.

By 1984, Schiffer was ready to move on.  “I was interested in doing something as an alternative to litigation,” she says.   A friend told her that NPR – National Public Radio – was looking for a new general counsel.

She ended up spending five years at NPR, handling contracts, satellite leases, copyright questions, labor negotiations, FCC matters – what she calls “quite a gamut of issues.”  She also was on the Board of the DC Bar and teaching an environmental law course at the Georgetown University Law School – something she did for 30 years.

At NPR, Schiffer had a staff of three or four lawyers, a small number, she says.  “I have always loved working with a lot of smart lawyers and so I had some interest in going back to work with a bigger group of smart lawyers.”  That led her in 1989 to join the law firm of Nussbaum & Wald where she worked in the burgeoning field of toxic tort litigation and hazardous waste cleanup.  Corporations and insurance companies wanted to know about risk and liabilities. “That was a big chunk of what I did,” says Schiffer.

She recalls her major move was to develop a significant enforcement program, one which would “focus not so much on having numbers of little cases, but on having possibly fewer but very big cases.”

She brought a series of cases against coal-fired power plants that she says “made a big dent” eventually in reducing air pollution.   She obtained consent decrees with a number of big cities to improve sewage treatment facilities.  She brought Native Americans on staff to secure water rights and land rights for tribes in the West.

By tradition, Division heads get to argue one case in the U.S. Supreme Court, in place of the Solicitor General’s lawyers.  Schiffer’s most panicky moment was not in the argument in a Superfund case, for which she felt fully prepared.  It came near the eve of argument.

“I’m planning to wear my navy blue suit,” she recalls saying, not knowing that the Court’s dress code required female government lawyers to wear either black suits or, if pregnant, black dresses.  “Well, you’d think I said I was planning to wear my red cocktail dress,” she says.  “So in the midst of all this preparation, I had to go out shopping and spend one of my evenings buying a new black suit.”   She won 9-0.

Schiffer left the Justice Department on the final day of the Clinton Administration in 2001.  She spent a year as head of the Washington office of the National Audubon Society.  Then back to her old law firm (now Lewis Baach), where she was encouraged to develop an environmental practice.  “It was interesting and (the firm was) fun to be around,” she says.

But, after three years, she decided she wanted to get back into government and took another unanticipated turn.  Acting on a tip from a friend, she was invited to become General Counsel of another federal agency, the National Capital Planning Commission.  “I was going to have an opportunity to work for a planning organization that really plans my hometown,” she says.

That gave her a whole new body of law to work with.  When the District proposed an electrified trolley line for H Street, she had to overcome an 1889 law passed by Congress prohibiting overhead wires below Florida Avenue or in Georgetown.  In a second case she had to contend with a 1910 law regulating the height of buildings in parts of DC.  “Most people think that nothing can be taller than the Capitol,” she says, “but that’s a myth.”   The law, which was intended to give the city an open, spacious look, relates permissible building heights to the width of the abutting streets, not exceeding 130 feet.

Was that Schiffer’s last big move?  No.  After four years at the Planning Commission, “I had some interest in seeing if I could identify a job that had more environmental law content,” she says.  She found one that ranged “from the bottom of the sea to the top of the sky.”

She became General Counsel of the National Oceanic and Atmospheric Administration (NOAA) with a staff of 110 lawyers and six regional offices, one-third or more of the Commerce Department.  Within its ambit: fishing and fisheries, coastal zone management, coastal pollution, the National Weather Service and marine sanctuaries.

Her biggest challenge was the BP oil spill in the Gulf of Mexico in 2010.  “We had a war room,” she says.  “It was a full-time job (from April to September).”  Assessing the damage to the Gulf, coordinating the cleanup – and especially applying the tougher penalties for environmental damage under a law enacted after the 1989 Exxon Valdez spill.  “It was certainly the first time there was anything of this scale,” she said.

Schiffer retired from government service in 2017.   Had she accomplished everything she wanted to?

Almost.  After her raft trip through the Grand Canyon more than forty years earlier, she had “committed” to visiting and hiking in every one of the 62 National Parks in the United States.  As of this date, 2020, she still has three to go. 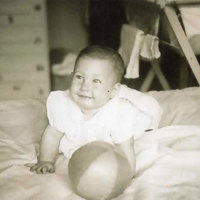 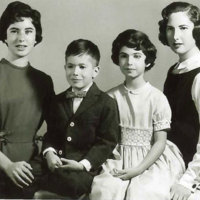 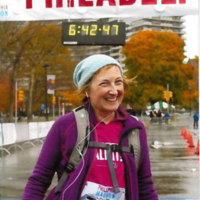 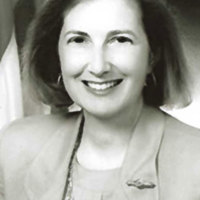