Alan Rosenthal’s 60-plus year legal career began with a clerkship for Judge  Henry Edgerton on the D.C. Circuit Court of Appeals in 1951. At that time, the city
was largely segregated and the court docket was so limited that the court did not sit  during the months of July, August and September. Rosenthal’s most striking
memory of his clerkship year was the en banc argument in Youngstown Steel and  Tube Co., challenging President Truman’s seizure of the steel companies. He vividly  recalls the judges’ negative reaction to the preening and posturing of Solicitor  General Philip Perlman who made it clear that he was deigning to appear in a court  of appeals. (Oddly, the Supreme Court assumed jurisdiction before the Court of  Appeals issued a decision. Hence, there was no appellate opinion.)

During his long government career, Rosenthal was involved in, and witness  to, events involving several landmark cases. The most notable was Brown v. Board  of Education II.

As a relatively new attorney in the Department of Justice, Rosenthal was  asked to work with the Solicitor General’s office on the government’s brief to the  Supreme Court dealing with how to implement the ruling in Brown v. Board of  Education. Rosenthal spent a summer studying how various states had managed
integration and prepared the first draft of the government’s brief urging prompt  desegregation. After the brief was reviewed and edited within the Department of
Justice, Solicitor General Simon Soboloff personally delivered the draft to the White House for review by President Eisenhower.

The president was not persuaded. His extensive penciled comments  indicated his view that the government should weaken its position. As the  president saw it, the states had acted in good faith in relying on Plessy v. Ferguson,  and that should be taken into account in fashioning a remedy. According to  Rosenthal, Attorney General Herbert Brownell simply ignored the President’s  suggestion.

While Rosenthal did not argue Brown v. Board of Education II before the Supreme Court, he was present in the courtroom. He recalls Virginia’s Attorney General presenting a statistical argument claiming that a large percentage of students in Virginia were African Americans born out of wedlock. Moreover, he
claimed, a significant percentage of persons with venereal disease in Virginia were African American. These “facts”, he urged the Court, explained why white parents would not tolerate integration of Virginia schools. The justices were silent in the face of this argument.

Solicitor General Soboloff, who argued Brown v. Board of Education II before the Court, figures heroically in Rosenthal’s memory. Rosenthal, who himself stood up successfully to McCarthy era harassment about his security clearance, recounts Soboloff’s refusal to sign the government’s Supreme Court brief in Peters v. Hobby, a case in which the government had unjustifiably removed security clearance from a government employee. Rosenthal reports that the “price” Soboloff paid for that act of independence was appointment to the Fourth Circuit, rather than to the D.C. Court of Appeals which he wanted and expected.

Rosenthal himself argued nine cases before the Supreme Court and describes how different arguments were in the 1950s. Justice Frankfurter could be noticeably rude; he would turn his chair and give his back to a litigant during a portion of an argument that irritated him. Also in those days, unlike today, arguments were in the afternoon. Arguments could spill over two days as those which were not completed at the appointed hour were often carried over to the next morning.

Toward the end of his time at the Justice Department, Rosenthal found himself in the midst of a political tussle with the Nixon White House. White House
counsel John Dean called Rosenthal and asked him to urge rehearing or rehearing en banc in a D.C. Circuit case involving a challenge to milk marketing order prices. The Circuit had remanded the case to the district court for a trial. Dean made clear the White House wanted to delay the trial until after the 1972 election. Rosenthal replied that he could not and would not honor Dean’s request. In order to file a petition for rehearing there had to be a good faith belief that it was justified and a certification that it was not filed for purposes of delay. However, because the ultimate decision on an en banc petition belongs to the Solicitor General, Rosenthal passed the request along. Solicitor General Erwin Griswold refused to allow the filing. About a year later, Griswold was summarily fired. He confided to Rosenthal his belief that the firing was due to his denial of John Dean’s request.

Alan S. Rosenthal was born in New York City on September 30, 1926. After service in the United States Army Air Forces during the latter stages of World War II, he graduated from the University of Pennsylvania (1948) and then the Yale Law School (1951).

Following service as a law clerk to Judge Henry W. Edgerton of the united States Court of Appeals for the District of Columbia Circuit, Mr Rosenthal joined the Appellate Section of the Civil Division of the Department of Justice in October 1952, becoming an Assistant Chief of that section in February 1958.

During his 20 years in the section, he argued approximately 225 cases in federal and state appellate courts, including nine in the United States Supreme Court and at least 20 in the District of Columbia Circuit.

In addition, following the Supreme Court’s May 1954 decision in Brown v. Board of Education holding racial segregation in public education to be unconstitutional, he was detailed to the Office of the Solicitor General for the purpose of preparing a draft of the brief for the United States on the question of appropriate relief, which the Court had set down for the further briefing and argument.

In 1972, Mr. Rosenthal assumed the position of Chairman and Chief Administrative Judge of the Atomic Safety and Licensing Appeal Panel of the Atomic Energy Commission, later Nuclear Regulatory Commission (NRC).  He held that position until his 1988 retirement  form full-time government service.

Since 1988, Mr. Rosenthal has continued to work for the federal government in a number of part-time positions. After remaining a member of the NRC’s Appeal Panel for almost three years, in 1991 he accepted a five year, non-renewable appointment to the then General Accounting Office’s Personal Appeals Board.  After the expiration of his term, he returned to the NRC as an Administrative Judge on its Trial-level tribunal, a position he still holds in June 2012.

Mr. Rosenthal was married for over 60 years to the late Helen Miller Rosenthal. They had four children and five grandchildren.

Courtesy of the Rosenthal Family 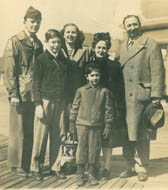 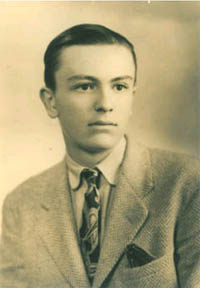 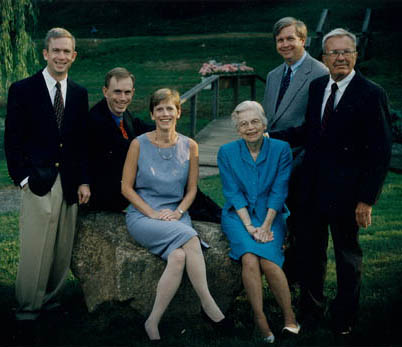 Alan S. Rosenthal and his family