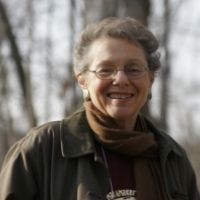 It all began with Aristotle.  Headed home from the start of her doctoral program in philosophy at Johns Hopkins University, Florence Roisman was struggling with the weight of a big, thick book about Aristotle when an old man sitting across from her on the New York City subway called out.  “Excuse me, I don’t mean to be rude, but with the world in such a mess, how can you be studying philosophy?”  Roisman replied, “That’s just what I have been thinking about for the last six hours on the train from Baltimore.”

Decades later, in her oral history, Roisman explained what happened next.  “So I went back to school and told the head of my department that I was going to leave to go to law school.”  She did.  In 1963 she graduated from Harvard with honors and believes she would have done even better had it not been for her outspoken manner and the hostility of faculty members who were not yet reconciled to the attendance of women.

She went to work at the Federal Trade Commission but stayed only a year.  Ever forthright, her professional debut went unevenly when she “mouthed off” (her words) about an “insulting and demeaning” requirement to fill out time sheets.  “You wouldn’t think one could make trouble at the FTC, but I did.”

Roisman moved to the Justice Department’s Civil Division, where she was uncomfortable filing appeals in cases in which she thought the government’s position was “terrible, just absolutely awful.”  After three years she quit – and that led to the biggest episode of her career.

“On February 20, 1967, I went to work for the D.C. Neighborhood Legal Services Project, and it changed my life.  That was it.”  Roisman recalls her supervisor, David Marlin, telling her, “Go out to the neighborhood offices.  Go meet people.  Go out and see whether you can be helpful.”  Roisman spent the next twenty years in Washington keeping bad things from happening to needy tenants – and transforming landlord-tenant law.

At a time when tenants, especially low-income tenants, almost never prevailed in landlord-tenant courts, Roisman employed modern contract law.  She persuaded judges to discard the feudal-ages doctrine that there was no promise implicit in leases that the premises were fit for occupancy.  To the contrary, Roisman insisted that residential leases incorporated at least an implied warrant of habitability, consistent with the purposes of local housing codes.

Roisman rarely argued cases personally.  She was a master tactician who maneuvered to bring housing disputes to Federal court, where sympathetic judges gave her victories that would have been unimaginable in landlord-tenant courts.  She recruited public interest lawyers and top-notch litigators to handle the cases pro bono – even famed Harvard Law professor Archibald Cox.  In one of her cases, Cox won a D.C. case establishing that states could not discourage poor people from migrating there by denying public assistance to anyone who had been a resident for less than a year.

Roisman attracted headlines herself when she convinced a court that a tenant was entitled to back out of a rental agreement and get her deposit back if a landlord failed to comply with a housing code provision that rental properties be “clean, safe and sanitary.”  A Washington newspaper excitedly described the ruling as the first time a local tenant had won a lease dispute since World War II.

Roisman was on the front pages again in the much-publicized Clifton Terrace case.  The owner – she called him a “certified public slumlord” – of a three-building complex at Clifton Street, N.W., “sued everybody” when his tenants initiated a rent strike over deplorable conditions.  Roisman says the tenants asserted the existence of as many as 1700 housing code violations, and attempted to bring bags of mouse feces, dead mice, and roaches into the courtroom.  A Municipal Court judge disallowed the evidence and ruled in favor of the landlord.  So did the D.C. Court of Appeals.

Roisman and her colleagues won a reversal after petitioning the U.S. Court of Appeals.  In a historic decision written by Judge J. Skelly Wright, the Court concluded that leases should be construed like any other contract, making them subject to implied warranties, just as Roisman contended.  Roisman remembers the ruling as “revolutionary, big, big.”

That wasn’t the end of the case.  Roisman persuaded the D.C. Corporation Counsel to prosecute the landlord, Sidney Brown.  “It was very dramatic,” Roisman recalls.  “The courtroom was full of tenants, and their testimony was just heartbreaking.”  No heat.  Dead rats.  “I mean it was just horrible.”  The judge convicted Brown and ordered him jailed immediately.  The tenants burst into applause.  Says Roisman, “It was the first time a landlord had been found [criminally] responsible for violations, probably ever.”  (For the record:  Brown got out on bond and never served time.)

How to describe Florence Roisman?  The Washington Evening Star once described her as “the fiery female attorney.”  A realtors’ association called her “the witch” of Washington.  The Washington Post used the adjective “hardnosed.”  In her oral history, she herself admits to being “feisty,” and says, “My basic line, what I’m famous for, is, ‘We’ll sue them.’”

Roisman gives particular credit to the judges of the D.C. Circuit.  She names specifically Circuit Judges Wright and Carl McGowan, and District Judges Charles Richey, Gerhard Gesell, William Jones – and especially Harold Greene, who presided over the Clifton Terrace case.  “I wanted to send him flowers, fill his chambers with flowers.  I had a number of cases before him, and he was quite wonderful.”

After two decades in Legal Services, Roisman went into private practice and was suddenly propelled in a new direction in 1987 after she was overcome by a “light bulb” moment.  She says the owner of a 500-unit apartment complex began eviction proceedings in order to renovate the buildings and obtain higher rents.  Roisman says she couldn’t find “a handle” to stop the evictions until she asked, “What color are the tenants?”  The answer was “all Black and Hispanic.”  “The light bulb went on, and I thought to myself, you imbecile, what have you been doing for 20 years without taking race into account?  There really was intentional racial discrimination here.”

Says Roisman, “We got a preliminary injunction, and then we got a very good settlement that kept the tenants, got them subsidies.  And then, like all converts, I became a zealot.  Almost everything I’ve done since 1987 deals with racial issues.”   Roisman became a nationally known authority on confronting housing discrimination.

Throughout her time in Washington, Roisman taught at Georgetown, Catholic University, the University of Maryland/Baltimore, and elsewhere.  But when she sought a full-time tenured professorship, offers were slow in coming, possibly because she was considered too provocative.   She left Washington and became the William F. Harvey Professor of Law at Indiana University in Indianapolis.

An advocate for the homeless, Patricia Mullahy Fugere, once defined Roisman’s contribution to the law.  She said Florence Roisman “never saw an injustice for which she could not devise a credible cause of action.”  In her oral history, Roisman says she only tried to be useful.  “I knew if I didn’t do something about an injustice, nobody would do anything.  So I would really wind myself up and make myself go in there and fight.”

The interviews that comprise this oral history were conducted in 2005-2009 by Mary Wolf, Director of Clinical Programs at the Indiana University Robert H. McKinney School of Law in Indianapolis as part of the American Bar Association’s Women Trailblazers Project. 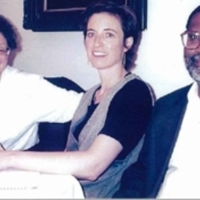 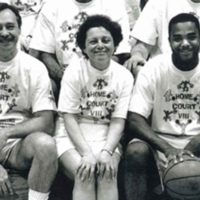 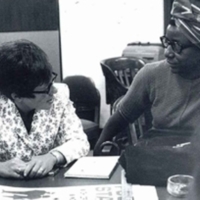 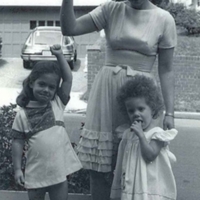