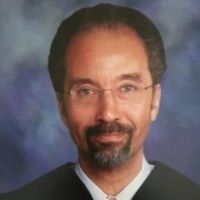 Based on Richard Warren Roberts’s Oral History for the D.C. Circuit Historical Society

Judge Richard Roberts, a multi-talented public servant, civil rights prosecutor, and federal judge, has dedicated his career to furthering the cause of justice.  In his eighteen years on the federal bench, he adjudicated cases that strike at the heart of our democracy, and hired dozens of law clerks from diverse backgrounds who are making their own mark on the legal field.

Judge Roberts was born in New York City to parents who left behind the Jim Crow South in pursuit of a home where their immense talents and those of their children could flourish.  His father was a Renaissance man with a Master’s Degree in English from New York University who taught at junior high schools in New York, including Judge Roberts’s junior high school.  In his father’s spare time, he designed and built by hand a vacation home for his family in upstate New York, was active in the Episcopal church, and used his own printing press to design church fliers and the birth announcements for his children.  Judge Roberts’s paternal grandfather, after whom he was named, was a famous photographer in the Black business district of Columbia, South Carolina, in the 1920s and 1930s.  His grandfather’s portraits were collected and published in a book in 1986.

Judge Roberts’s mother’s side of the family was equally accomplished.  His maternal grandfather had a doctorate in divinity and served as the pastor of a church and the head of Virginia Theological Seminary.  His mother had an enchanting voice and was a chorister in the Metropolitan Opera.  Judge Roberts grew up watching her perform from the balcony of the Met.  Following her opera career, his mom became a public school teacher.  His aunt, Margaret Tynes, who is still alive today at the age of 101, was an acclaimed opera singer who performed in her early years with legendary artists such as Harry Belafonte and Duke Ellington.  Later, she moved to Milano, Italy, where she was catapulted into the heights of the opera world during her 40-year career there.  A formative experience in Judge Roberts’s childhood was traveling with his aunt throughout Europe on one of her performance tours one summer when he was fourteen years old.

Like those in his family who came before him, Judge Roberts is a man of immense talents.  He is an accomplished pianist who attended the High School of Music and Art in New York, the inspiration for the movie Fame.  He is also a talented singer who performed with the All-City High School Chorus and in venues as esteemed as Carnegie Hall and Rockefeller Center.

He was in the first class of freshmen men to attend Vassar College and enrolled in a semester exchange program at Princeton University in his junior year.  That summer, he interned for Senator Ted Kennedy while the Watergate hearings were taking place.  After graduating in 1974 from college where he studied African liberation movements, his graduate studies took him to Kenya and Tanzania.  When he returned, he was ready to pursue a legal career and studied in the Council on Legal Education Opportunity Summer Legal Institute program before attending Columbia Law School.  At Columbia, he took Civil Procedure with then-Professor Ruth Bader Ginsburg, was active in the Black American Law Student Association, and graduated in 1978.

Judge Roberts went to law school initially intending to become a criminal defense attorney, prompted by New York State’s violent response to the Attica Prison uprising, but was offered a position in the Honors Program at the U.S. Department of Justice, Civil Rights Division, when Drew Days was the Assistant Attorney General.  It was too good of an offer to pass up.  He joined the Criminal Section, after first completing a detail handling misdemeanor criminal cases in the U.S. Attorney’s Office for the District of Columbia.  One high-profile case once he was back in the Criminal Section was the prosecution of Joseph Paul Franklin, a white supremacist serial killer who had targeted Black people and biracial couples.  Judge Roberts also prosecuted slavery cases in North and South Carolina and a police officer who molested a nine-year old Black girl in Florida after falsely accusing her of robbing a candy store.

After four years in the Civil Rights Division, he wanted to get exposure to civil litigation and worked as an associate at Covington & Burling.  After a three-year stint, he realized he missed government service and returned to the Justice Department, first serving in the U.S. Attorney’s Office for the Southern District of New York and then back in the U.S. Attorney’s Office for the District of Columbia.  His dramatic reenactment of D.C. Mayor Marion Barry smoking crack in the Vista Hotel transfixed the courtroom during his opening statement in the 1990 trial of the Mayor.  In the next administration, he rose to the position of Principal Assistant to U.S. Attorney Eric Holder.  Then, Judge Roberts had the opportunity to go back to where he started, but this time as Chief of the Criminal Section of the Civil Rights Division.  He served as Chief for three years until he was appointed by President Bill Clinton to a seat on the U.S. District Court for the District of Columbia.

On the bench, he presided over a range of cases, including ones concerning constitutional protections for protests at the Capitol building, a First Amendment challenge to Congress withholding the results of D.C.’s marijuana referendum, campaign finance laws, major drug conspiracies, spinoffs from the Jack Abramoff scandal, and employment discrimination, among others.  He participated in Just The Beginning Foundation programming and proudly hired talented law clerks who represented the broad scope of diversity in America.  He was also innovative in developing practices to celebrate the successes of incarcerated individuals who had been released from prison and had satisfied all conditions of their post-release supervision.  Judge Roberts became the Chief Judge of the District Court in July 2013 and retired in March 2016 on the advice of his doctors. 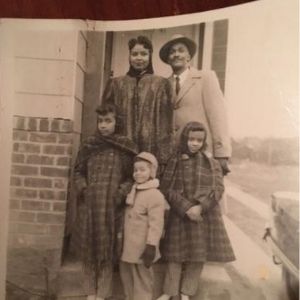 Circa 1957 with Judge Roberts’ parents and sisters outside their home in Jamaica, New York. 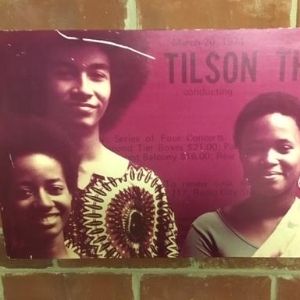 Carnegie Hall – Judge Roberts performed the bass solo in Beethoven’s 9th in a dashiki during the 1970 High School of Music and Art graduation. 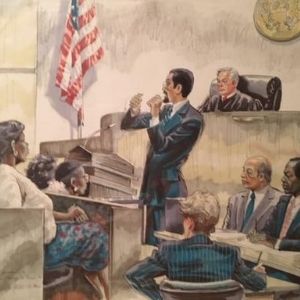 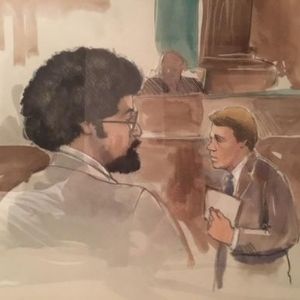 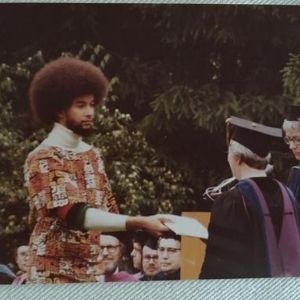 Graduation from Vassar College in 1974 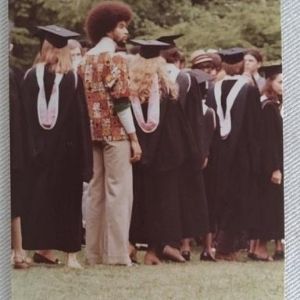 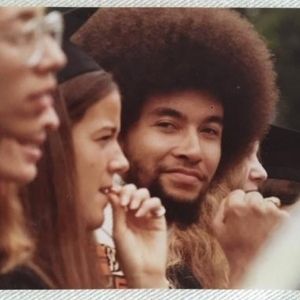 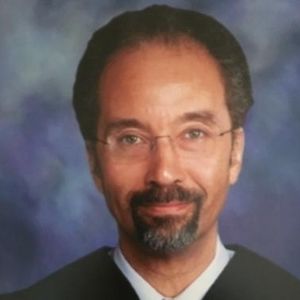