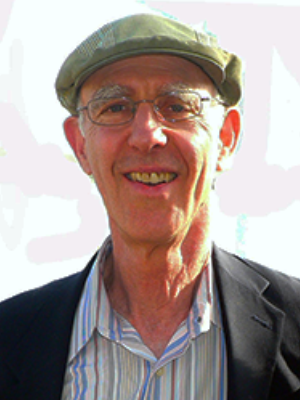 Robert Kopp and His Decades of Service at DOJ

Based on Robert E. Kopp’s Oral History for the D.C. Circuit Historical Society

While his own career was within the staid halls of the U.S. Department of Justice, Robert Kopp began his oral history with tales of adventure out west. He spent his early childhood in Hollywood, where his father’s law firm represented such luminaries as Marilyn Monroe, Bob Hope, Gene Autry, and Elizabeth Taylor. His uncle was also renown for representing Hollywood celebrities, but he is remembered less for the celebrities themselves than for the counsel he gave them: he advised his Hollywood clients (who he felt had nothing to hide) to testify when called before the infamous House Un-American Activities Committee. And so they “named names,” as it was then described.

Robert Kopp moved to Washington, D.C. as a teenager when his mother remarried after his father’s death. His stepfather, Arnold Raum, had begun his career in the Department of Justice in the 1930s, and like Robert himself so many years later, wound up in a high position of authority within the Department. Thus in his oral history Kopp is able to discuss governmental policy and litigation as far back as the 1930s and ending with his retirement in 2011.

His stepfather, who rose to the number two position in the Solicitor General’s office, happened to be the highest-ranking person in the Department who was at the office on Sunday, December 7, 1941. And so it was that a call from a Navy Admiral got directed to him with a request that a message be transmitted to his boss: “Tell the Attorney General that the nation is at war.”

In his position in the Solicitor General’s office, Arnold Raum worked on a case defending the government’s internment of Japanese-Americans. One of the poignant moments of Robert Kopp’s oral history is his hope that his own connection (as Director of the Appellate Staff, Civil Division) to the Guantanamo Bay cases might not also ultimately be seen as being on the wrong side of history.

The angst in the question is indicative of the thoughtful and candid way that Robert Kopp looks back on his career. He discusses what it is like to present arguments that are legally defensible, and sound both statutorily and as a matter of policy, but emotionally difficult (e.g., challenging the award of disability payments to Filipino veterans from World War II because they were statutorily excluded from recompense despite their service; questioning excessive damage awards in cases where government negligence during delivery resulted in “damaged babies” with lifetime disabilities).

Because his tenure with the government was so long (45 years), Kopp found that some government policies evolved to such a degree that his office ultimately championed a position diametrically opposed to one it had earlier advocated. Thus, as a young attorney he sometimes defended (usually on
technical rather than substantive grounds), the dismissal of gays from government service. Toward the end of his career, and after much discussion within the Department, his office was told to file a brief upholding the constitutionality of the Defense of Marriage Act, which defined marriage as the union between a man and a woman.

Then President Obama himself got involved in determining how the government should handle the litigation, and, astonishingly, the office filed a “supplemental brief” arguing that the act was unconstitutional. As Kopp noted with wry humor, he had “the rare honor of putting my name on two briefs filed in the same case where the second brief took a position opposite the position we had supported in the first brief. No one can say that being a government lawyer is not interesting.”

It is clear that Kopp’s heart was with the second filing, but he saw that as irrelevant. As a government attorney, he was scrupulously apolitical. (Interestingly, his wife is a politician who for 27 years was an elected member of the Maryland legislature; she ultimately became – and is still at this 2018 writing – Treasurer of the State of Maryland.)

Another issue on which the government’s position changed radically within the span of Kopp’s career was tobacco. As a new attorney in the Department, he successfully opposed Ralph Nader’s challenge to smoking on airlines. Decades later, attorneys in his office won a decision in the D.C. Circuit holding that the tobacco companies were involved in a racketeering enterprise and should be enjoined from making false or deceptive statements, and indeed, should issue corrective statements.

Another fascinating way in which the handling of cases changed was the introduction after Watergate of political appointees to insulate and protect government attorneys from direct political pressure. No longer would the president of the
United States directly call a government attorney to discuss the merits of a case, as FDR did to one of Kopp’s predecessors.

Reading this Oral History gives one a ringside seat on some of the most interesting, important, and thorny legal issues of the last half century. To give just some examples: Kopp worked on litigation challenging the constitutionality of the Vietnam war (on the ground that there was no Congressional declaration of war); the ability of the president to rely on a treaty (rather than an act of Congress) to return the Panama Canal to the Panamanians); and whether the Senate Watergate Committee could get access to Nixon’s White House tapes.

The latter is a case that Kopp thinks is ripe for historical review. The government filed an astonishingly short (five page) brief. “The strange fact was that there were only two pages of argument in one of the most important Watergate briefs of its day.” He doesn’t know the pressures and political maneuvering behind that filing, and hopes that someone will flesh out that information.

Perhaps someone reading his Oral History will take up the gauntlet.

Major Honors and Awards
Department of Justice John Marshall Award for Outstanding Appellate Advocacy 1976
Attorney General’s Award for Distinguished Service, 1990 (“in recognition of his outstanding career as a Federal litigator, his excellent leadership and managerial skills, and the significant impact he has made on the development of the law and the ability of each Administration to carry out its programs.”)
Distinguished Executive, Senior Executive Service, 1992, 2005
Beatrice Rosenberg Award, D.C. Bar, 2000
Stanley Rose Award, highest award of the Civil Division, 2010

Courtesy of the Kopp Family

Robert with grandparents Harold and Frances Kopp in 1944

Robert with his sisters Kathy and Liz in 1950

Robert with his mother and Mort Hollander (DOJ) when Robert won The Bea Rosenberg Award for Excellence in Government Service from the D.C. Bar in 2001

Robert at retirement with son Robert and daughter Emily