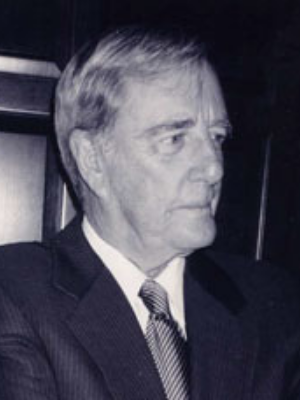 The son of Judge E. Barrett Prettyman of the United States Court of Appeals for the District of Columbia (1962 – 1971), Mr. Prettyman enlisted in the armed forces in World War II after graduating from high school.  He was sent overseas, landed on Normandy Beach, and engaged in combat in Germany, where he was severely injured.  Upon his return home, he entered Yale University, graduating in 1949.  Thereafter he worked as a reporter on the Providence Journal (Rhode Island) before enrolling in the University of Virginia Law School in 1950. As editor of the Law Review, and winner of the moot court competition, he was well prepared to clerk for three Supreme Court Justices – Robert Jackson, Felix Frankfurter, and John Marshall Harlan.  Brown v. Board of Education was decided during his clerkships, and he is reputed to have influenced Judge Jackson’s thinking on this case.

Upon concluding his clerkships in 1955, Mr. Prettyman joined the Washington, DC law firm of Hogan & Hartson (now Hogan Lovells), beginning with an antitrust practice.  In 1962, he was enlisted by the Kennedy Administration to assist in the exchange of Cuban prisoners captured in the Bay of Pigs invasion for medical supplies, baby food, and other critical items.  In the course of these efforts, Mr. Prettyman traveled to Cuba, where he negotiated directly with President Fidel Castro.  When this work ended, Mr. Prettyman took a leave of absence from Hogan & Hartson to undertake government service, first as special assistant to Attorney General Robert Kennedy, and then as special assistant to President John F. Kennedy for transportation matters.

Upon returning to Hogan & Hartson once again, Mr. Prettyman began to develop an appellate practice, which he continued for the rest of his legal career.  In the course of that practice, he argued 19 cases before the United States Supreme Court, filed over 100 certiorari petitions and op certs, and appeared before numerous circuit courts of appeal.  He headed the firm’s appellate practice (which at one time included now Chief Justice John Roberts), representing a wide array of clients, including Pillsbury Mills, Western Pacific Railroad, Howard Hughes, the Reporters’ Committee for Freedom of the Press, Capitol Records, and the State of Nevada.

Over the years, Mr. Prettyman was retained as outside Counsel by a number of Congressional committees. In the late 1960s, he served as counsel to the Senate Refugee Committee, which engaged in the investigation of conditions in hospitals and refugee camps in Viet Nam during the war with that country.  This representation took Mr. Prettyman to Viet Nam with Senator Edward Kennedy to view conditions on site.  Later, he served as outside counsel to the House Oversight Committee, which pursued an investigation of AT&T on the question of whether it acted in the national interest when it intercepted messages with wiretaps.  Still later, Mr. Prettyman served as Special Counsel to the House Ethics Committee overseeing the ABSCAM sting operation.  This brought to light bribes of several members of Congress to induce their support of legislation to permit certain foreign sheiks to remain in the United States.

Mr. Prettyman also had strong literary interests.  He represented a number of authors, including Katherine Anne Porter (Ship of Fools), and J. P. Donleavy (The Ginger Man Letters).  He served on the Board of the PEN/Faulkner Foundation, including three years as its President.  He is the author of the prize-winning Death and the Supreme Court, which examines the Court’s death penalty jurisprudence.  His interest in the death penalty was invigorated by his work on a documentary on the subject with Truman Capote (In Cold Blood), and by his pro bono representation of a number of death row prisoners.  Mr. Prettyman was also an avid collector of rare books.

Mr. Prettyman was elected the first President of the unified DC Bar, and served on several non-profit boards, including the Street Law Project.

All in all, a remarkable career.

Courtesy of the Prettyman Family 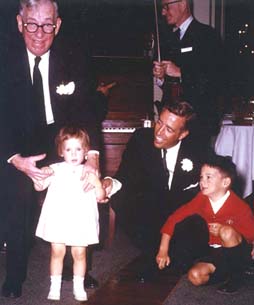