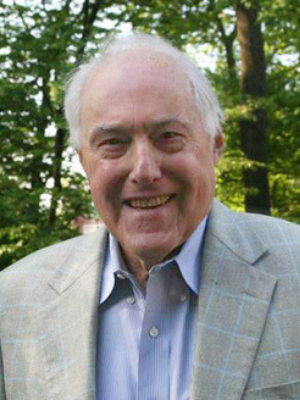 Selma and the Voting Rights Act in Oral History, The Civil Rights Division

You hear the name John Doar fleetingly in the recent film, Selma, which portrays the dramatic civil rights march from Selma to Montgomery, Alabama to build support for passage of the Voting Rights Act. The story is told from the perspectives of Dr. Martin Luther King, Jr. and President Lyndon Johnson. Most who see the film won’t know who Doar was, but his key role and that of the Civil Rights Division of the Department of Justice in converting the drama into enactment and enforcement of the Voting Rights Act are detailed in the oral history of Steve Pollak, Doar’s assistant and successor as head of the Civil Rights Division.

“John was a revered leader in the [Civil Rights] Division. He was in total control…. He had attorneys out in the South — all over the South…. John went south himself all the time… and it fell to me to manage the Division from Washington,” Steve Pollak remembered.1 John Doar was often personally present and involved in the dramatic events as a representative of federal authority and law. In the photograph above, when James Meredith broke the color barrier at the University of Mississippi in 1962, Doar walked with him onto campus. Doar was in Alabama in March 1965 enforcing Judge Frank Johnson’s order that Dr. Martin Luther King had a constitutional right to lead the march from Selma to Montgomery. The Voting Rights Act was passed in August of that year.

Support for its passage had been growing as the public saw the beatings of the Selma marchers by Alabama law enforcement officers on television and read reports of the violence against and murders of African Americans and civil rights workers in the South.

President Johnson was pressing Congress to pass the voting rights bill, but there were the usual missteps in Washington. Attorney General Nicholas Katzenbach made the mistake of conferring first with Senate Republican leader Everett Dirksen of Illinois about the President’s version of the bill, bypassing Democratic Majority Leader Mike Mansfield of Montana.

Mansfield felt slighted. His then-aide, Charlie Ferris, later told Pollak that his boss was so offended that the Senator instructed him to prepare a different bill, one Mansfield could claim as his own. Mansfield wanted the bill to be one page long. Pollak recounted his conversation with Ferris: “Charlie took him seriously and left the meeting without any idea of what he would do. It seemed to him impossible that he could craft on one page an entire voting rights act, when the current bill or the bill that had passed the House was 62 pages.

Mansfield [also] instructed him to have nothing to do with the Department of Justice.” Ferris called Burke Marshall for help. Marshall had preceded Doar as head of the Civil Rights Division. He set up a meeting for himself with Ferris and Harold Greene, head of the Civil Rights Division’s Appellate Section. According to what Ferris told Pollak, “they worked up a bill that they typed single spaced and crammed as much on a page as they could…. [Ferris] then took that bill to Mansfield and he also encouraged Katzenbach to come up and make his amends with Mansfield…. As Charlie told it, the confluence of a second Katzenbach visit and the draft that Marshall, Greene and Ferris had worked on broke that log jam.”2

Compromises were still needed. Dr. King believed that the poll tax in four of the Southern states (Alabama, Mississippi, Texas, and Virginia) was a significant deterrent to poorer black voters. The voting rights bill that had passed the House, which, like the Senate, was controlled by the Democrats, dealt with this by providing that no person should be denied the right to register or vote because of a failure to pay a poll tax. But when the bill got to the Senate, Republican Dirksen balked.

The Administration compromised. It deleted the prohibition on the poll tax and instead inserted language directing the Attorney General to bring lawsuits to have the tax declared unconstitutional. Congress passed the bill with the compromise language, and on August 6, 1965, President Johnson signed it into law. The next day, the Justice Department filed suit in Mississippi asking that the poll tax there be declared unconstitutional and its enforcement enjoined. Similar suits were filed in Alabama, Virginia and Texas three days later.

Ironically, the American Civil Liberties Union beat the government to the punch. It had already filed a lawsuit against Virginia’s poll tax, and that case reached the Supreme Court before the Justice Department’s cases. In Harper v. Virginia State Board of Elections, 383 U.S. 663 (1966), the Supreme Court declared the poll tax unconstitutional overturning its own precedent in Breedlove v. Settles, 302 U.S. 277 (1937).3

Civil rights leaders at times faulted the Justice Department for being too cautious and for not interjecting itself more forcefully into the situation in the South. Those in government had their reasons. For one thing, there were manpower limitations. The Civil Rights Division never had more than 100 attorneys, although it could and did at times borrow lawyers from other divisions of the Justice Department.5

For another thing, Burke Marshall, who established the intellectual framework for the Justice Department’s approach, believed there were political, practical, and constitutional limitations. Pollak characterized his position as one of a restraint by the federal government on civil rights law enforcement, a restraint founded on fundamental principles of federalism.6 Pollak admitted the approach of the Justice Department under Marshall and Doar was “subject to a lot of criticism. During the period when he [Marshall] was Assistant Attorney General, the civil rights organizations were having sit-ins and other significant activities in the South which led to attacks on individuals and civil rights organizations.

Many people thought that the federal government should have taken over the police function in communities where these attacks were occurring. It was the view of Burke and John Doar in those days that the federal government could not and should not do so. I think that was the correct view, except where compliance with the orders of a federal court was at issue as in the case of the admission of James Meredith to the University of Mississippi or the Selma-Montgomery march where the Alabama [national] guard was federalized. There are occasions in law enforcement where supervening federal authority is proper. But in general… if we are going to have a civil society that is able to navigate on its own, Uncle Sam can’t step in on the way and take it all over.”7

While no one should forget the foresight and courage of the leaders and marchers in the civil rights battles, neither should one overlook the contribution of Doar, Marshall, Pollak, and the relatively small number of lawyers at the Justice Department who wrote the laws based on their experience litigating voting rights cases in the South, worked to win their passage, and enforced them.