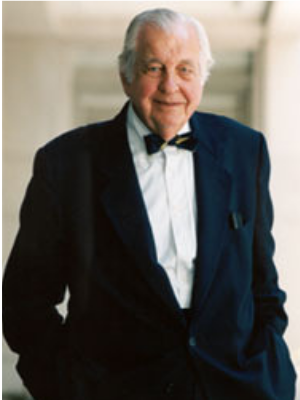 Few lawyers in private practice have equaled John Pickering’s extraordinary record of service to the profession and to the courts in Washington, D.C.  After a clerkship with Justice Frank Murphy and service in the Navy during World War II, John began practice in D.C. with John Wilmer in 1946.  In 1962, he co-founded the firm Wilmer, Cutler & Pickering along with his friend and preeminent lawyer Lloyd Cutler.  The firm, which in 2004 merged with Hale & Dorr to become WilmerHale, became one of the most prominent and influential firms in Washington, with a heavy emphasis on pro bono work and public service.

John continued to practice law, mentor young lawyers, and devote extraordinary efforts to civil rights and the organized Bar until shortly before his death in 20005 at age 89.  Among many other positions and honors, John served as President of the D.C. Bar in 1979-1980, and received in 1999 the highest honor bestowed by the American Bar Association, the ABA Medal, for “conspicuous service in the cause of American jurisprudence.”

John’s oral history is unusual in that it consists of a single interview, focusing largely on his experiences with federal judges in the District of Columbia over the years.  The cases he mentions range from the Steel Seizure Cases during the Truman administration, to the defense of the House of Representatives in Congressman Adam Clayton Powell’s challenge to his expulsion from that body, to defense of the Los Angeles Times against a defense subpoena in the Watergate burglary trial.  His characterizations of judges are often pithy and memorable – for example, Alexander Holtzoff “the irascible,” Luther Youngdahl “the head knocker,” James Kirkland “the unready,” and Harold Leventhal whose great sense of humor “gave the lie to [the saying] ‘sober  as a judge.’”  Of Judge John Sirica, he observes that “some [judges] rise to a particular occasion in a way that would not have been expected.”  He praises the compassion and sense of humor of Chief Judge Aubrey Robinson, “one of my real heroes on the District of Columbia bench.”

Each of John’s discussions of judges is illustrated by amusing anecdotes from cases where he appeared before them, and often include perceptive illustrations of tactics by lawyers who followed John’s advice to “know something about your judge.”  A good example is John Wilson’s heavy reliance during argument in the steel seizure cases on opinions of Justice James Clark McReynolds, one of the most cantankerous and least respected Justices, which was surprising to those who did not know that his judge in that case – David Pine – had been a top assistant of McReynolds during his service as Attorney General.

The oral history of John Pickering, while regrettably short, is an entertaining read about the personalities of the federal courts in D.C. during the second half of the twentieth century, and about a lawyer who obviously enjoyed his experiences before them.

Civic and Community Activities
Moderator, Westmoreland Church
Vice President, Hospice Care of D.C.
Chair of miscellaneous bar and court committees including Advisory Committee on Procedures and mediation program of U.S. Court of Appeals, D.C. Circuit, and chair of ABA Commission on Legal Problems of the Elderly

Publications
Federal Restrictions on State Criminal Procedure, University of Chicago Law Review, 1946
Howard: Mr. Justice Murphy, A Political Biography, Harvard Law Review, 1971
Death and the Law: What is the Right to Die? Winkelman Lecture presented at the University of Michigan, 1989