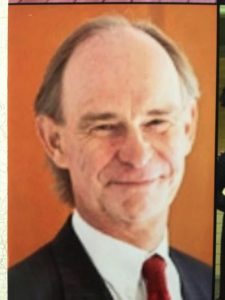 The Oral History of John W. Nields, Jr.:  An Overview

By Elizabeth A. Cavanagh

Based on John Nields’ Oral History for the D.C. Circuit Historical Society

John W. Nields played a pivotal role in some of the most important political and legal dramas of our time.  From the influence-peddling scandal of “Koreagate” to the trial of former FBI Deputy Director Mark Felt (subsequently revealed to be the “Deep Throat” of Watergate fame), to the Iran-Contra affair and the representation of former Clinton Administration official Webster Hubbell, Nields was a powerful advocate for diverse interests while adhering to the highest standards of our profession.  He also was instrumental to improving D.C. residents’ access to pro bono representation through his leadership of the D.C. Bar and his commitment to public service.

Nields was born in New York City in 1942.  In his oral history, taken by Elizabeth A. Cavanagh over six sessions, he recounts his early years growing up in Manhattan in the late 1940s and early 1950s, and outdoor vacations with his parents and three sisters (and later with his own children and grandchildren) in the Adirondacks.  Like his father, he attended Yale College.  While a student at Yale, Nields married Gail Tenney, with whom he later raised three daughters.

Nields found his professional calling at University of Pennsylvania Law School—“it was a life-changing experience”—and went on to work for several years in the U.S. Attorney’s Office for the Southern District of New York (“the best job in the world”), where he ultimately served as chief appellate attorney.  In the mid-1970s, Nields proudly served as a law clerk for Supreme Court Justice Byron White, during terms that included such important cases as Goss v. Lopez (1975), Fisher v. United States (1976), and Buckley v. Valeo (1976).

Political events called him to Washington abruptly in 1977, when he was named chief counsel to a House ethics committee investigating “Koreagate,” involving allegations of influence-buying on Capitol Hill by South Korean nationals.  Nields subsequently served as chief prosecutor in the trial of FBI officials Mark Felt (“Deep Throat”) and Edward S. Miller, who approved secret searches without warrants or probable cause into homes of innocent Americans as part of the FBI’s investigation of the radical Weather Underground.

Nields is perhaps best known as the chief counsel for the House Select Committee to Investigate Covert Arms Transaction with Iran.  As such, he helped lead the investigation of the Iran-Contra affair in 1987 and questioned key witnesses including Lt. Col. Oliver North, National Security Advisors John Poindexter and Bud McFarlane, and Attorney General Edwin Meese.  Much of the testimony was televised live and attracted a great deal of media and public attention.  In his oral history, Nields discusses the investigation and hearings in detail, as well as his perspective on their place in our political history.

Nields was drawn back into the public spotlight late in the 1990s, when he defended Webster Hubbell in connection with independent counsel investigations of former President Bill Clinton.  In connection with that defense, Nields shares his evolving views about the role of the independent counsel and the potential risks of special investigations into high-profile political figures—more generally, as he puts it, “our justice system . . . being coopted by our political world.”  He also recounts his experience over several decades with the increasingly rancorous partisanship impacting such investigations.

Throughout his career, countless D.C. residents benefited from Nields’ pro bono service.  For example, his representation of a class of homeless individuals in the late 1980s led to expanded shelter space and additional housing construction for our most at-risk citizens.  Moreover, during the early 2000s, as President of the D.C. Bar, as well as Chair of its Pro Bono Committee, Nields oversaw successful efforts to encourage D.C. firms to report their pro bono hours as well as value those hours by counting them toward firm hours requirements.

In addition to his high-profile political representations and public service, Nields maintained a busy antitrust and white collar practice, first as a partner at the Howrey firm and then, after the dissolution of that firm, at Covington & Burling.  In his oral history, Nields offers insights into the nature of private practice and its evolution over the last several decades, as well as advice to young lawyers just starting out.  He also shares warm reminiscences about his lifelong relationship with music and artistic expression, including as a long-time performer in and booster for the Washington Revels.

Nields’ oral history reflects the breadth of his professional and personal experiences as well as his commitment to the rule of law, professional ethics, and democratic values. 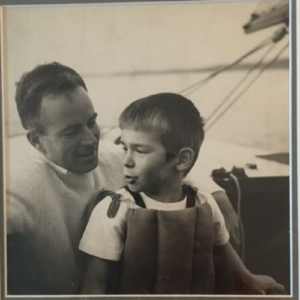 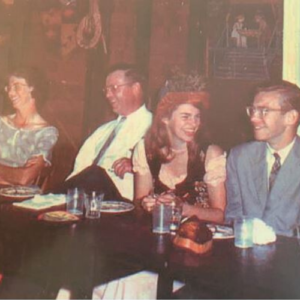 With parents and sister at Adirondacks circa 1957 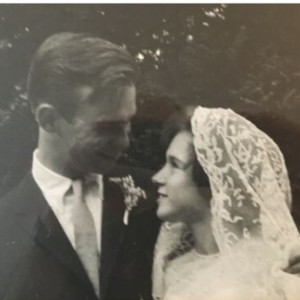 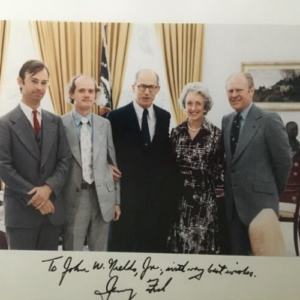 With Justice White and President Ford circa 1975 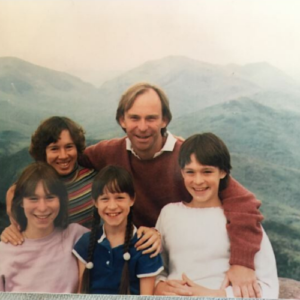 With wife Gail and daughters 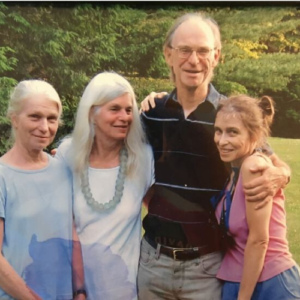 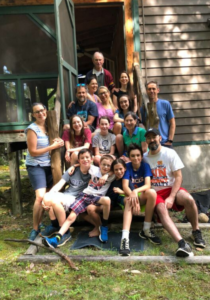 The full catastrophe circa 2018 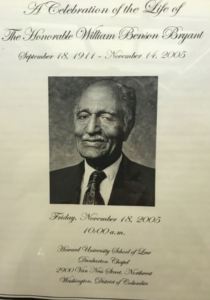