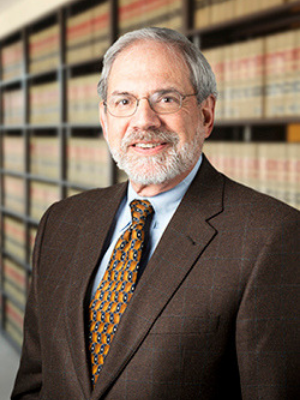 Too Many Careers to Count: Irvin B. Nathan’s Remarkable Story

By Sheldon Krantz
Based on Irvin B. Nathan’s Oral History for the D.C. Circuit Historical Society

Where to begin in describing Irv Nathan’s multifaceted career is a daunting challenge. His many illustrious positions include Attorney General for the District of Columbia; General Counsel, U.S. House of Representatives; Deputy Assistant Attorney General and Principal Associate Deputy Attorney General, U.S. Department of Justice; and Senior Partner, Arnold & Porter. Listing these positions alone does not begin to reflect all that Irv has done to pursue his many public interest goals in the District.

After graduating from Columbia, Irv clerked for Judge Simon E. Sobeloff on the U.S. Court of Appeals for the Fourth Circuit. He then joined Arnold & Porter for the first of three stints there. Irv’s many significant clients at A & P included Bowie Kuhn, the then Commissioner of Baseball, in a case brought against him by Charles Finley, owner of the Oakland Athletics. Finley was challenging the Commissioner’s authority to block the sale of players. Irv and other A & P lawyers assigned to the case prevailed even though Jimmy the Greek was quoting 8-to-1 odds that Finley was going to win. Jerome Holtzman, a Chicago sports writer, referred to Irv’s performance during the trial as a “bulldog in the courtroom,” which is an apt description of Irv’s trial skills.

That case is just one of many highlighted throughout Irv’s oral history interviews. Others include his involvement in ABSCAM during the time he was Deputy Assistant Attorney General; his successful and groundbreaking efforts to enforce a subpoena issued to President George W. Bush’s White House counsel Harriet Miers while he served as General Counsel for the U.S. House of Representatives; and the unprecedented corruption lawsuit he brought against a sitting member of the D.C. City Council as the D.C. Attorney General.

Irv’s role in ABSCAM, an elaborate undercover investigation of Members of Congress, is typical of his tenacity and creativity. Irv was assigned responsibility for coordinating the various investigations involving the use of a colorful convicted con man, Mel Weinberg, and FBI agents who portrayed themselves as wealthy Arab sheikhs or their representatives. While controversial and understandably unpopular in Congress, the ABSCAM investigation resulted in numerous convictions, all affirmed on appeal. ABSCAM served as the basis for the movie American Hustle, staring Bradley Cooper, Amy Adams, and Jennifer Lawrence. Ironically, the con artist in the movie was named Irving.

Even though the D.C. Attorney General’s Office does not have criminal jurisdiction, Irv pursued a first ever civil law suit against Harry Thomas, Jr., a member of the D.C. City Council, who had taken $400,000 of city money earmarked for Little League Baseball for his personal use. Pursuing this case was a sensitive matter because Thomas was a close personal friend of then Mayor Vincent Gray. But Irv’s actions reflected his commitment to the independence of the Attorney General’s Office, a commitment which takes on added importance today. Irv’s view from the beginning was that his client was the municipality of the District of Columbia – not the Mayor. It was also to the Mayor’s credit that he did not take a contrary view.

In reading his interviews, you will deservedly be impressed with Irv’s devotion to pro bono work and to providing skillful leadership to non-profit organizations in the District.

Finally, Irv’s well-known sense of humor and active use of puns are evident throughout his interviews. When I asked him where his propensity for humor came from, Irv attributed much of it to his father and mentioned the standard joke they shared. “A son comes into the living room where his father is watching a baseball game between the Yankees and the Orioles and asks the father, ‘What’s the score?’ The father says, ‘It’s 5 to 3,’ and the son asks, ‘Who’s winning?’ And the father says ‘5.’” Anyone who knows Irv will chuckle and say, “That is the Irv I know, admire, and love. He is a one of a kind.”

Courtesy of the Nathan Family 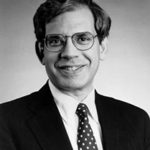 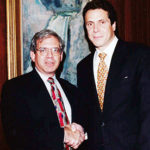 Irvin Nathan pictured with Andrew Cuomo, when he was Secretary of Housing and Urban Development, mid-1990’s 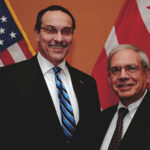 Irvin Nathan pictured with Vincent Gray, when he was the Mayor of the District of Columbia, 2011