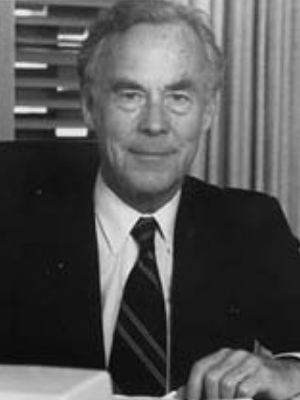 Based on James C. McKay’s Oral History for the D.C. Circuit Historical Society

James Creighton McKay was a leading member of the Washington, D.C., bar for over 60 years.  A skilled and successful trial lawyer, he represented the National Football League (NFL), among other major clients.  McKay is perhaps best known for his work as an Independent Counsel beginning in the late-1980s, investigating influence-peddling allegations against Reagan Administration officials.  McKay’s oral history is not only an account of an admirable and consequential legal career, it is a window into Washington and U.S. history from the early twentienth century through the eyes of a thoughtful participant with a remarkable memory.

McKay was born in South Pasadena, California, but moved as a child to Washington, where his father worked for the Department of Agriculture.  In his oral history interviews, he describes fond memories of his youth in D.C., which he says was in those days a place “virtually without crime and without fear.”  He recalls the city was “turned upside down” in 1924 when the Washington Senators won the World Series.  Even though he was only seven years old at the time, he had vivid memories of watching the progress of the World Series games on a huge board set up outside of Walter Reed Hospital.  A darker memory from his youth was the “Bonus March” in 1932, in which thousands of World War I veterans marched to Washington with their families during the Great Depression.  The marchers sought early access to bonuses they had been awarded by legislation.  They set up camp in Anacostia, in what became known as “Hooverville,” after president Herbert Hoover.  McKay talks about his outrage when General Douglas MacArthur ordered U.S. Army personnel to disperse the marchers using tear gas.

McKay attended Cornell University, graduating from the Agriculture school in 1937.  He worked in a few agricultural marketing jobs and then at the Department of Agriculture and began attending law school at Georgetown Law in the evenings.  But in November 1941, with war on the horizon, he joined the United States Navy and received his commission as an ensign.  For most of the war he served on or commanded a submarine chaser.  In the oral history he recounts with clarity and detail many colorful stories about that time as well as his memories of Pearl Harbor, D-Day, President Roosevelt’s death, V-E Day, and the bombings of Hiroshima and Nagasaki.  In June 1943, while still in the Navy, McKay married Mary Anne Hunter; they were married for 72 years.

After the war, McKay returned to Washington, D.C., and picked back up at Georgetown Law in the evening.  He had intended to return to a job at the Department of Agriculture, but instead accepted a law clerk position at a firm that was then called Covington, Burling, Rublee, Acheson & Shorb.  The decision to go to a law firm rather than the government was difficult because at that time the government paid far more than law firms.  Nonetheless, the work was more interesting to him, so in 1945 he began a relationship with the firm that would be his home base for the rest of his career.  He became an associate at the firm in 1946 and a partner in 1957.  In 1948 McKay left Covington to be an Assistant United States Attorney for the District of Columbia, but the firm lured him back in 1949.

Taking advantage of the considerable trial experience he acquired during his time in the U.S. Attorney’s office, McKay became an active trial lawyer as well as a general litigator and antitrust lawyer.  He represented many clients over the years, but the one he discusses most in the oral history is the NFL.  He worked on NFL matters first with then-senior partner – later United States District Judge – Gerhard Gesell and later with Paul Tagliabue, who later served as NFL Commissioner from 1989-2006.  McKay tells stories about many significant cases he handled for the NFL, including defending the NFL in an antitrust action by the American Football League (AFL) that, when the NFL won, led to the NFL-AFL merger in 1970.  Unlike most trial lawyers, McKay even talks about some cases he lost.  McKay’s stories about his NFL cases involve a “Who’s Who” of NFL owners, stars, and personalities over the years.

In 1986, McKay received a call from Judge George MacKinnon of the U.S. Court of Appeals for the D.C. Circuit, asking him to take on an investigation into a Justice Department official (Theodore Olson).  At the time, legislation gave a special panel of the D.C. Circuit the responsibility to appoint an “independent counsel” to investigate certain allegations against current or former senior officials.  McKay was unable to accept the appointment, but, a year later, Judge MacKinnon called again, and in 1987 McKay was appointed Independent Counsel to investigate former Reagan White House official Lyn Nofziger.  Nofziger had been accused of conducting illegal lobbying activities on behalf of the government contracting firm Wedtech after he left the White House.  The investigation later expanded to include similar allegations of illegal influence on behalf of Wedtech against then-Attorney General Edwin Meese.

McKay put together an impressive team to pursue the dual investigations.  He hired two deputies, one for each investigation, both of whom were women; one, Lovida Coleman, was Black.  In his interviews, McKay did nothing to trumpet this fact, which was quite unusual in the practice of law in 1987.  McKay’s team pursued a criminal prosecution of Nofziger, who was convicted by a jury of criminal lobbying violations.  That conviction was overturned on appeal by the D.C. Circuit – a decision about which McKay was very critical.

In a move that was somewhat controversial at the time, McKay and his team declined to prosecute Attorney General Meese, even though they believed they could prove he engaged in some criminal acts.  McKay explains in the oral history that he and the team believed Meese’s criminality was more careless than venal or self-interested.  McKay did not believe a prosecutor would indict an ordinary citizen under the same circumstances, so he declined to do so for Meese.  He also resisted the temptation to expand his investigation to include additional targets.  McKay believed that other independent counsels had abused the independent counsel authority and “went haywire in their investigations, wasting millions of dollars,” in some cases irresponsibly “wrecking [the] reputations and lives of their victims.”  McKay’s team issued an 800-page report recounting the progress of their investigation and their findings, which was praised at the time for its even-handedness.

Jim McKay, in his mid-80s at the time of his interviews in 2003, continued to practice law; he did so into his 90s.  He had an active pro bono practice representing veterans in adoption, custody, and other family cases and representing indigent criminal defendants.  He also spent a year in the Justice Department’s Professional Responsibility Advisory Office in 2001-2002.  The oral history is the story of McKay’s fascinating life and legal career.  More than that, it reveals throughout a man of integrity and humanity, who had nothing but praise for colleagues, friends, and family, and gratitude for all that he had experienced.

Jim McKay was born in South Pasadena, California. Except for the periods when he was in college and in the United States Navy, he has been a resident of the District of Columbia metropolitan area. He is a senior counsel at the Washington, D.C. law firm of Covington & Burling.

He attended several grammar schools in Washington, D.C., and also attended Gordon Junior High School and Western High School in that city. He graduated from the Agriculture College at Cornell University in 1938 with a BS degree. After working for several years in various agricultural jobs, including that of Assistant Marketing Specialist, U.S. Department of Agriculture, he sewed for four years as a resewe officer on active duty with the United States Navy during World War II.

His service included sea duty in the Atlantic as executive officer of two submarine chasers. From June of 1944 until the end of World War II he was the commanding officer of a 175-foot patrol craft, the USS PC 1596, operating in the Mediterranean theatre. He resigned his commission after attaining the rank of lieutenant commander.

While employed as a law clerk by the Covington firm, Jim attended night classes at the Georgetown University Law Center, receiving an LLB in 1947. He received an honorary LLD from the Georgetown University Law Center in 1989. He was an Assistant United States Attorney in the District of Columbia in the late 1940s. As an independent counsel from 1987 to 1990, he conducted the investigations of Lyn Nofziger, a senior advisor to President Reagan, and Edwin Meese, the Attorney General of the United States during the Reagan administration.

For most of his legal career, Jim has been a trial lawyer at Covington & Burling, first as an associate and later as a partner in that firm. He participated in many trials and appellate oral arguments, involving civil and criminal cases, in a number of jurisdictions in the United States. For the past eight years, he has represented veterans on a pro bono basis before the United States Court of Appeals for Veterans Claims.

He also has represented parties in adoption, child abuse and neglect, and custody proceedings in the Superior Court of the District of Columbia. For a period of one year in 2001 and 2002, he was a special government employee of the U.S. Department of Justice, serving as a Legal Advisor with the Professional Responsibility Advisory Office.

He has sewed since the early 1970s as a court-appointed trustee of the George Preston Marshall Trust, and as president of the George Preston Marshall Foundation, a charitable organization which, over the years, has made many millions of dollars of grants to organizations concerned with the health, education and welfare of children in the District of Columbia, Maryland, and Virginia.

Jim resides with his wife, Mary Anne McKay, in Chevy Chase, Maryland. They have three grown children and three grandchildren.

Courtesy of the McKay Family 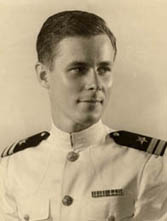 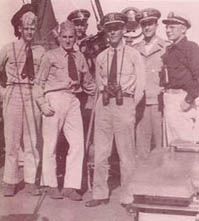 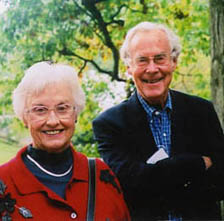