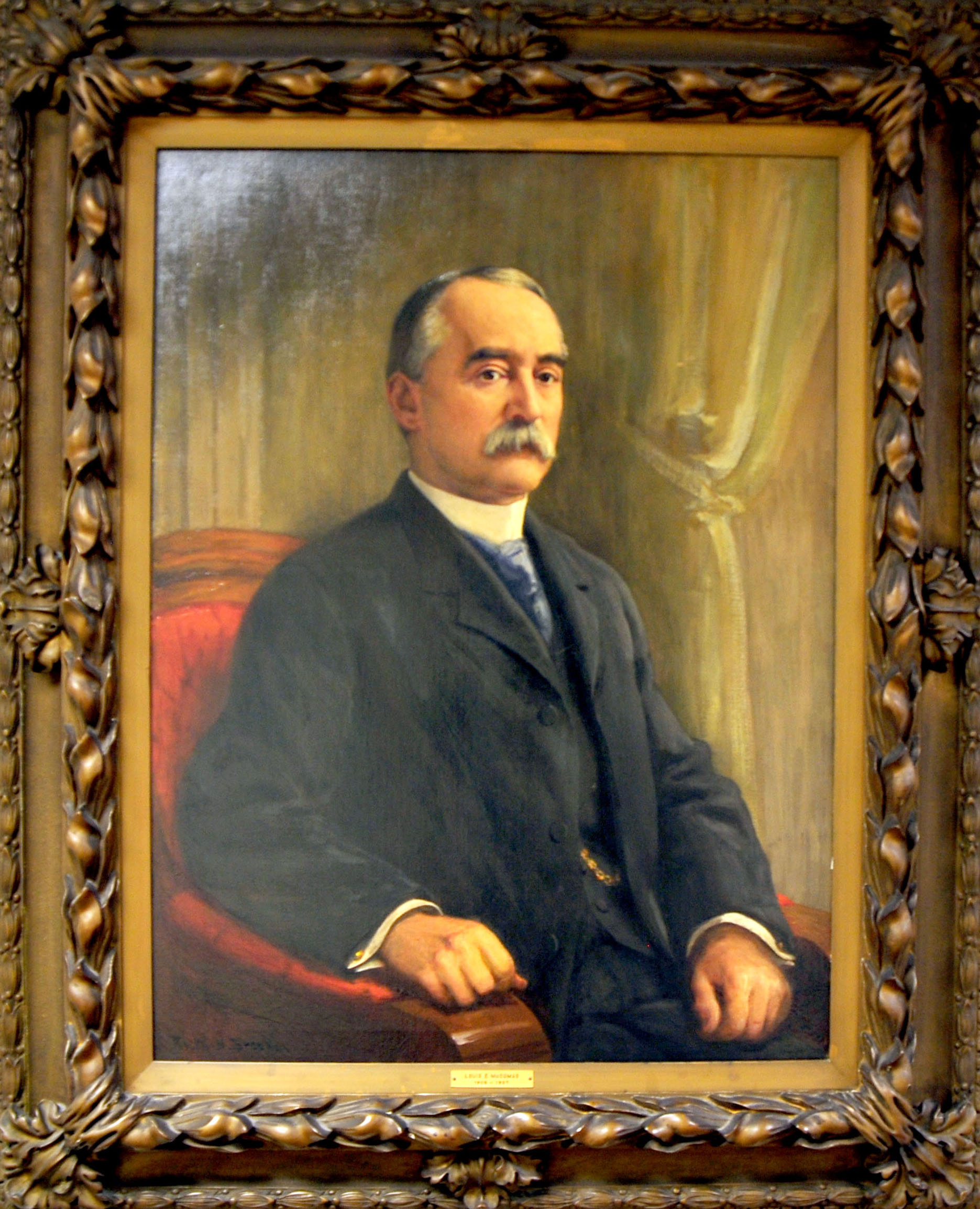 Associate Justice, U. S. District Court for the District of Columbia [Supreme Court of the District of Columbia]. Received a recess appointment from Benjamin Harrison on November 17, 1892, to a seat vacated by Martin V. Montgomery; nominated to the same position by Benjamin Harrison on December 6, 1892; Confirmed by the Senate on January 25, 1893, and received commission on January 25, 1893. Service terminated on March 3, 1899, due to resignation.

Artist
Richard Norris Brooke (1847 – 1920), a native of Warrenton, Virginia, studied at the Pennsylvania Academy and then in Paris with Leon Bonnat, a realist and portrait painter. One of Mr. Brooke’s paintings, Pastoral Visit, a portrait of an elderly black minister with a family of his parishioners, was for years one of the most popular paintings at the Corcoran Gallery. Like many other portraits painted by Mr. Brooke, this is considered a sympathetic and dignified depiction of a fellow Southerner, an African-American man, painted in 1880, just years after the Civil War. Brooke viewed blacks as an “integral part of Southern culture and wanted to represent them as such.”