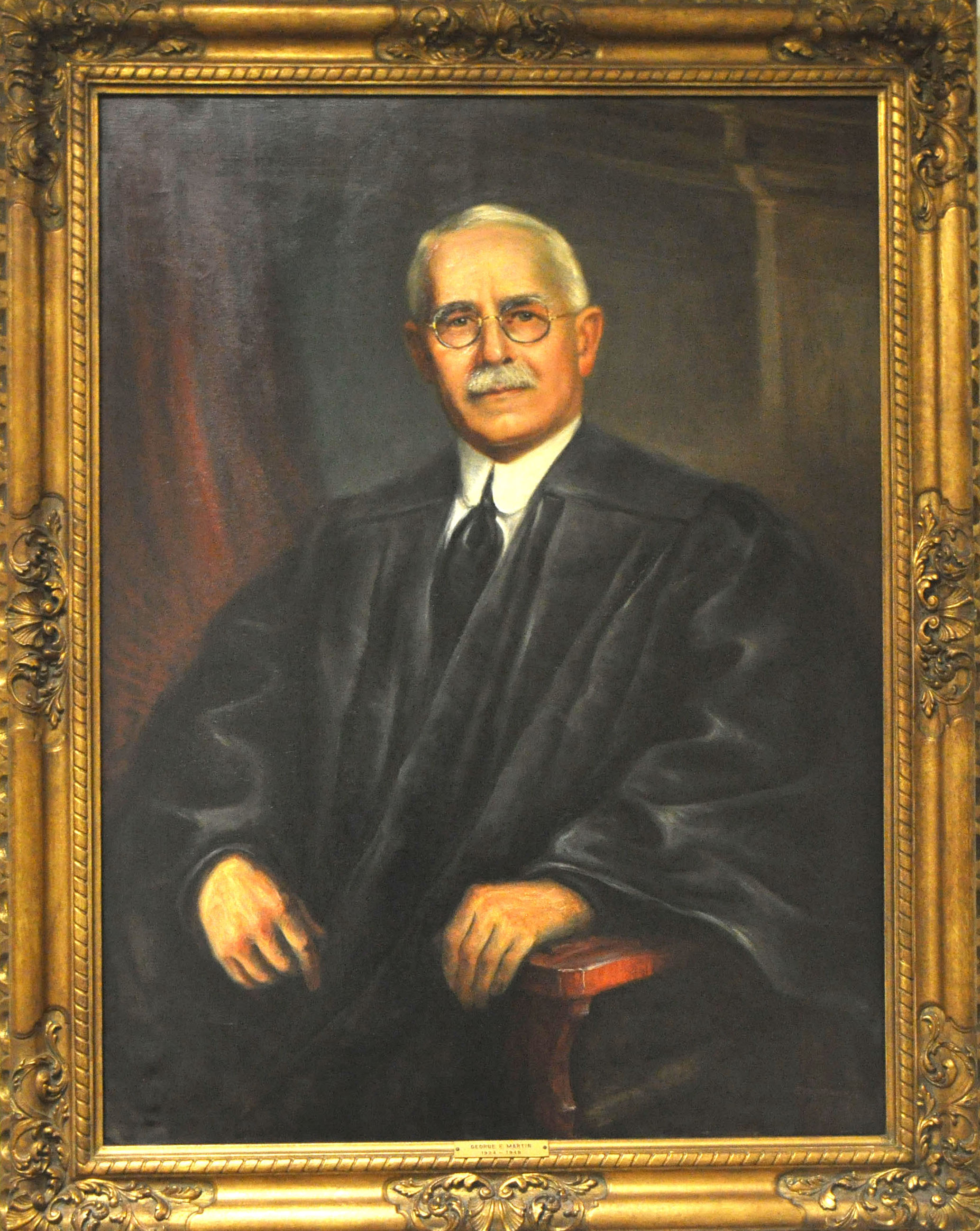 Chief Judge, U. S. Court of Customs Appeals (later Customs and Patent Appeals). Nominated by Warren G. Harding on December 28, 1922, to a seat vacated by Marion De Vries; Confirmed by the Senate on January 4, 1923, and received commission on January 4, 1923. Service terminated on May 24, 1924, due to assignment to another court.

Artist
Casimir Gregory Stapko ( 1914 – 2006) was a portraitist, painting restorer, and noted copyist of famous art works. He painted the portraits of Supreme Court justices, ambassadors, and private citizens throughout the Washington metropolitan area. His copies of famous works of art hang in the White House, Blair House, West Point, U.S. embassies, government agencies, the Cosmos Club, and in businesses and private homes in the United States and around the world.

Mr. Stapko began his career as a copyist in 1941 soon after he arrived in Washington from Milwaukee where he had been a house painter and owner of a construction company. At the peak of his career, he was producing as many as 70 works a year — copies as well as originals.

The son of Polish immigrants, Mr. Stapko left school after seventh grade and at the age of 13 was apprenticed to church painters who taught him to restore frescoes, paint murals, and apply gold leaf. He started a house painting business when he was18 and continued it until the outbreak of World War II when he was urged to move to Washington by Polish artist Eliasz Kanarek whose prominent connections helped Mr. Stapko receive portrait commissions. Mr. Stapko painted until late in life when he no longer had any feeling in his fingertips and his eyesight was failing him. He taught art until just before his death.