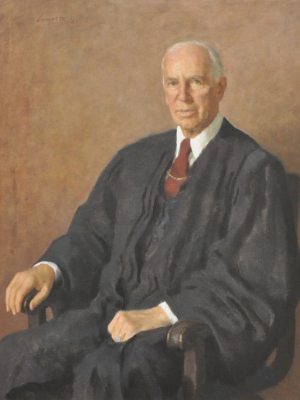 Judge George E. MacKinnon received his law degree from the University of Minnesota and was admitted to the Minnesota bar in 1929. As an undergraduate he lettered in football, basketball and track, and upon graduation he was awarded the Western Conference Medal for athletic and scholastic achievement. While in law school, Judge MacKinnon served as an editor on the Minnesota Law Review. From 1927 to 1932, he also served as Assistant Football Coach at the University of Minnesota.

Prior to his appointment to the federal bench in 1969, Judge MacKinnon practiced law, was elected and appointed to public office, and served in the military. Highlights from his professional and public service resume include: Assistant Counsel to Investors Syndicate (IDS) from 1929 to 1942; State Representative in the Minnesota Legislature from 1934 to 1942; Officer in the U.S. Navy from 1942 to 1946, where he was cited for meritorious service; United States Representative in Congress for the Third District of Minnesota from 1947 to 1949; United States Attorney for Minnesota from 1953 to 1958; Special Assistant to the U.S. Attorney General from 1960 to 1961; and as Chief Counsel and Vice President for Investors (IDS) Mutual Funds from 1961 to 1969. In addition, he was the Republican nominee for Governor of Minnesota in 1958.

While on the U.S. Court of Appeals, he also served as Presiding Judge, U.S. Foreign Intelligence Surveillance Court of Review (1979-1982); was appointed as U.S. Delegate to the Seventh United Nations’ Congress on the Prevention of Crime and the Treatment of Offenders (Milan, Italy, 1985); was designated by the Chief Justice as Presiding Judge, Special Division of the U.S. Court of Appeals for Appointment of Independent Counsels (1985-1992); and was appointed by President Reagan as Judge Member of the U.S. Sentencing Commission (1985-1991). In 1993, Judge MacKinnon assumed senior status, serving as a Senior Circuit Judge until his death on May 1, 1995.

Courtesy and copyright of the George E. MacKinnon estate 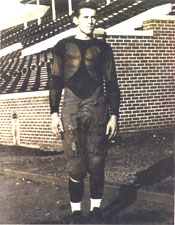 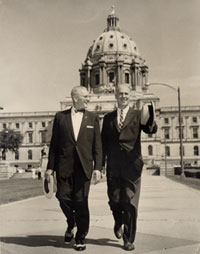 Congressman MacKinnon with Senator Thye, circa 1946 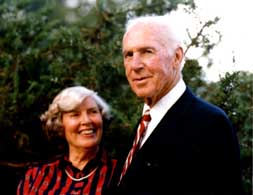 with wife Elizabeth MacKinnon, circa 1991

Artist
George Augusta, born in Boston, studied painting in Florence, Italy, while he served in the Army during World War II. Returning to the states, he became a student of the Boston School painter Ernest L. Major, and has painted portraits in oil and pastel for individuals and institutions in many parts of the country. He paints in a traditional impressionist style and particularly enjoys painting portraits of children. He also paints figures, landscapes, and still lifes.